Massive security arrangements have been made in Agra ahead of US President Donald Trump and the First Lady's visit on Monday. Trump's first official two-day trip to India is being closely observed by world leaders.

Massive security arrangements have been made in Agra ahead of US President Donald Trump and the First Lady's visit on Monday. Trump's first official two-day trip to India is being closely observed by world leaders.

The US president reached Ahemdabad at 11:40 am and was received by Prime Minister Narendra Modi. Trump and his wife also visited Sabarmati Ashram to pay homage to Mahatma Gandhi. The duo also tried their hands at spinning Gandhi's Charkha. 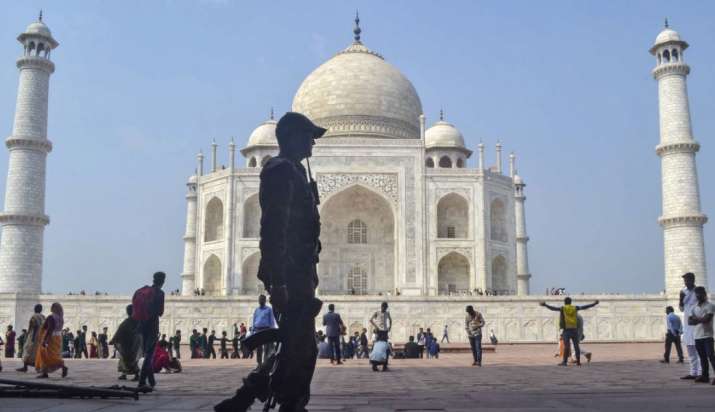 Meanwhile, the authorities at the Archaeological Survey of India had "advanced the dates" for mud-pack treatment for the graves of Mughal emperor Shah Jahan and wife Mumtaz Mahal at Taj Mahal in view of US President Donald Trump's planned visit to the famed mausoleum on Monday. The 17th Century monument to love, built over a period of nearly 20 years by Shah Jahan in memory of his wife after her death in 1631, is being refurbished to welcome the American leader and US First Lady Melania Trump. 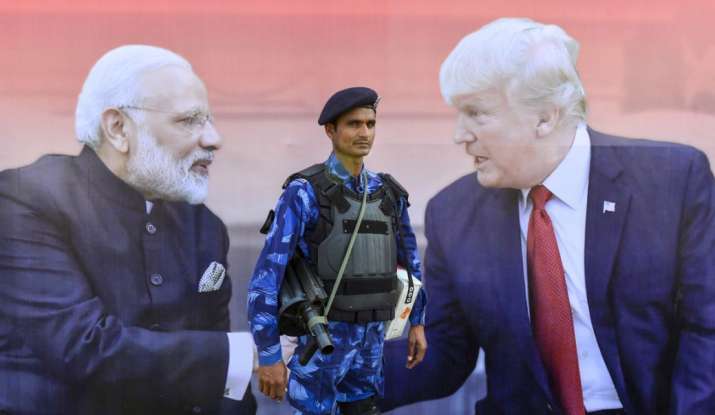 "The red sandstones of the Taj complex are being cleaned of stains from weather, fountains have been spruced up and extra stock of shimmering flowers added in gardens to enhance the glory of the monument," ASI Agra Circle Superintending Archaeologist Vasant Swarnkar said.

The ASI official said the world heritage site was also getting ready to welcome Trump just like Agra was being decked up for his visit on Monday evening. "We have already done the mud-pack treatment of the two royal graves. It is done with 'multani mitti' and takes a couple of days," Swarnkar told PTI. "After the treatment, it is cleaned with distilled water. It was done in the last few days."

Asked if the special treatment was being given after a long time, he said such works were carried out regularly and its date was due in coming time. "But, we preponed the mud-pack dates keeping in view the visit of the US president," the official said. 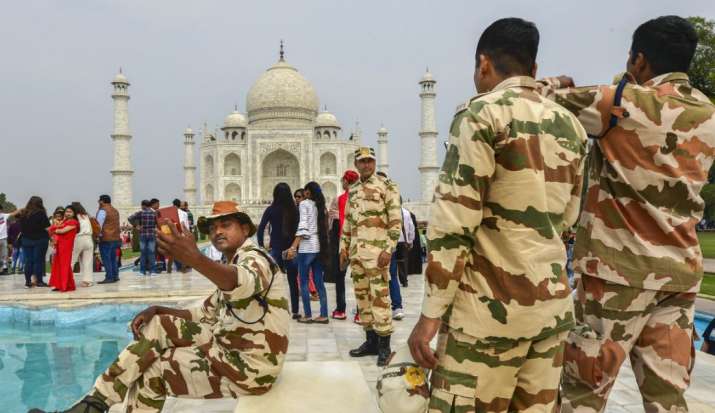 Swarnkar said the Taj Mahal would be closed to visitors in the second half of the day, adding the tickets would be issued till 11.30 am and it will be cleared of visitors by noon. According to Agra District Magistrate Prabhu N Singh, Trump is scheduled to arrive at the Taj Mahal at 5.15 pm on Monday and will spend about an hour at the complex.

"From the airport, the US president's convoy will travel till the Oberoi Amarvilas hotel situated near the East Gate of the Taj Mahal complex.

"From there, the president and his family, and members of the high-level delegation accompanying him will move into eco-friendly golf carts to travel into the monument premises," Singh said, adding about 20 golf carts would ferry them. 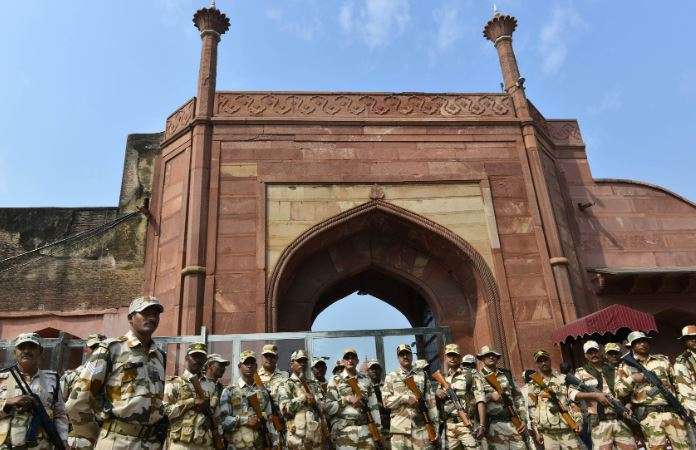 As per Supreme Court directions, petrol or diesel-operated vehicles are not permitted within 500 metres of the Taj Mahal's gate. The architectural marvel, which entered the UNESCO World Heritage Site list in 1983, is made of white 'makrana' marble and red sandstones, and renowned for its intricate inlay work on the stone surface. Asked if the chandelier above the graves had also been refurbished, he said: "Yes, we did refurbish it." 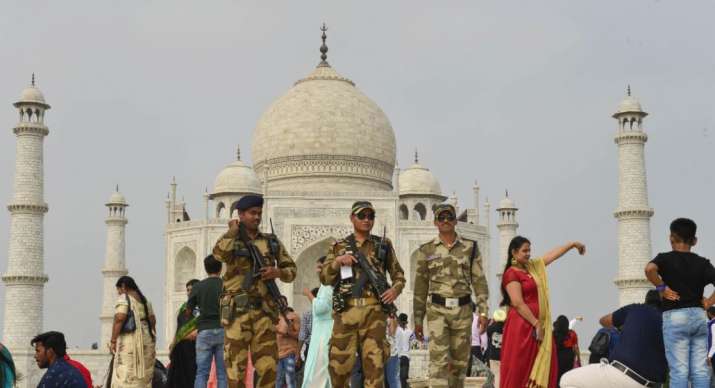 Taj Mahal, considered one of the seven wonders of the world, stands on the bank of Yamuna and is always high on the itinerary of visiting heads of state. In 2015, then US president Barack Obama was scheduled to visit the monument during his India visit. It is said he could not do so due to security reasons.

In 2000, President Bill Clinton and his daughter Chelsea Clinton had paid a visit to the famed monument. In all, the Taj Mahal covers an area of 60 bighas and the terrain gradually sloped from south to north towards the Yamuna in the form of descending terraces. The monument has some wonderful specimens of polychrome inlay art both in the interior and exterior on the dados, on cenotaphs and on the marble jhajjhari (jali-screen) around them, according to the ASI.

ALSO READ | From Eisenhower to Trump, list of US Presidential visits to India

ALSO READ | Khaman, Adrak Chai and Corn Samosa: Here's what will be on Trump's plate at Sabarmati