Jennifer Winget who is these days shooting for Code M will soon return on the small screen with Beyhadh 2. Not Kushal Tandon or Harshad Chopda, she will be seen romancing this Naamkarann actor this time.

Jennifer Winget happens to be one of the most popular and loved actresses of the small screen. She has won everyone’s hearts through her performance in a lot of shows like Kasautii Zindagii Kay, Saraswatichandra, Dill Mill Gaye, etc but the one that made her stand out from the rest was the role of Maya which she played in Beyhadh. Her acting as a psychopath won everyone’s hearts so much so that the makers even extended the off-AIR date after the request of her fans. She will soon be making a comeback on the TV screens through Beyhadh 2 and for the same the lead actor has been finalized.

The psycho-thriller that went off-air in 2017 had Kushal Tandon playing the lead role. When he was previously asked if he would join the second season he denied and told Bollywoodlife, "I have not heard anything about it. I am hearing about it from you. Honestly, I have done the show and enjoyed it immensely. I would like to take up something that's different." 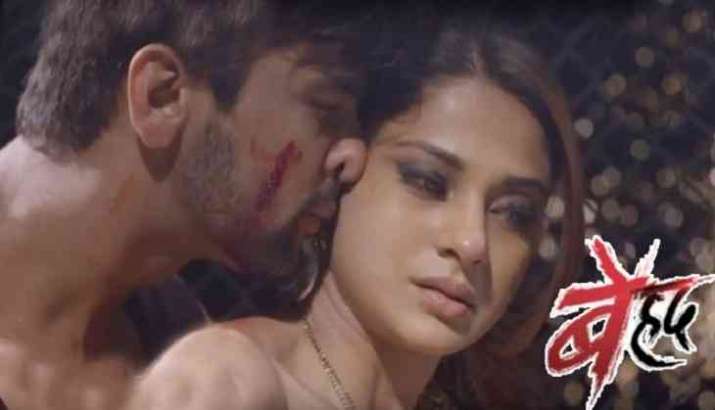 After him, there were reports of Harshad Chopda joining the cast, looking at the popularity the on-screen gained through Bepannah. But now it seems that the makers have some another actor in mind as Naamkarann actor Viraf Patel has been approached for the lead. A source close to the portal told TOI, "Yes, we are looking forward to roping in Viraf Patel for the part of the leading man on the show. However, there is a twist in the character he will play on the show, which will surely take his fans by surprise. He is a talented actor and we hope to recreate the 'Beyhad' magic with the new season."

The producer of the show Prateek Sharma in an interview earlier this year said, "Later part of the year we will start Beyhadh 2. The conversations are on. No information is given on that. Right now nothing is finalised. The storyline we have finalised though.” Talking about the storyline of the new show, he said, "Beyhadh has always been about obsession.”

Meanwhile, Jennifer these days is busy in the shooting of her first web series with ALTBalaji titled as ‘Code M.’ Have a look at some of her Instagram pictures here:

Well aren’t I a ray of pitch black?! Welcome to the Darkside.

They see him rollin’. They droolin’ Or maybe he be droolin’. Donno, with that pose, you can’t tell!

When it comes to footwear; I'm guilty, I have a fetish and with @skechersindia , I am spoilt for choice. Crushing over your new CALI range that feels comfy and looks stylish with any outfit. Each one, pick one #SkechersCali