Ditching their busy shoot schedules, actors Varun Dhawan and Janhvi Kapoor took to playing paintball with fans. Varun and Janhvi's fun-filled interaction with fans on Monday was actually a part of an initiative called Fankind, which has been launched by Arjun Kapoor's sister Anshula to raise funds for various causes.

Anshula has already got on board various celebrities to raise funds. Winning fans get to spend time with their favourite star. Varun shared a photograph on his Instagram stories and wrote: "Thank U @fanofficial and special thanks to @janhvikapoor for being such a sport and sorry for shooting u." 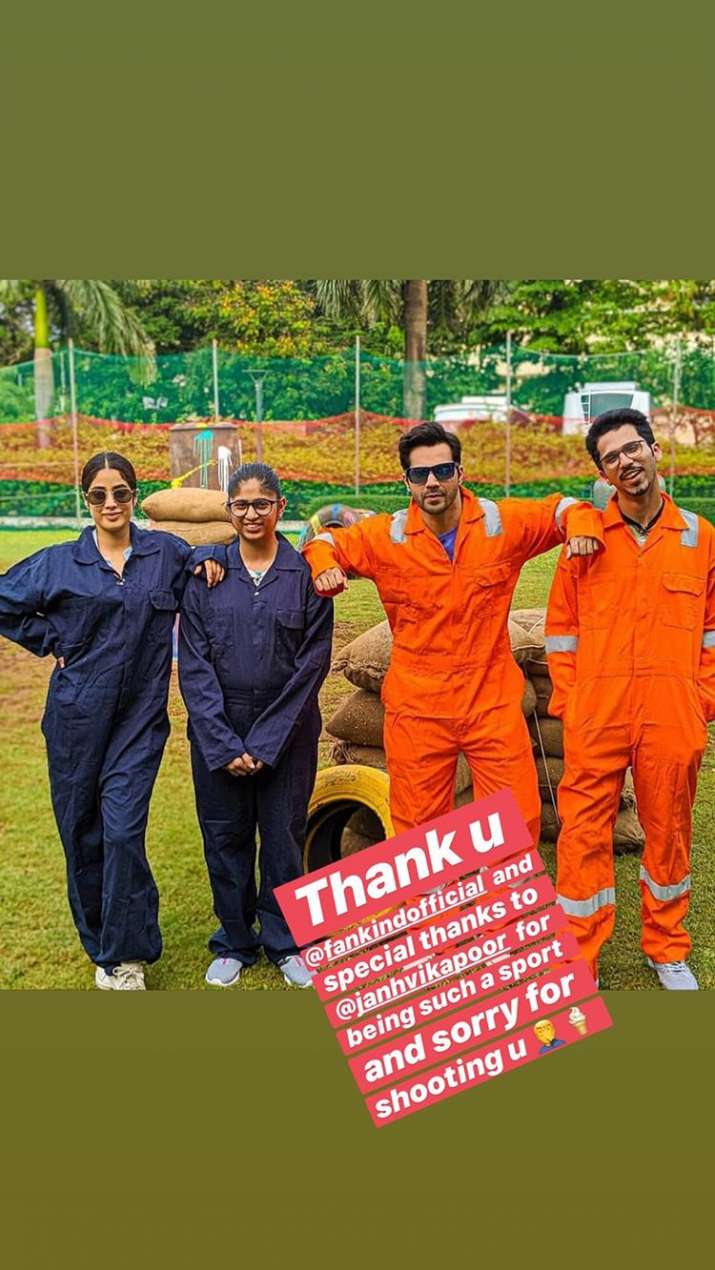 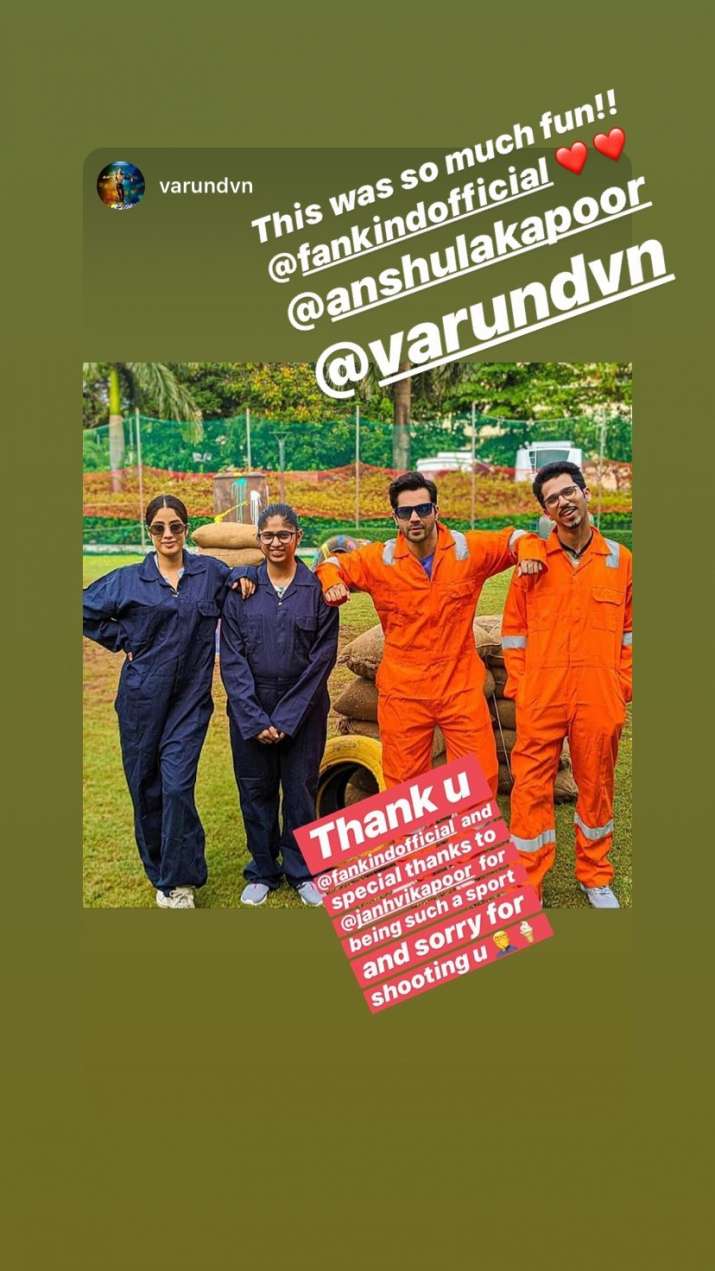 Earlier, stars like Alia Bhatt, Katrina Kaif, youtuber Prajakta Kohli and others have collaborated with Anshula for her initiative. Alia chose to bake a bake with one of her fans as the part of the initiative. Talking about the actress being onboard, Anshula had said, “I am extremely excited to have Alia on board Fankind. She made time to shoot the promotional bytes in between major commitments and I am so thankful that she and her team could include Fankind in her schedule. This just goes to show the love she has for her fans and how passionate she is about wanting to help raise money and awareness for animal welfare as a cause”.

Kartik Aaryan, Janhvi Kapoor and Lakshya's first picture together has raised our excitement for Dostana 2