The much-awaited trailer of Akshay Kumar-starrer spy thriller 'Bell Bottom' was released by the makers today on August 3. It shows the actor as a RAW agent and happens to be a spy ride thoroughly filled with thrills. See how fans are super excited about the film which is based on true events.

After much-wait, the trailer of Akshay Kumar-starrer spy thriller 'Bell Bottom' was released by the makers today on August 3. The film which was earlier slated to release in April 2021 will finally be seen hitting the theaters on August 19. Akshay alongwith his co-star Vaani Kapoor, producers Deepshikha Deshmukh and Jackky Bhagnani left for Delhi to launch the trailer of their upcoming film. He took to his social media handle and informed fans about the trailer release. The actor tweeted, "Bringing back the magic of the big screen with #BellBottom. #BellBottomTrailer out now."

Amongst multiple heinous airplane hijacks, India was made to face another such challenge in 1984. Bell Bottom, a RAW agent played by Akshay Kumar sees through the plan and thus, begins India's first covert operation. A story based on true events, led by BellBotom, that went on to create one of the most defining moments of the country.

Presenting the official trailer of BellBottom, a spy ride thoroughly filled with thrills.

Ahead the release of the trailer, Akshay even treated fans with a goofy video with Vaani in which the two of them seem quite excited about the release. He wrote, "As you can see, @_vaanikapoor_ and I are super excited for the #BellBottom trailer arriving today. Are you?" Akshay, on one hand, opted for a camouflage print athleisure while the actress stunned in an off-white Anarkali suit.

See their pictures from their trailer launch event where the actor was accompanied by wife Twinkle Khanna, son Aarav and daughter Nitara. 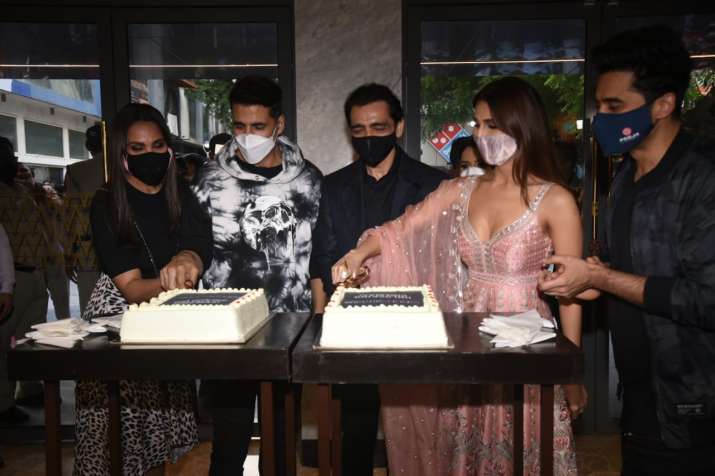 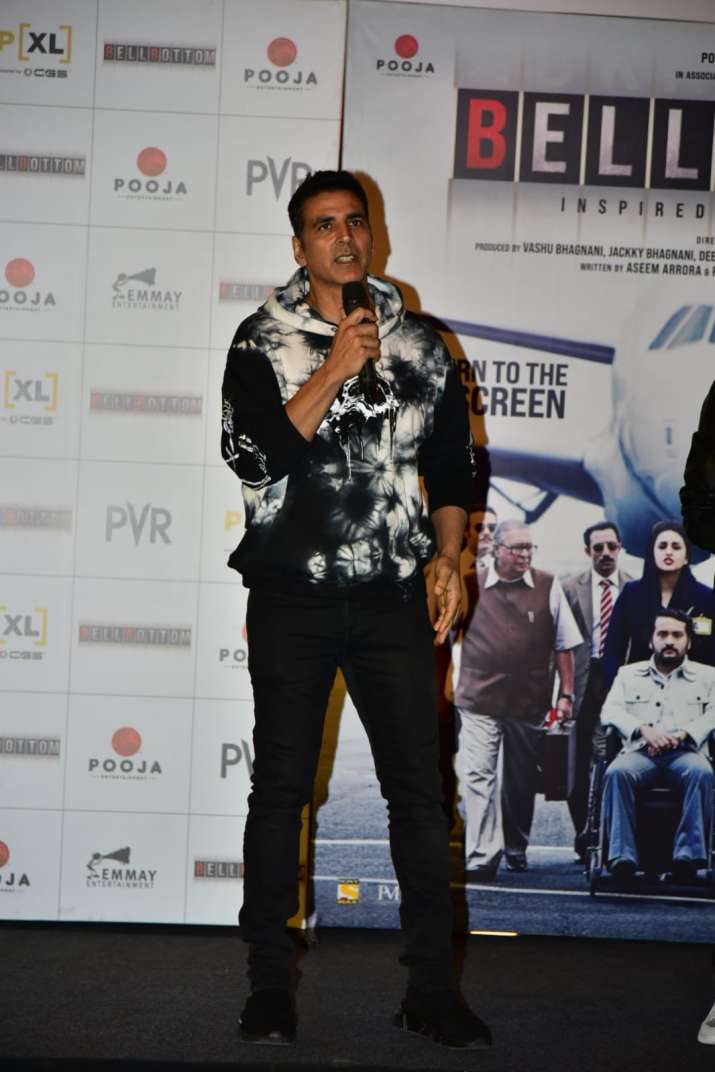 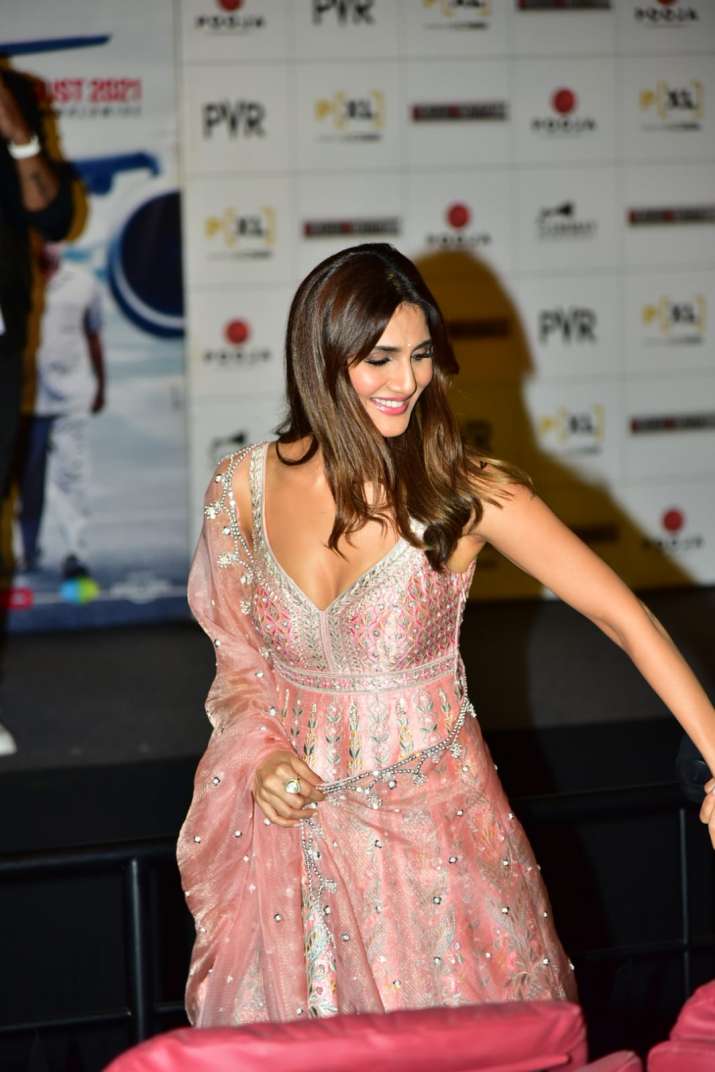 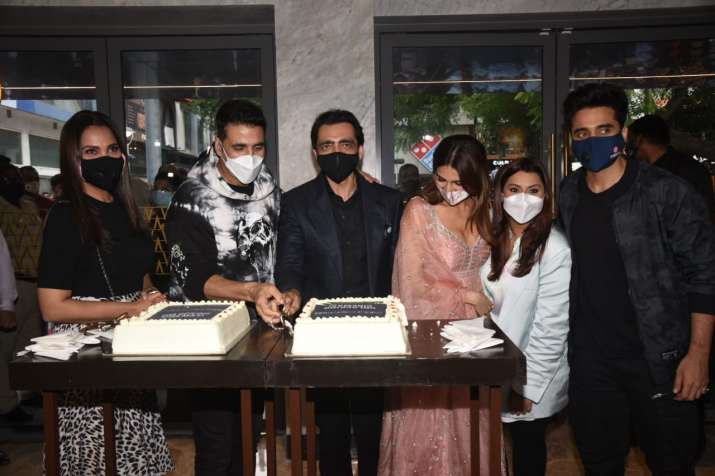 The first blockbuster slated to hit the big screen on August 19, Akshay Kumar and the producers made a hugely symbolic gesture of unlocking the cinemas at the film's trailer launch event. Akshay Kumar along with Cinema representatives from Inox, PVR, Cinepolis and single screen owners held a big key to indicate that the time to unlock cinemas has come. 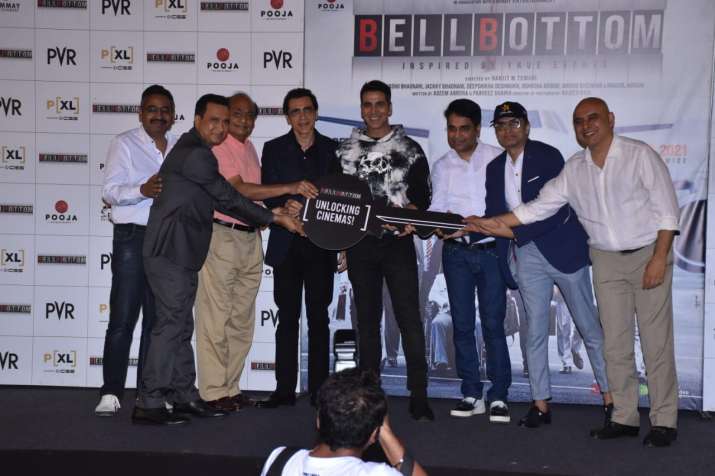 While the news of the film's theatrical release has cheered the industry as well the audiences, the trailer has raised the excitement level of the fans many notches higher. Have a look at how the film managed to grab a top spot in the Twitter trends on Monday evening:

Not only this, but he even shared that the film will also release in 3D. Taking to Instagram, Akshay shared a video of him wearing 3D glasses. "Poore feel ke saath thrill experience karna on 19th August. BellBottom also arriving in 3D," he captioned the post.

also read: Money Heist Season 5 Trailer Out: Wondering what will happen with Professor & his gang? Find out yourself!

For those unversed, the film happens to be an espionage thriller set in the 1980s. It was largely shot in Glasgow, Scotland, amid lockdown. Ranjit M. Tewari's directorial also stars Vaani Kapoor, Lara Dutta Bhupathi and Huma Qureshi.