Not only wrestler, Aamir Khan to don this role too for ‘Dangal’

New Delhi: Superstar Aamir Khan will not only be playing a wrestler in his upcoming movie ‘Dangal’ but don another hat as well. If reports are to be believed, Aamir will croon for a song

New Delhi: Superstar Aamir Khan will not only be playing a wrestler in his upcoming movie ‘Dangal’ but don another hat as well. If reports are to be believed, Aamir will croon for a song for ‘Dangal’. The song will not be just another one as Aamir is said to rap for it.

Staying true to his aura of Mr. Perfectionist he is, Aamir reportedly practised for two weeks before recording the song.

The song is composed by Pritam and penned by Amitabh Bhattacharya and the makers confirmed that it will have a rap touch to it.

Not only this, it is being suggested that through this peppy number Aamir will introduce his daughters in the movie. This introduction, it is being said, will have stark similarities with the way Shah Rukh Khan introduced his hockey team to the world. 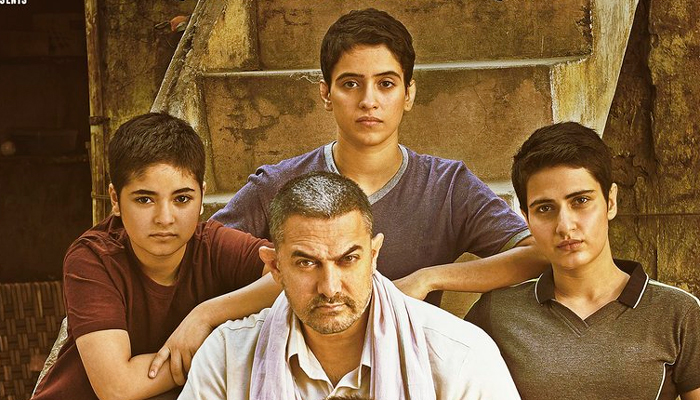 Reports suggest that the video will feature Aamir introducing his onscreen daughters, played by Fatima Shaikh and Sanya Malhotra.

Now, it would be worth seeing if Aamir’s rap too gets the same popularity as SRK’s.

This will not be the first time that Aamir will be lending his voice for his movies. In the past he did this for 1998 film Ghulam (Ae Kya Bolti Tu) and Sarfarosh (Is Deewane Ladke Ko). He has also lent his voice for reading out few lines between songs in Fanaa (Chanda Chamke).

In ‘Dangal’, Aamir Khan plays the role of legendary wrestler Mahavir Singh Phogat who fights for his daughters’ dreams. In the movie actress Sakshi Tanwar plays the role of Aamir's wife. 'Dangal' is slated to release on December 23 this year.