Why OnePlus 8T is the smartphone OnePlus could have done without

OnePlus has visibly changed its launch cycle over the years. From launching one smartphone a year, it has now come to launching four/year: an incremental upgrade to its smartphones each time and the ‘T’ series. However, this time, we also saw the entry of a new mid-range series with the OnePlus Nord, thus, further changing things for the company.

2020 has already seen the OnePlus 8/8 Pro, the OnePlus Nord, and now the company has launched the OnePlus 8T to kind of complete the order. While the three launches appear like a rightly-placed sequence, the OnePlus 8T raises questions with really little to offer this time. Hence, read on to know why the new OnePlus phone appears like an awkward product and why the company could have done without it

As a disclaimer, the opinions expressed are based on the launch of the OnePlus 8T that took place yesterday. This is not a review.

OnePlus began adding the ‘T’ to its smartphones back in 2016 with the OnePlus 3T to add upgradations to the existing device with almost the same price tag. That’s what I have been witnessing until last year. However, this year, the OnePlus 8T isn’t really an upgrade over the OnePlus 8 series but just a middle child between the OnePlus 8 and the OnePlus 8 Pro who seems confused.

Yes, the OnePlus 8T features upgrades and you can’t deny that. But, these upgrades feel like minor tweaks that didn’t need a phone this year. It lacks wireless charging and IP68 certification, which could have made it a definite option over the OnePlus 8, for Rs. 42,999. When I see the 2019 OnePlus launches, the OnePlus 7T was the option that turned heads. It had an upgraded Snapdragon 855 Plus SoC (the option to go for an upgraded processor has been seen in previous OnePlus 'T' phones), featured a 90Hz display for the first time, and then the different design. These reasons give you a reason to upgrade and not just the small additions. 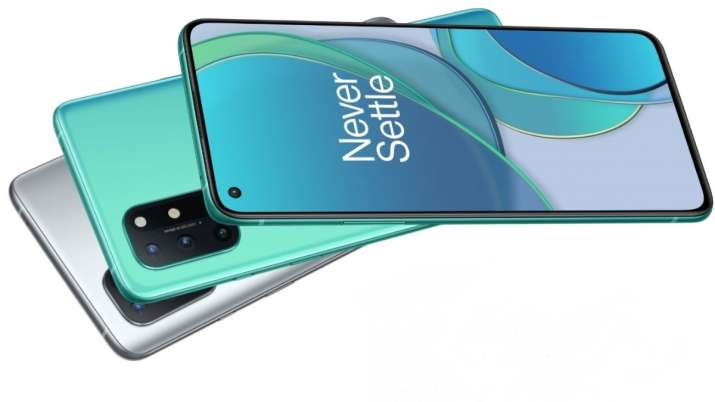 This brings me to the confusing launch cycle OnePlus has been following now. It has scattered in different directions, which can prove good for users but it only confuses them.

The OnePlus 8T is nowhere a smartphone that will make you cringe. It comes with a number of things that are exciting. But, this doesn’t dismiss the fact that OnePlus could have done better. If a OnePlus 8T Pro didn’t make it because the level of upgradation has been achieved, the OnePlus 8T brings the same question too. It’s always better to see a new smartphone with more changes and additions as compared to its predecessor than launching one with fewer changes and creating confusion. OnePlus has proved to be the ground-breaking company for its high-end devices with lower prices tags. And it gives us more of a reason to expect the company to do better and bring more such products.

Having said that, the OnePlus 8T is an option to go for if you have been using a OnePlus 7 or lower or you are getting into the OnePlus arena for the first time. But, if the OnePlus 8 is available for a much lower cost right now (considering the huge Amazon India sale that is about to begin), I feel that it can be bought knowing that the camera change isn’t drastic, and the 30T fast charging and the 90Hz display are equally good.

But, if you are looking for the slightest upgrade, the OnePlus 8T is an option you would like. And if you are looking for a much cheaper option, you can go for the latest Xiaomi Mi 10T series, which is priced under Rs. 40,000 and offers a 144Hz display, a Snapdragon 865 processor, 108MP triple rear cameras, and lots more.