In an exclusive interview to indiatvnews.com over e-mail, Dr Ferdinands, who is also a former first-class cricketer and an international cricket coach, talked about how bowlers will have to evolve themselves in a saliva-free world.

Cricket boards have been eager to resume action, having been financially hit owing to the ongoing coronavirus pandemic that has halted international cricket since March. Fixtures are being chalked out, logistical issues are being looked at even as the boards remain in constant touch with each other trying to agree upon dates to return to the 22 yards. However, cricket in general is set to witness quite a few changes post lockdown which are required to secure the players in what seems a long-drawn battle against the novel coronavirus.

One of the many changes made by the International Cricket Council (ICC), besides the resumption guidelines, has been the 'no-saliva rule'. On May 22, the governing council agreed with its Cricket Committee suggesting the prohibition on the use of saliva to shine the ball as part of the new safety protocols in a post COVID-19 world. But, the rule itself has come under a growing discomfort expressed by the bowlers across the globe.

With saliva or not, Mohammed Shami believes he can get reverse swing if shine is maintained

Although a "temporary ban" as clarified by Cricket Committee head Anil Kumble, Australia's premium quick Mitchell Starc has opined that in the absence of saliva to shine the ball, batsmen will be handed too much of an advantage thereby denying an equal contest between bat and ball which is certain to make the game "boring".

"If they are going to take away a portion of maintaining the ball there needs to be that even contest between bat and ball, otherwise people are going to stop watching and kids aren’t going to want to be bowlers. There are some pretty flat wickets and if that ball is going straight it’s a pretty boring contest," said Starc. 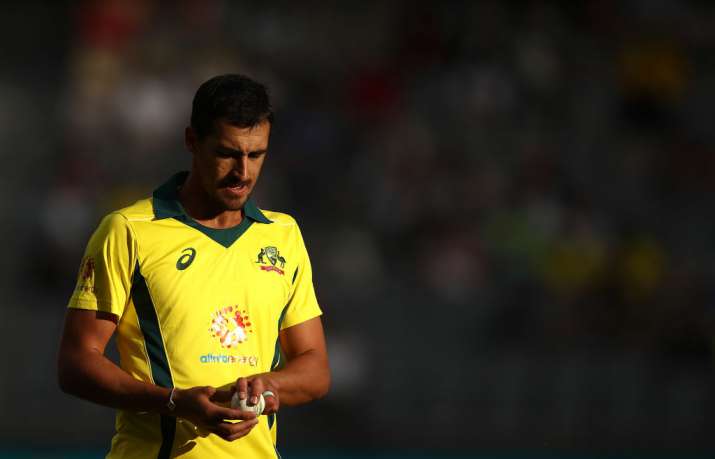 Speaking on the same lines to Ian Bishop and Shaun Pollock on the ICC's video series, India's pace spearhead Jasprit Bumrah reckoned that provision for an "alternative" to saliva for bowlers should be made to maintain the ball.

"If the ball is not well maintained, it's difficult for the bowlers. The grounds are getting shorter and shorter, the wickets are becoming flatter and flatter. So, we need something, some alternative for the bowlers to maintain the ball so that it can do something - maybe reverse in the end or conventional swing," Bumrah explained.

Cricketing minds, for years, have been trying to reduce the bat-ball imparity, but will ICC's no-saliva rule only worsen the scenario?

According to Dr Edouard René Ferdinands, a cricket biomechanics researcher at the University of Sydney, the ban should be “permanent for obvious clinical reasons”, but he also feels that alternatively, it will make cricket increasingly “bat-dominated and hence boring” as the skill and artistic demands of the sport will diminish.

In an exclusive interview to indiatvnews.com over e-mail, Dr Ferdinands, who is also a former first-class cricketer and an international cricket coach, talked about how bowlers will have to evolve themselves in a saliva-free world. He also spoke in detail on which variety of bowlers will be the most affected during this time, while also suggesting a few saliva-like artificial substances that can be considered. 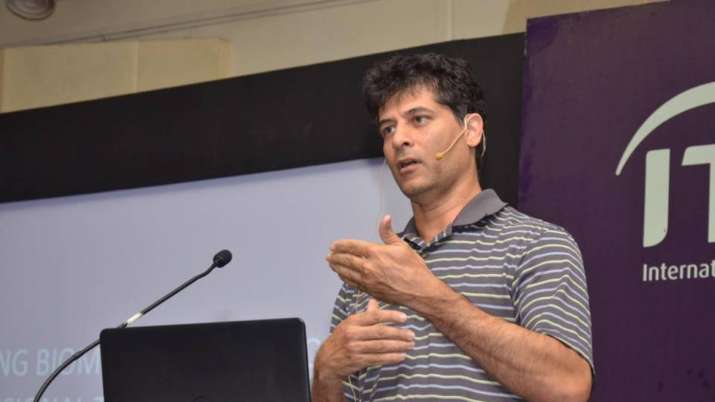 How do you look at ICC's no-saliva rule? Do you agree with the bowlers who want an 'alternative' option to saliva to maintain the ball and are claiming that cricket is going to be 'boring' henceforth?

Yes – the no-saliva rule follows medical guidelines to prevent the spread of coronavirus, and in a sense long overdue: the practice is simply unhygienic, a relic of the past. The practice of banning saliva should be permanent for obvious clinical reasons.

However, this does mean that bowlers who want an alternative option to shine the ball have a valid case. Conventional swing bowling has been an essential component of the game, since the early days of the game. To reduce a bowler’s ability to swing the ball is a risky option, one that could further increase the dominance of the bat of the ball, especially on flat wickets. Furthermore, batsmen are already using excessively powerful bats with extended sweet spots – edges commonly go for fours and sixes, and it is sometimes more difficult to mistime the ball than to time the ball. A ball that does not swing will only exacerbate the problem.

In addition, the historical comparison between batsmen of different eras becomes even more impossible: modern batsmen wear helmets and other better protective gear, wield bats with thick edges and extended sweet spots, play left-handed type strokes for which a field cannot be set, and on top of that they may now play against bowlers who have a much lower capability to swing the ball. Yes – the bowlers have a valid case. Cricket could become increasingly bat-dominated and ‘boring’.

Do you think the absence of saliva will affect the bat-ball parity which cricket has been looking to restore for years?

Yes – for the reasons mention above, if the bowler’s ability to swing the ball diminishes, then the bat could further dominate the ball. When skill demands decrease, then it becomes increasingly difficult to distinguish between average and elite performers. This is a scientific principle of motor control and skill acquisition. For example, if you throw a ball into a small bucket 5-7 m away from you, you will be able to distinguish between skill and non-skilled performers. However, if you make the bucket as big as bathtub, then almost everyone can achieve the task. Isn’t that similar to making a bat with a sweetspot that extends almost the entire area of the bat from the splice downwards? And isn’t that similar to bowling with a ball that does not deviate in the air? Hence, there is a great danger that modern players with average abilities will start to be compared with previous great players, such as Sir Garfield Sobers, Sir Donald Bradman, Viv Richards, Sunil Gavaskar, Sachin Tendulkar, etc. In fact, one of the chief facets of an opening batsman is to play a moving ball.

With the rule in perspective, how do you look at cricket in the near future?

Cricket is increasingly moving from a technical and artistic sport to one of mindless power, which involves baseball hitting and golf-swing type of strokes. A non-moving ball will add to this trend. Yes – in the short term it attracts audiences and increases revenue, since both scores and the number of sixes increase. But is this what cricketers want? To diminish the skill and artistic demands of their sport.

Can pacers still look to swing the ball in the absence of moisture? How about the reverse swing in sub-continental conditions which to a lot of extent is aided by moisture?

Yes – the ball can still swing without moisture. For swing bowling, you require one or more of the following factors: a prominent seam, a difference in surface texture on the two hemispheres of the ball, the ability of the bowler to maintain a stable seam, and favourable atmospheric conditions. A new ball can rely entirely on the seam to generate swing, and so it does not require any moisture to aid the swing force. However, as the ball gets older, one side needs to be shined to add to the pressure differential created by the seam to produce conventional swing. And when the ball becomes very old, then a larger contrast of surface smoothness between the hemispheres assists in the generation of reverse and contrast swing. 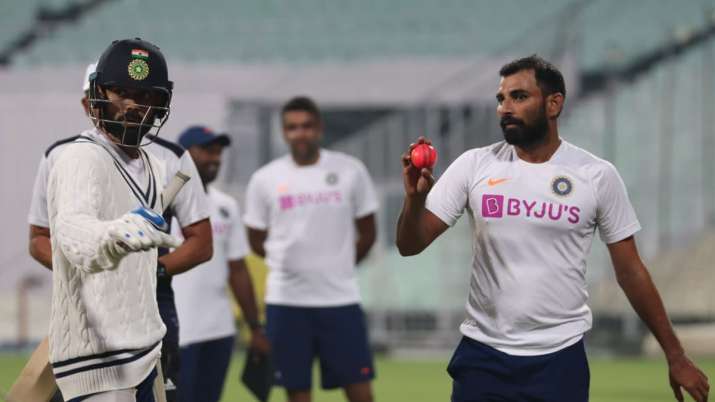 How will no-saliva rule affect spinners who apply moisture to the ball almost before every delivery?

Spinners will not be as negatively affected as pace bowlers. However, spin bowlers generally like the ball to be in a good condition, and so they shine just one side of the ball, because they do not want to reduce of the amount of swing generated by pace bowlers. However, they may also use the contrast in surface smoothness to assist with the generation of swerve or drift. There are also some advanced spin deliveries with high components of top-spin or back-spin that can benefit from shining the ball.

Which variety of bowlers will be the most affected by the rule and who is most likely to survive the absence cleverly?

Fast-medium bowlers could tend towards extinction. The fastest bowlers, releasing the ball in excess of an average speed of 140 km/h, are more likely to survive.

Spin bowlers who generate a high spin rate should also survive – but they will tend to bowl flatter, because of the enhanced power characteristics of the modern bat.

How do you suggest bowlers evolve in the absence of moisture, especially in the Test format? Do you see the introduction of T20-style variations in the longer-format?

Cricket organisations will have to further encourage the development of very fast bowlers, and high-quality spin bowlers. It must be noted that swing bowling does not need to occur during the entirety of the game. This is a major misunderstanding! There comes a time when the spin bowlers have to take over when the ball becomes too old to swing. This is why cricket teams in previous eras, more often than not, selected two spin bowlers for first-class and Test cricket matches.

In addition, the cricket administrators may shorten test cricket to 4-days or restrict the number of overs a side can bat – to say 70 overs maximum. This will potentially generate more revenue, so ex-international cricketers will have to push back against these proposals. But they did not do so in the 90s, when the cricket bat was already become too powerful – so a type of 4-day limited overs match is, unfortunately, a possibility.

While saliva has been prohibited, using of sweat has been allowed. Do you reckon it will be equally effective? Do you suggest any alternative?

Yes – sweat should be fine; however, the production of human sweat is variable, and is not as readily available as saliva. For instance, in cold conditions, sweat is difficult to produce. So the main limitation of sweat is that it cannot be produced as easily and in the same volume as saliva. However, there is a scientific alternative: use an artificial ‘sweat-type’ substance that can be applied to the ball as a spray. For instance, artificial sweat-substances such as Artificial eccrine perspiration and SCIN perspiration could be tried in the wind tunnel and practice trials. The artificial sweat substance should have these properties: 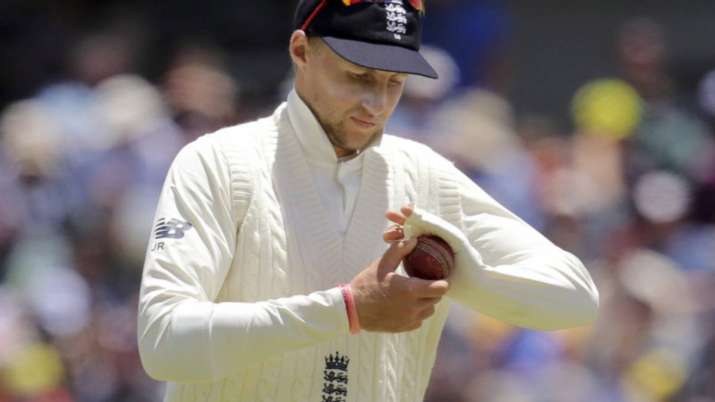