Why Trump visit is an opportunity and shows Delhi's convening power

Donald Trump's India visit: The 36-hour trip, beginning February 24, is sure an opportunity for India to improve its bilateral relationship with the US and strengthen strategic interests, as also echoed by Michael Kugelman in an interview with India TV Digital. The visit yet again showcases New Delhi's convening power, a common spectacle ever since Prime Minister Narendra Modi assumed office. Here are some excerpts.

America's the most-transactional President till date -- Donald Trump -- is all geared up to set his foot in India amid a hullabaloo on his turf of the upcoming Presidential election and acquittal in an impeachment trial. The 36-hour trip, beginning February 24, is sure an opportunity for India to improve its bilateral relationship with the US and strengthen strategic interests, as also echoed by Michael Kugelman in an interview with India TV Digital. The visit yet again showcases New Delhi's convening power, a common spectacle ever since Prime Minister Narendra Modi assumed office.

With an India-US trade deal timed out, the visit may not have as lucrative a deal on the table but it's sure to bolster the strategic partnership between the two countries. It is also reminiscent of what Trump had once said: "In the end, you're measured not by how much you undertake but by what you finally accomplish". The US President's visit to India is likely to hover around the same. Nevertheless, what fructifies for Modi and Trump at the end of the trip is all that matters. To delve deeper, India TV Digital had an extensive conversation with Michael Kugelman, the Deputy Director of the Asia Program and Senior Associate for South Asia at the Woodrow Wilson Center, an American think tank. He presented a comprehensive account of the crucial visit that has many firsts.

The visit gives the two leaders an opportunity to build on their strong chemistry and strengthen the US-India relationship, Kugelman said, adding that Trump is hoping to leverage the outpouring of support he gets in Gujarat to prove that he enjoys popularity abroad and to help him get votes from Indian-Americans in the upcoming Presidential election. Michael Kugelman is a leading specialist on India, Pakistan, Afghanistan and their relations with the United States. Here are some excerpts from the interview.

What do you think are the strategic objectives and common goals of Trump's India visit? Do you see their relationship strengthening after the visit?

Any time there’s a US presidential visit to India, assuming there are no crises in the partnership, then there’s always a big boost for the relationship. For this trip, the two sides will accentuate the deep and convergent strategic interests that keep the partnership strong and emphasize that the few strains-mainly trade-will soon be worked out. And Modi and Trump will showcase their strong chemistry to signal the personality component that offers additional ballast to the partnership.

Now that the much-expected trade deal is off the list, do you see any sort of short-term trade victory announcement by Donald Trump to woo India during the trip?

With no trade deal to be announced, the most we can expect is for public messaging from Trump and Modi that reassures a deal is not far off. The two sides are likely too far apart to announce even a modest accord in time for Trump’s visit.

Now the focus moves to Defence. Are we likely to see any defence deals, considering that both the countries, hard hit by terrorism, are quite vocal when it comes to dealing with the threat? Do you see any new security treaty or big arms sales during the visit?

Defense cooperation is the glue that binds the relationship together, but there’s a tendency to oversell the potential for splashy arms deals every time there’s a high-level visit. That said, we should expect something -- a deal on naval helicopters, the inking of the last of the foundational defense deals, and some other long-in-the-works packages-during the visit.

Can we expect any move on H1B visas issue, irking tech companies in India?

While it’s bound to be brought up by Indian leaders, Trump likely won’t budge on the H1B issue, and especially at the height of campaign season in the US. If New Delhi’s efforts to get Trump to relent didn’t work over the last few years, then they’re even less likely to work right now.

Ahead of the visit, India approved the procurement of Seahawk maritime helicopters from the US. How do you think will it benefit India?

The Seahawks are a potential game-changer for India in the context of naval modernization. Many Indian naval vessels lack helicopters, and getting these powerful craft will better enable New Delhi to project power in the waters of the Indo-Pacific. That’s an important thing not just for Indian National security goals, but also for the US goal of enlisting India in the effort to introduce counterbalances to Chinese power in the region. 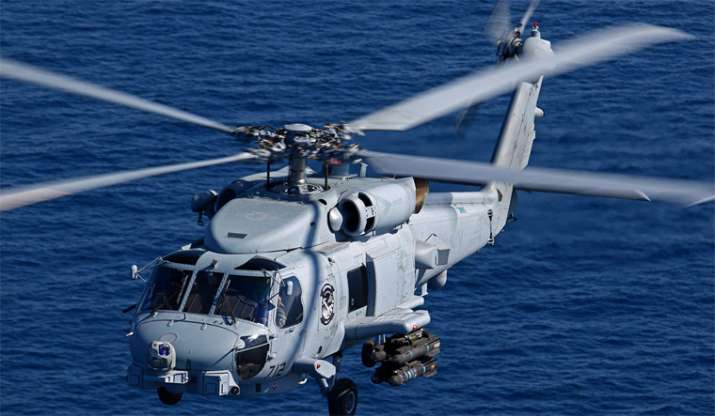 India is sure to have a bundle of expectations from Trump out of this visit. Do you see them being fulfilled in an election year?

India should certainly keep expectations low. Because of his unpredictability, any commitments made by Trump should be taken with many grains of salt-and especially in an election year. It’s one thing for him to make broad pledges, such as working with India to combat terrorism and to uphold a free and open Indo-Pacific region. It’s a very different and unlikely thing for him to suggest he will act in specific ways to address Indian grievances-from tariff issues to visa policies.

What will this visit achieve for India? Do you see it as a victory for India in the current scenario?

The visit is certainly a victory for India. It’s a big deal--and a deliverable in of itself—for a travel-averse and transactional president to go all the way to India when there’s no major deal to pull the trigger on. This is a demonstration of Delhi’s convening power-not to mention an indication of Modi’s clever reasoning that flattering Trump with a huge spectacle in his honor in Gujarat can win him over.

ALSO READ | MH-60R Seahawk helicopterKhaman, Adrak Chai and Corn Samosa: Here's what will be on Trump's plate at Sabarmati