The eyewitnesses say that several people lived in the first building, the second building had several labourers inside when it crashed.

A six-storey under-construction building collapsed into a near-by four-storey building Greater Noida's Shah Beri village under Bisrakh police station limits on Tuesday night. The eyewitnesses say that several labourers were inside the under-construction building when it crashed. Seven bodies have been recovered from the debris so far while NDRF teams continue to dig into the rubble to look to survivors, bodies.

The incident took place at around 09:30 pm when an under-construction a six-storey building crashed into another recently completed building nearby, which was housing at least two families.

"A building has collapsed on another in Shah Beri area. We are trying to ascertain how many people were inside the building. NDRF team and the entire team of district police is present on the spot," Ashish Srivastava, SP Grameen, Noida Police told India TV Digital.

Local MP and Union Minister Mahesh Sharma, who reached the accident site in the night, told the media that the administration is doing its all in the rescue operations. He said people responsible for the tragedy will not be spared.

The police have registered an FIR against 24 people, including the builder.

Soon after the crash late on Tuesday night, the rescue workers have spotted at least two bodies in the debris. Police, NDRF and other rescue teams soon reached the spot. Uttar Pradesh Chief Minister Yogi Adityanath also took cognisance of the incident and asked the District Magistrate to take up relief measures with National Disaster Response Force team & Police to ensure immediate rescue.

An eyewitness told India TV that the building which crashed first was built by a private builder using inferior quality construction material. Locals say that the buildings were located in an unauthorised colony. No one from Ghaziabad or Noida Authority has reached the spot, they say.

Several JCB machines and other equipments have been deployed to remove the debris. The police has brought in sniffer dogs to identify humans trapped in debris and rescue them in a targeted manner. 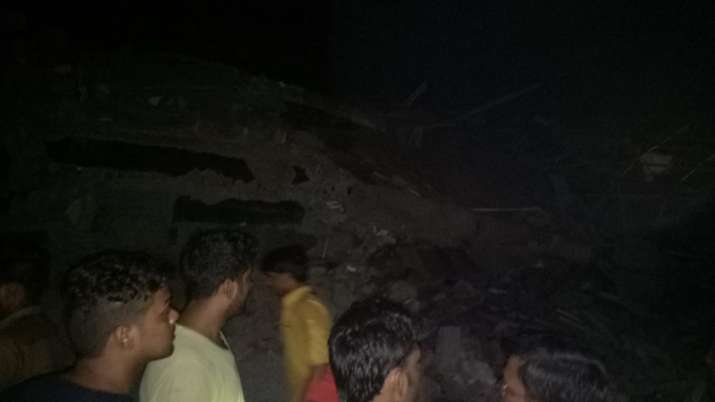 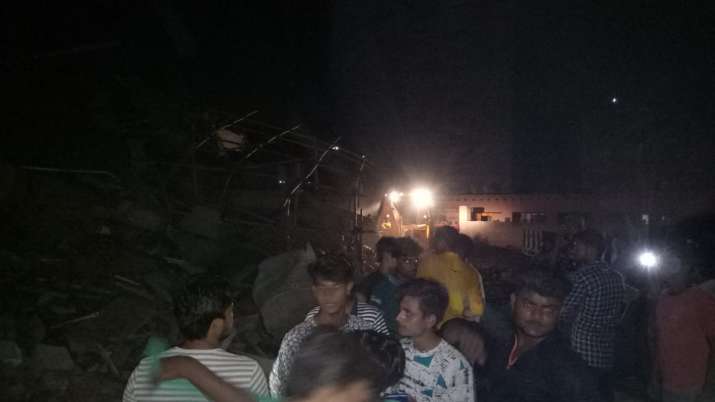 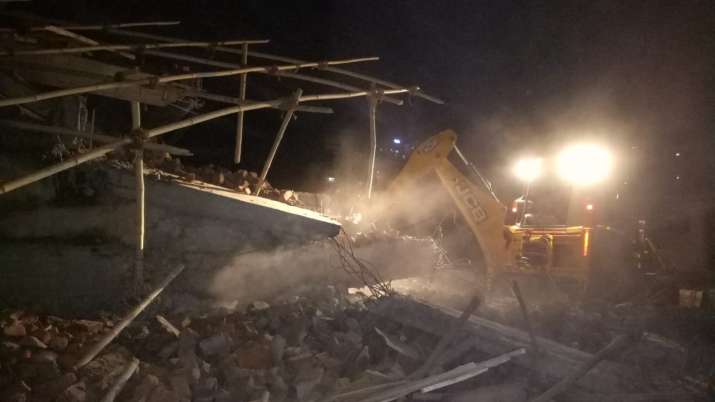