Greater Noida DM has directed ADM Kumar Vineet to carry out a detailed investigation into the building collapse. Report to be submitted within 15 days.​ NDRF teams continue to dig into the rubble to look for bodies.

The National Disaster Relief Force (NDRF) team has recovered three bodies from under the debris of a six-storey building that collapsed in Greater Noida's Shah Beri village on Tuesday night. More people are still feared trapped inside the rubble of the collapsed building, the police say. Over 100 members of 4 NDRF teams are at the spot as the rescue operations continue.  Uttar Pradesh Chief Minister Yogi Adityanath has directed the Gautam Budh Nagar district magistrate and the police to monitor relief and rescue activities along with the NDRF team 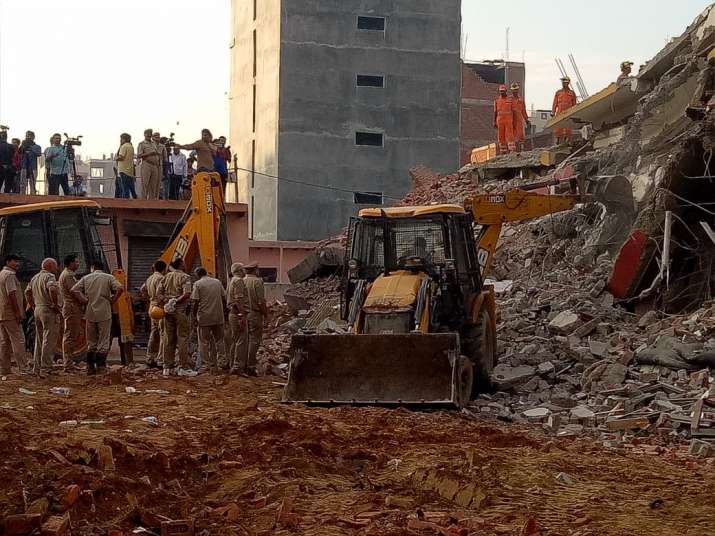 03:05 pm: The police has filed an FIR against 24 people, including the builder, for the collapse of the six-storey building

02:20 pm: Uttar Pradesh Power Minister Shrikant Sharma says no permission of construction of new buildings will be given without an approved layout plan. Strict action will be taken against those responsible for the building collapse in  Greater Noida's Shah Beri, the minister says.

10:40 am: Greater Noida DM directs ADM Kumar Vineet to carry out a detailed investigation into the building collapse. Report to be submitted within 15 days.

09:15 am: Owner of the plot Ganga Sharan Dwivedi, broker Qasim and one more person have been arrested.

09:00 am: The three people who have been arrested in connection with the building collapse in Greater Noida's Shah Beri village are the builder and his two associates.

08:24 am: Three people have been arrested in connection with the case

07:02 am: High-capacity crane is being used to clear the debris of the collapsed building

06:48 am: The registry of the flat was done only three months ago, says the owner of one of the flats. They were planning to shift in a week

06:13 am: The broker of the flat is absconding and has been identified as Qasim, efforts to nab him are on

06:00 am: SSP, Greater Noida, Ajay Pal Sharma is present at the spot 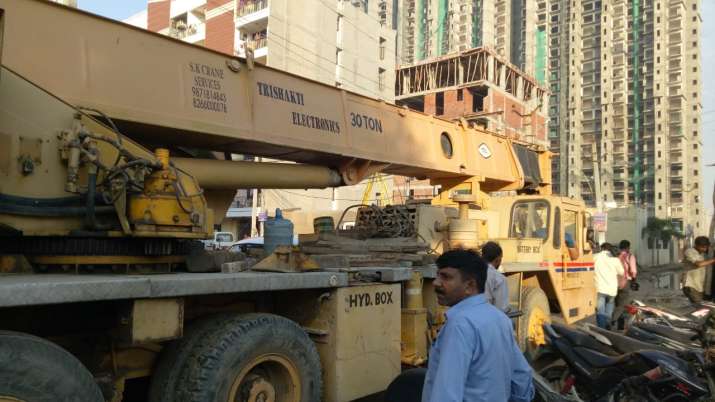 At least 12 labourers were inside the building at the time of the incident, the chief fire officer had said on Tuesday.

An eyewitness told India TV that the building which crashed first was built by a private builder using inferior quality construction material. Locals said that the buildings were located in an unauthorised colony.