India TV is compiling here a list of top five terrorists who are waging war against India from the Pakistani soil:

The scourge of terrorism has impacted nations across continents and India has been among the worst-hit. As the country gears up to celebrate its 70th Independence Day, nation’s leading news channel India TV takes stock of how the country continues to battle terrorism in the state of Jammu & Kashmir. Today, terrorism poses a serious threat to Indian sovereignty, integrity and national security. The moot question in everyone’s mind is – when and how will we be able to counter this menace? It is with this view that the country’s best minds across the spectrum of decision-makers and intelligentsia will get together at India TV's mega conclave ‘Vande Mataram’ on August 13 to discuss ways to counter terrorism, gauge its impact on the State and how India can create an environment to come to a broad consensus on tackling this issue effectively..


Pakistan has been using cross-border terrorism as an instrument of state policy right from the time it came into existence as an independent country. Immediately after its formation, Pakistan sent Pathan tribesmen of the North-west Frontier to invade and capture the state of Jammu and Kashmir which was yet to take a call on its future. The nefarious designs of Pakistan could not succeed as the Maharaja of Kashmir decided to merge the state with India in the face of naked aggression by the Pakistani tribesmen.

After Maharaja Hari Singh signed the instrument of accession with India, the Indian troops landed in Kashmir and started throwing out the invaders. Seething with anger, the then Governor-General of Pakistan Muhammad Ali Jinnah overruled the British Commander of his army and sent Pakistani units disguised as irregulars to Kashmir to fight along with the Pathans.

However, Indian soldiers were successfully pushing them back at a brisk pace. Unfortunately, the matter reached the United Nations which called for a ceasefire. At that time, Indian troops had thrown the Pakistani invaders out from two-third areas of Jammu and Kashmir although one-third part of the state still remained under control of the Pakistani raiders. Even today, that part of Kashmir is under illegal occupation of Pakistan and is referred to as Pakistan-occupied Kashmir (PoK).

In its desperation to snatch Kashmir from India, Pakistan has been harbouring terrorists who are waging war against India from the Pakistani soil. Pakistan continues to provide shelter to these terrorists, who they very cleverly refer to as non-state actors, despite being slammed by the international community for emerging as the safe haven for those indulging in terror activities.

India TV is compiling here a list of top five terrorists who are waging war against India from the Pakistani soil:

1. Hafiz Saeed:  Hafiz Muhammad Saeed, 2008 Mumbai terror attack master mind, is a UN designated terrorist operating from Pakistani soil. He is the chief of Jammat-ud-Dawa (JuD) and a co-founder of dreaded Lashkar-e-Taiba (LeT). 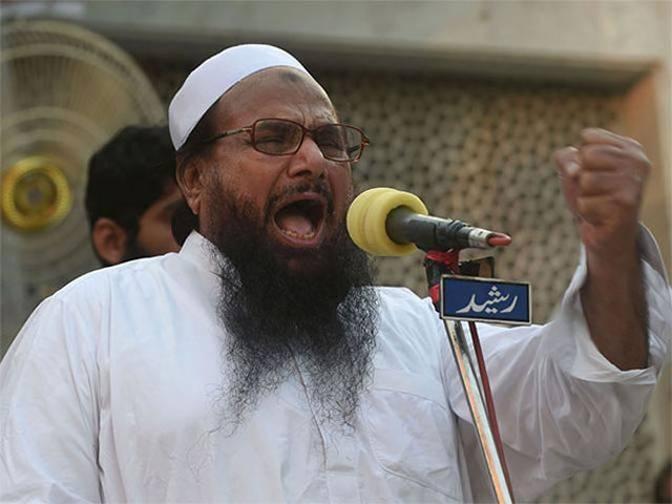 Hafiz Saeed, India’s one of the most wanted terrorists, is an accused in 2008 Mumbai terror attacks, 2006 Mumbai train bombings and 2001 Indian Parliament attack.

The US State Department has also designated Hafiz Saeed as a global terrorist. In 2012, the United States announced a bounty of $10 million on Saeed, for his role in the  Mumbai terror attacks in which 164 civilians including 6 American citizens were killed.

Saeed’s family migrated from India to Pakistan during the partition of British India.

2. Syed Salahuddin: Syed Mohammed Yusuf Shah, also known as Syed Salahuddin, is the head of terrorist organisation Hizb-ul-Mujahideen which is involved in terror activities in the state of Jammu and Kashmir. On 26 June 2017, he was named as a Specially Designated Global Terrorist by the US Department Of State. 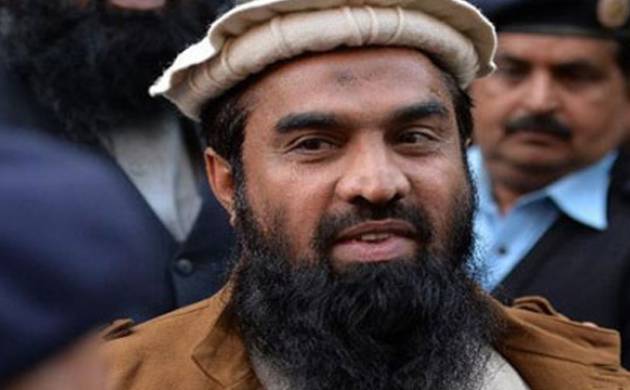 Mohammed Yusuf Shah was born and raised in Soibug village in Central Kashmir's Budgam district. His father worked in the Postal Department of the Indian government. He was associated with Jamat-e-Islami, a politico-socio-religious group, from his youth days. After completing his Masters from University of Kashmir, Mohammed Yusuf Shah took to teaching besides becoming the Imam of the Exhibition ground mosque.

In 1987, he contested state Assembly elections from Srinagar's Amira Kadal constituency. He lost the elections to Ghulam Mohiuddin Shah of National Conference amid allegations of massive rigging in favour of the ruling party candidate. Mohammed Yusuf Shah was arrested for leading violent protests against the alleged poll rigging.

After his release from jail in 1989, Yusuf Shah joined Hizbul Mujahideen founded by Muhammad Ahsan Dar. He deposed Dar in 1991 and declared himself the supreme commander. After that, Mohammed Yusuf Shah adopted the name  "Sayeed Salahudeen", named after Saladin, the 12th century Muslim political and military leader, who fought in the Crusades.

In 1993, Syed Salahuddin crossed over to Pakistan-occupied Kashmir (PoK) to unite different terror outfits under the banner of United Jihad Council (UJC).

In September 2016, Salahuddin vowed to block any peaceful resolution to the Kashmir conflict. Not only that, he threatened to train more Kashmiri suicide bombers, and vowed to turn the Kashmir valley “into a graveyard for Indian forces.”

Maulana Masood Azhar, the founder of UN-designated terrorist group Jaish-e-Mohammed (JeM), has masterminded many terror attacks in India including 2016 Pathankot air base attack and 2001 Parliament attack.  He is also believed to have played a crucial role in 2008 Mumbai terror attacks. He mainly operates from Pakistan-occupied Kashmir (PoK). 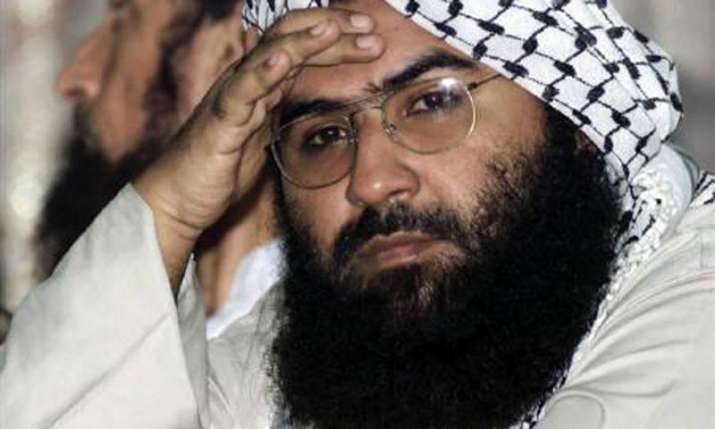 Born in Pakistan’s Bahawalpur, Masood Azhar got involved with terror outfit Harkat-ul-Ansar while studying at the Jamia Uloom ul Islamia Banuri Town in Karachi. Masood Azhar  suffered injuries in the Soviet-Afghan War after which he was made the head of Harkat’s department of motivation and he was given the responsibility of editing Urdu-language Sad’e Mujahidin and the Arabic-language Sawte Kashmir.

In August 1993, Masood Azhar visited the United Kingdom to spread the message of Jihad. Masood Azhar reportedly emphasised in his speeches that “substantial proportion of the Koran had been devoted to 'killing for the sake of Allah' and that a substantial volume of sayings of the Prophet Muhammad were on the issue of jihad."

In 1994, he visited Srinagar to ease tensions between Harkat-ul-Ansar's feuding factions but he was arrested by security forces for having links with terror groups. In December 1999, he was among the three terrorists who were freed by the Indian government in exchange for passengers on the hijacked Indian Airlines Flight IC-814. The plan to hijack IC 814 was executed by Masood Azhar’s younger brother Abdul Rauf Asghar. The three terrorists including Masood Azhar were freed at Kabul airport which was under control of Taliban at that time.

After their release, all the three terrorists sneaked into Pakistan. While addressing a public rally in Karachi after his release, Masood Azhar said, “I have come here because this is my duty to tell you that Muslims should not rest in peace until we have destroyed India.” He also vowed to liberate Kashmir from Indian rule.

India is trying hard to get Masood Azhar designated as a terrorist by the United Nations. However, China is repeatedly using its veto power to defend Masood Azhar.

After India’s failed attempts, the United States, UK and France made a joint move to get Masood Azhar designated as a global terrorist by the United States but China once again came to his recue. In February this year, China had blocked their move by putting a technical hold which was set to expire on August 2. However, China has once again extended the technical hold by three more months.

Masood Azhar's name features on India's most wanted list of 20 people that it wants Pakistan to hand over to New Delhi.

Zaki-ur-Rehman Lakhavi was one of the key masterminds of 2008 Mumbai terror attacks. According to Indian and US security officials, telephone and VoIP intercepts showed Lakhvi was present in a LeT control room in Karachi from where Mumbai attackers received instructions. Lakhvi is listed on the NIA’s most wanted list. 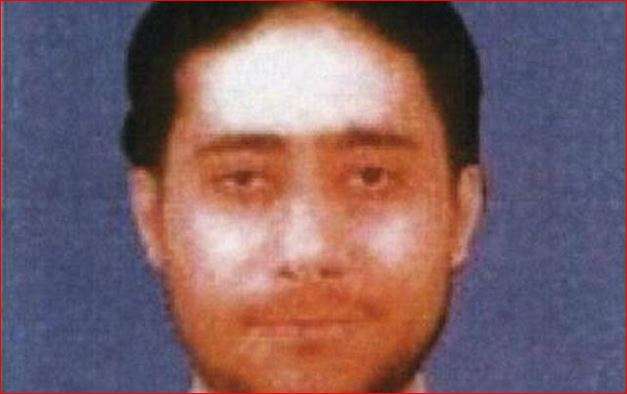 He was born in Okara district of Pakistan’s Punjab province, the same district that was home to Ajmal Kasab, the only one of the 10 terrorists involved in the Mumbai attacks to be  captured alive. Lakhvi reportedly offered to pay the family of Ajmal Kasab the sum of Rs.150,000 for his participation in the 26/11 attacks. Lakhvi is the supreme commander of Laskar-e-Taiba’s operations in Kashmir. Lakhvi has directed military actions in Chechnya, Bosnia, Iraq and South-east Asia.  He is referred to as Chachu, or Uncle, by the young militants who are trained by him.

A close relative of LeT founder and JuD chief Hafiz Saeed, Lakhvi was arrested about a week after the Mumbai attacks. However, he walked free from jail in June 2015. After his release from jail, India decided to seek action against Pakistan in this matter through UN Sanctions Committee but the move was blocked by China. As long as Lakhvi was in jail, he had unrestricted access to mobile phones and the internet, allowing him to guide the terrorists all the time.  In fact, the then Pakistan Army Chief Gen Ashfaq Kayani refused to act on a request from US authorities to take away Lakhvi’s mobile phones. His youngest wife was allowed to stay with him in jail and he fathered a child sometime in 2010 as a result of these conjugal visits.

The trial of Lakhvi and the six other suspects in a Pakistani anti-terrorism court in connection with 2008 Mumbai attacks was termed as a farce by Indian and US security officials. The judge conducting the trial was changed many a time, and at least one judge refused to hear the case because of threats from extremists. In a major setback to the trail against Lakhvi and others, Chaudhry Zulfiqar, the fearless prosecutor handling the case, was assassinated in Islamabad in May 2013. 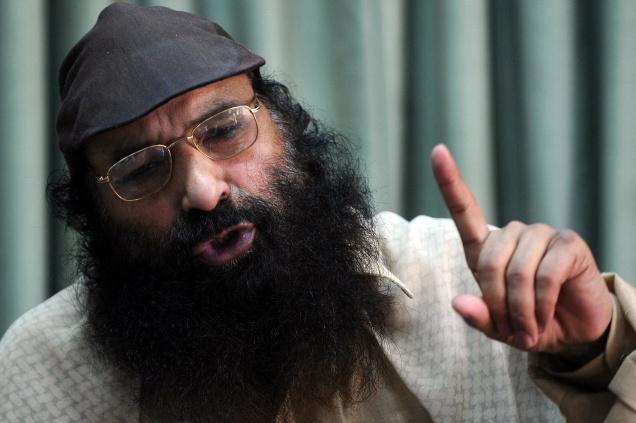 Sajid Mir, a Pakistani terrorist, is one of the earliest members of the Lashkar-e-Taiba (LeT) and he was the head of its Lahore unit. During his video deposition before a Mumbai court, 26/11 terror attack accused David Headley said that his main contact person from the Lashkar-e-Toiba was Sajid Mir. Sajid Mir is known as LeT's foreign recruiter and he runs training camps for the terror outfit. Sajid Mir’s last known location was tracked to Muridke in Pakistan.


According to media reports, Mir has undergone plastic surgery but it did not alter his face to a large extent. Sajid Mir was arrested in Dubai, but was released soon because of his LeT connections.

In his deposition, David Headley described Sajid Mir as a competent handler with good understanding of computers. Headley added that Sajid Mir is secretive in his planning and execution of terror plots, and meticulous with a good eye for detail.