Sunil Grover is not returning to The Kapil Sharma Show

Looks like Sunil Grover doesn't have anything in mind when it comes to TKSS.

One of actor Sunil Grover's tweets recently became a topic of discussion as his fans and followers assumed he was planning to make a comeback to The Kapil Sharma Show. He had quit the comedy show following a bitter spat with Kapil.

But it seems Grover doesn't have anything in mind when it comes to TKSS. He was quoted by Hindustan Times saying, “I don’t know why people are speculating this because my tweet doesn’t hint anything like that. There’s no truth in it at all. It’s not happening. Yes, fans comment on my tweet to come back but from those comments, you can’t make it speculative news.” 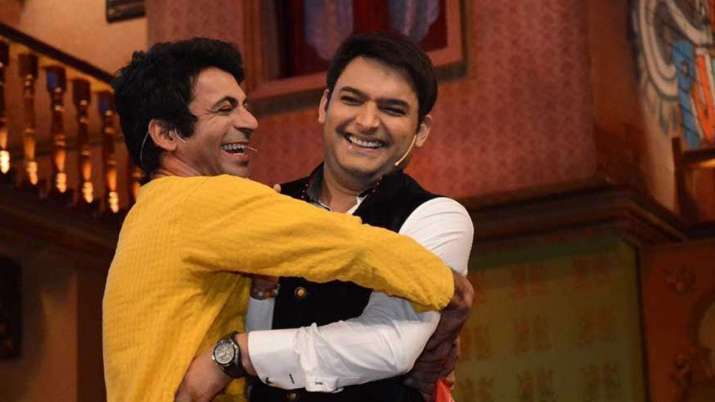 He made it clear for everyone and said, “It is all baseless and I don’t want to comment on it. It’s really irritating that these speculations arise out of nowhere. So when there’s something, I myself will reveal.”

Sunil had earlier tweeted: "Everything is going to come. Nothing is going to stay forever. So Just have gratitude. That is the key. And yes, laugh a lot. baaki ... mere husband mujhko..." This led to reports that he could come back as Rinku bhabhi in the show.

Sunil was last seen in Salman Khan’s film Bharat and is in news for stepping into the digital world through a web series. For the uninitiated, Mere Husband Mujhko is a music video starring Sunil Grover as Rinku Devi. The funny video was widely liked by the audience all over and, it became a huge buzz on YouTube.

Rinku bhabhi is a character TKSS makers devised for Grover for the show.