Bhavesh Joshi Superhero Movie Review: Harshvardhan Kapoor tries to save Mumbai and the film as well, but in vain!

Vikramaditya Motwane, the mastermind behind critically-acclaimed films like Udaan, Lootera and Trapped forayed into a different genre- superhero films. Not many Bollywood films have exploited this genre before, so Bhavesh Joshi Superhero’s concept was a welcome change for the cinema buffs. Barring Krrish, Ra.One, Drone and others, Bollywood has been witnessing a dry spell in superhero flicks. However, Bhavesh Joshi Superhero can be dubbed as a missed opportunity. It could’ve done so much more citing the fact that not many movies have been made around a superhero trying to save the world, or ‘Mumbai’ for that matter.

First things first, Harshvardhan Kapoor is not Bhavesh Joshi. Instead, the film is titled on his orphaned-rebel friend Bhavesh Joshi played by Priyanshu Painyuli. The duo is highly motivated by 2011’s India against corruption movement and is hell-bent to change the face of Mumbai (thankfully, first time a superhero movie talks about saving a smaller territory than the entire globe.)Their Insaaf movement, which started from beating the hell out of people urinating at the walls and thrashing the daylights out of those with their cars in the no parking zone, find itself into a middle of something very murky and unimaginable. The civic bodies of Mumbai are tapping the water pipeline from a residential colony of Mumabi only to refill them into tanker which are later sold at petrol prices to the water deprived people. While Sikander Khanna (Harshvardhan Kapoor) gradually loses faith from the ideology of their Insaaf gang, Bhavesh Joshi is adamant to expose the ongoing scam in the city. Sikku, on the other hands, packs his bags to leave the country to pursue his ambition in a multinational company in Atlanta. His life takes an unpredictable turn when his best friend Bhavesh Joshi is brutally murdered by the cops for pursuing the truth. What he does next is what Bhavesh Joshi Superhero is all about.

Bhavesh Joshi Superhero is not about Harshvardhan Kapoor

For all those who thought Bhavesh Joshi is Harshvardhan Kapoor, let us correct you, he’s not. Bhavesh Joshi, though a name of his friend who kickstarted the Insaaf movement, is an ideology. Like Batman? Yes! Batman. The whole concept takes us back to The Dark Knight Rises and reiterating the famous dialogue, “A hero can be anyone. Even a man doing something as simple and reassuring as putting a coat around a little boy's shoulder to let him know that the world hadn't ended.”

On similar lines, Bhavesh Joshi is not the name of the character, but a thought which he left behind; the never ending spirit to serve the justice, with the help of law or by going against it. Priyanshu Painyuli puts his last drop of blood in the mission of unmasking the truth. Sikku carries his league forward with the same name; Bhavesh Joshi.

Watching the film, the bitter truth hits our head; some heroes are better behind the masks. One-film old actor Harshvardhan Kapoor, similarly, slays the game as long as he’s masked behind the black masquerade with red LED lights. As soon as he drops his masks, we get to see an unconvincing Mumbai techie who finds himself stuck into something he isn’t willing to do. It’s like a youngster is forced by his parents into a profession he’s not good at it. Here, the parent is no one but Bhavesh Joshi. 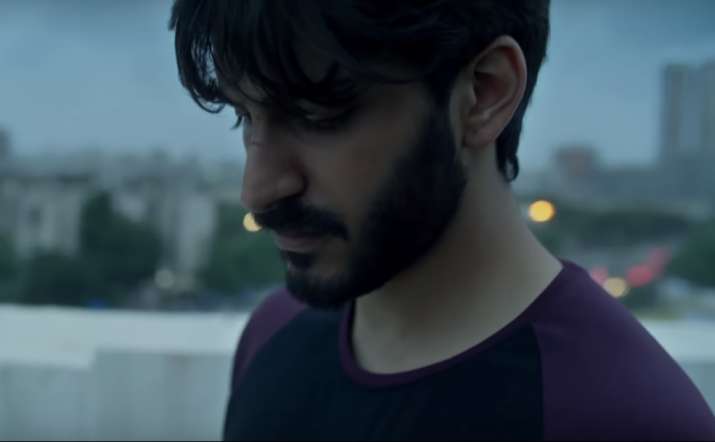 India’s potpourri of Hollywood superhero films is neither black nor white, but grey

While watching Bhavesh Joshi, your physical self is present in the theatre, while during certain sequences, you mind wanders back to every Hollywood superhero film you’ve watched in your life; Batman being the most visible Hollywood films that’s all over Bhavesh Joshi Superhero’s runtime. There is everything that a superhero film needs to be eligible enough to fit into the genre. However, it lacks credibility. The chase scene which covers all the major locales of Mumbai, including the local train is nail-biting for the first few seconds but turns tedious as it stretches out for another minute.

On the other hand, the real Bhavesh Joshi aka Priyanshu Painyuli is the one who binds the audience to the first half of the film. The actor is effortless at projecting his rebellious self on the celluloid. The power-packed pre-interval period of the film can be credited to Priyanshu and the insurgency which he starts in the face of Insaaf Movement. 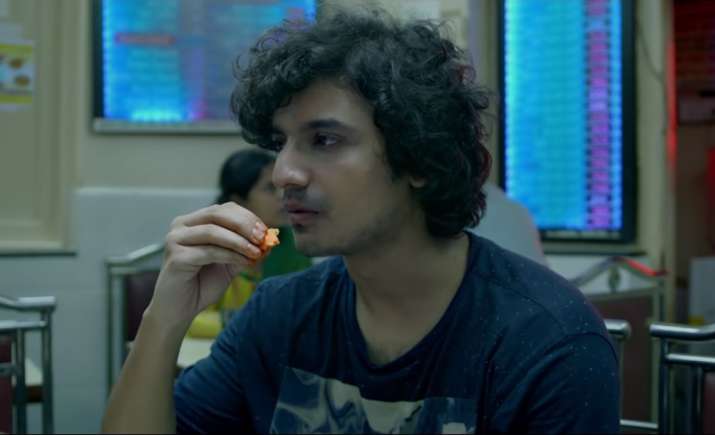 Vikramaditya Motwane and writers Anurag Kashyap and Abhay Koranne deserve all the praises for attempting something as brave as the superhero genre in Bollywood. They get full marks for serving an entirely different experience in cinema lovers’ platter. We have seen many CGI-loaded superhero films in Bollywood, sample Ra.One and Krrish but the films are far-fetched from what we call ‘reality’.

Bhavesh Joshi Superhero is as real as it gets. The motorbike Sikku designs using his engineering prowess is as plausible as his half-baked martial arts moves are. He is not blessed with any superpowers or his best friend Bhavesh Joshi was. They were as ordinary as any other Mumbaikar could be. However, they differed from the rest of the lot with just one thought; they can never let anything unjust happen in their beloved city of Mumbai.

Siddharth Diwan deserves a shoutout for his cinematography which manages to hook the audience even when the entire plot is going haywire. The chase sequences advantageously cover the milieu of Mumbai city, ranging from slums to railway stations over-bridges.

It’s the second inning for Harshvardhan Kapoor, who shuffled his way into Bollywood with a revamped version of Mirza Sahiban tale, Mirzya. The actor seems to be lacking the vigour and the moral fibre it takes to be a masked crusader in a superhero movie. Throughout the film, his low-on-energy self is as unconvincing as Dr Sheldon Cooper as Batman would be. (No offence to The Big Bang Theory lovers)

In the end, the film zeroes down to the fact that the cost of speaking the truth in today’s murky world of politics and corruption is very expensive. Those who dare to uncover the truth are labelled terrorist by the very crusaders of lies. Surprisingly, it took the makers 2-and-a-half hour to figure that out.