Oscars 2018: Here’s why Priyanka Chopra didn’t show up at the 90th Academy Awards

The Quantico star has been MIA in most of the award shows this year.

Former Miss World Priyanka Chopra is already a super successful actress in Bollywood and is now on a journey to dominate Hollywood. PeeCee was the reigning queen in Hollywood last year. Not only did she give her Hollywood debut ‘Baywatch’, but she was a hot topic on every TV show, in every interview, so much so that she presented the Oscars of 2017.

So when the 90th Academy Awards were scheduled, all eyes were set on March 4 as the fans were looking forward to see their 'desi girl', but the actress had to ditch Hollywood's biggest night as she was unwell.

However, even though Priyanka could not make it to the Oscars, she wished the nominees good luck via her Instagram story. "I wish all my friends nominated tonight all the very best! So sick but wishing everyone from bed! Can't wait to know the winners! #oscars2018," Priyanka wrote, along with a selfie of herself. 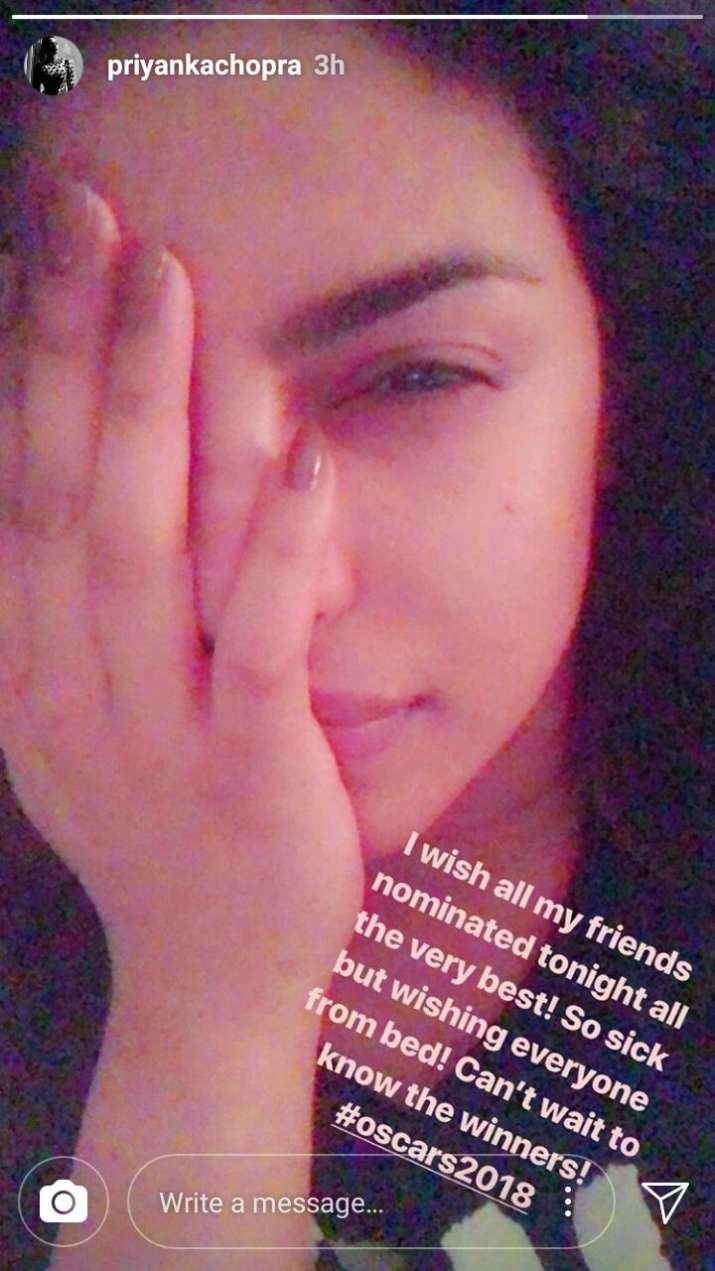 The Quantico star has been MIA in most of the award shows this year. Known to stunningly steal people’s heart with her looks and witty statements, Priyanka has probably gone low-key. Besides the Academy Awards, Priyanka skipped the Golden Globes 2018 and the 71st British Academy Film Awards (BAFTA) too.

On the work front, PeeCee is currently busy shooting for the third season of Quantico. As per reports, after her absence from Bollywood for years, Priyanka is likely to make a comeback with the sequel of Aitraaz.