Sharing a nostalgic post, Sanam Kapoor posted a video of the song 'Yoon Shabnabi' from her debut film Saawariya. The song is based on Eid celebration and also features Ranbir Kapoor.

Bollywood actress Sonam Kapoor on Friday took to Twitter to wish her fan and followers on the occasion of Eid. Sharing a nostalgic post, she posted a video of the song 'Yoon Shabnabi' from her debut film Saawariya. The song is based on Eid celebration and also features Ranbir Kapoor. Commenting on the post, many wished Sonam and her family on the festival, however, there were some nasty comments too.

A user mocked Sonam's post, writing, "how much did she get paid for this post." Without losing her calm, the actress satisfyingly shut down the troll. Taking to Instagram stories, she posted the screenshot of the user's comment and in a follow-up story, she posted a video of blocking him. Over the second story, she wrote, 'So satisfying'. 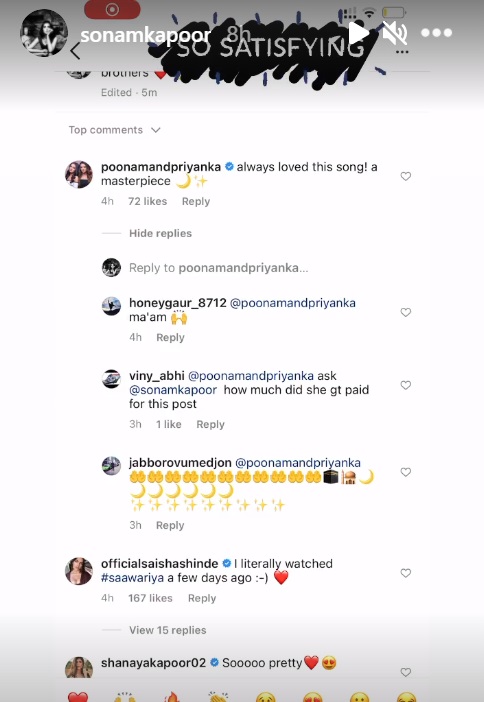 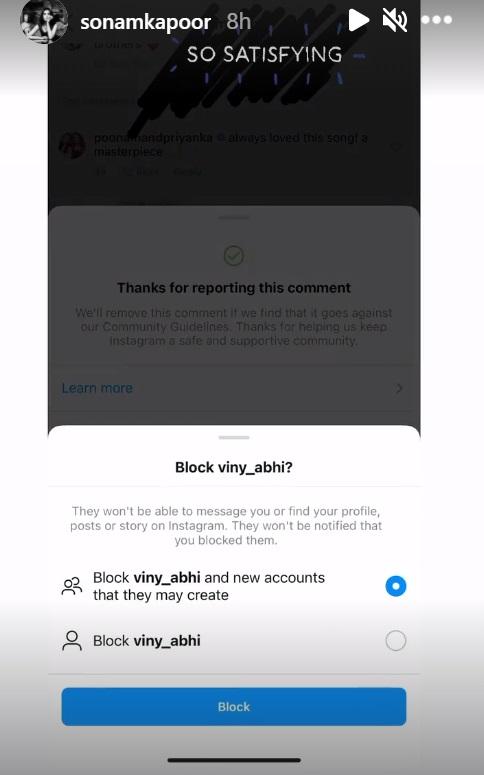 Meanwhile, earlier this month, Sonam celebrated her third wedding anniversary with husband Anand Ahuja. Her sister and filmmaker Rhea KApoor shared two pictures of the couple and wrote about how they are her "favourite people". She also spoke about how they would have to make up for the last two years that they have not been able to celebrate together due to the pandemic.

"Happy anniversary to my favourite people on the planet. Gotta make up for two years of lost adventures but we've got a lifetime to do ittttt! I feel like a part of my soul is missing. Love you so much. FaceTime family meetings will suffice till then. #everydayphenomenal," she says.

Sonam replied to her post and wrote: "Love you so so much rhee.. miss you".

On the work front, Sonam has recently wrapped up shooting for "Blind". In the film, she will be seen in the role of a visually-handicapped person in the upcoming thriller, produced by Sujoy Ghosh. The action-thriller revolves around a blind police officer who is in search of a serial killer. The cast also features Vinay Pathak, Purab Kohli and Lilette Dubey. The film is based on a South-Korean film of the same name that was released in 2011.