Taapsee Pannu was shooting for Haseen Dilruba in Haridwar. She took out time to fly to Delhi and cast her vote.

Taapsee Pannu made a surprise visit to Delhi to vote in the ongoing Delhi election 2020. Sharing a family photo with inked fingers, Taapsee wrote, ''Pannu Parivaar’ has voted. Have you ? #VoteDelhi #EveryVoteCounts.” Taapsee is all smiles with her sister Shagun along with her parents.

Taapsee earlier took to Instagram to share pictures with her mother and sister. She also shared a video laughing over the quilt that was without the cover.

Sharing a selfie with her mom, Taapsee wrote, ''Ready to get inked tomorrow. A quick break to make sure we vote. Will you? #Delhi Citizen.”  Another picture with her sister has the caption, ''Let’s vote Puchi.” 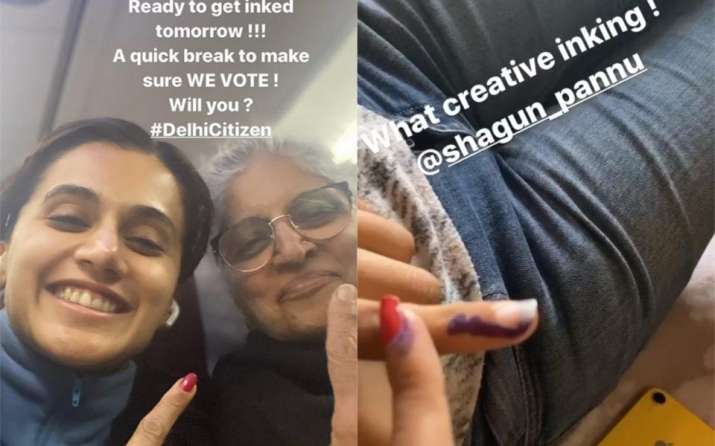 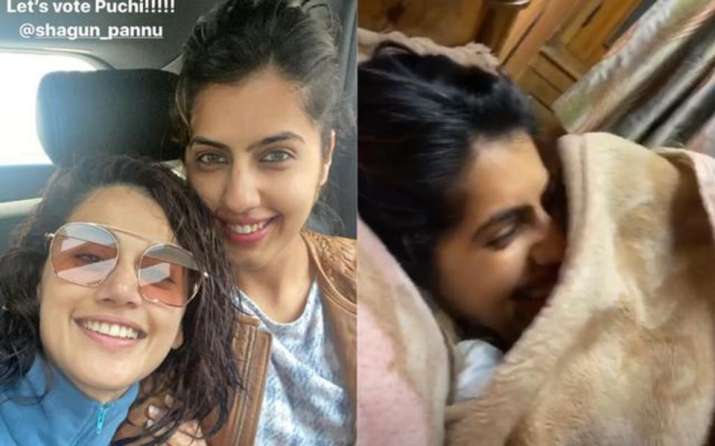 Later, she shared a video in which the two sisters are seen flaunting the ink on their fingers. The caption reads; ''What creative inking!!!!”

In one of the videos, she joked how their mother gave Shagun a blanket without a cover. Sharing the video, she captioned it, ''When your parents aren’t prepared to receive you home all of a sudden!”

Taapsee had been shooting for Haseen Dillruba in Haridwar. She took out time to fly to Delhi and cast her vote in the assembly elections.

Fire and Ice.... but is she everything nice? Meet ‘Rani Kashyap’ in her रानी पिकं world 👩🏼‍🎤 💓 #HaseenDilruba

Taapsee is currently gearing up for the release of Thappad, directed by Anubhav Sinha. The filmmaker has earlier helmed Mulk and Article 15. Thappad is set to hit the screens on February 28.