Ranveer Singh has started working on the cricket drama film 83 in Dharamsala. After basking in the success of Padmaavat, Simmba and Gully Boy, Ranveer Singh has pulled up his socks and flew down to Himachal Pradesh to start the work on his next project directed by Kabir Khan. For the film, the actor is undergoing a tremendous physical transformation. As far as the body language is concerned, he will be trained under cricket legend Kapil Dev himself for the film. On Saturday, Ranveer shared two pictures from Dharamsala Cricket Ground which has the former Indian cricket captain giving him instructions. Sharing the pictures, the Simmba actor address to Kapil Dev as the legend. The pictures are now being circulated by several fan pages on the social media. Both Kapil Dev and Ranveer Singh are spotted in Indian cricket jerseys in the pictures. 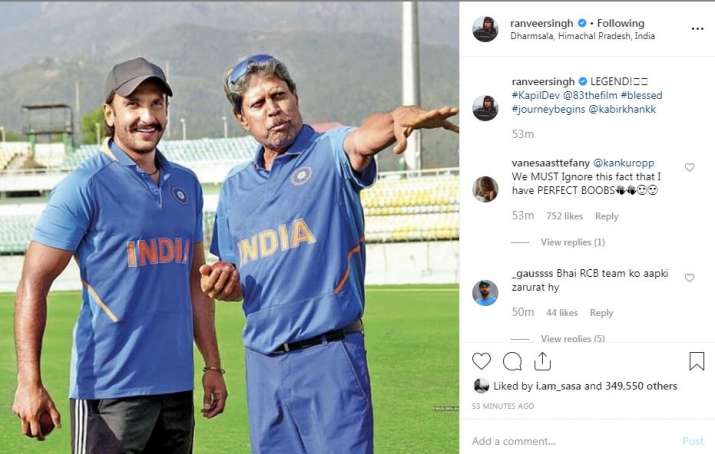 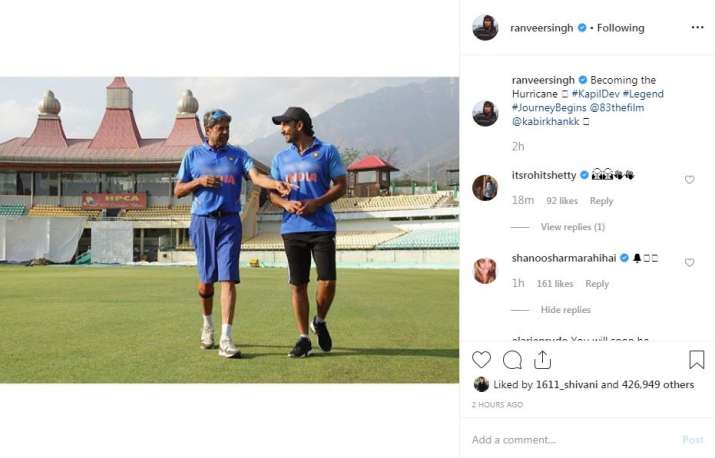 83 is the sports drama directed by Bajrangi Bhaijaan fame Kabir Khan. The film revolves around Indian cricket team's historic win at 1983 World Cup under the guidance of Kapil Dev. The star cast of the film consists some popular names like Pankaj Tripathi, Ammy Virk, Hardy Sandhu among others. Pankaj Tripathi, who has earned a name for himself with several films and web series, is playing the role of Man Singh, the former manager of Indian cricket team at the time of 1983 World Cup.