The hackers have replaced Big B's display picture with that of Pakistan Prime Minister Imran Khan.

Bollywood megastar Amitabh Bachchan's Twitter account has been hacked. The hackers have replaced Big B's display picture with that of Pakistan Prime Minister Imran Khan and the bio with "Actor ... well at least some are STILL saying so !! Love Pakistan". The Thugs of Hindostan actor's Twitter handle has been hacked by ‘pro-Pakistan’ Turkish hacker group, Ayyildiz Tim. 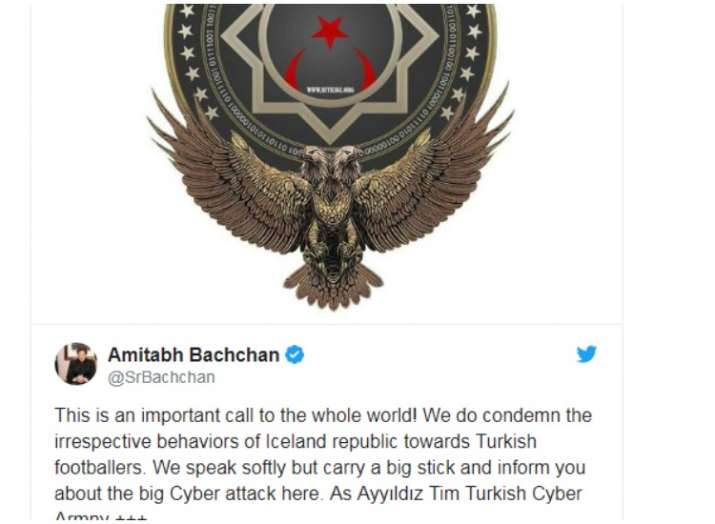 The first tweet reads as, "This is an important call to the whole world! We do condemn the irrespective behaviors of Iceland republic towards Turkish footballers. We speak softly but carry a big stick and inform you about the big Cyber attack here. As Ayyıldız Tim Turkish Cyber Armny +++" 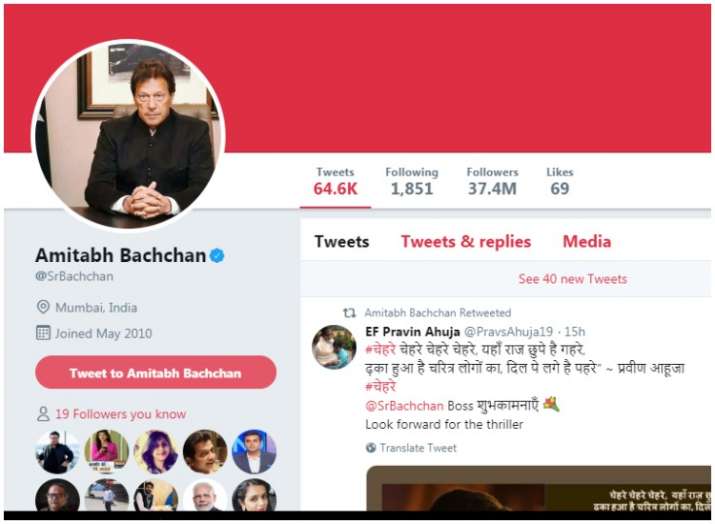 The following tweet reads as, "We are waiting for your support." Furthermore, the hackers have also slammed India in one of the tweets. The tweet read: "The Indian State, who mercilessly attacks the Muslims fasting in the month of Ramadan, is attacking the Ummah Muhammad in this age! Indian Muslims are entrusted to us by Abdulhamid."

Fans of the Indian megastar are quite distressed about their favourite actor Amitabh Bachchan's twitter account being hacked. After a number of tweets and change in the profile picture, the hacked have also changed the cover picture of the account twice. They have now also changed the bio of Big B's account by a poem by written by the actor's father Harivansh Rai Bachchan. The bio now reads, ""तुमने हमें पूज पूज कर पत्थर कर डाला ; वे जो हमपर जुमले कसते हैं हमें ज़िंदा तो समझते हैं "~ हरिवंश राय बच्चन" As reported, earlier the profile picture was changed to Pakistan's Prime Minister Imran Khan, but now it has Amitabh Bachchan's picture. 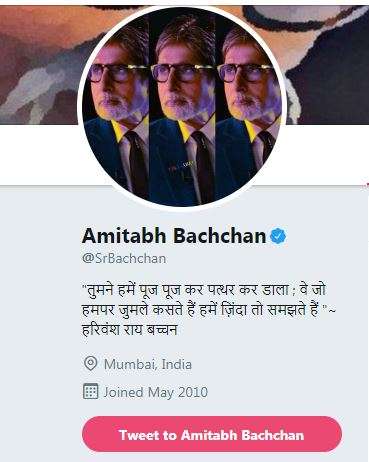 The hacking group also tweeted the link of its 'official' Instagram page, though unverified, writing "We are waiting for your support."

"We have informed our cyber unit and Maharashtra Cyber about *hacked* Twitter account of @SrBachchan. They are investigating the matter. Further updates awaited," the Mumbai Police spokesperson told PTI. The same group had previously hacked Twitter accounts of actors Shahid Kapoor and Anupam Kher among others.