'Hangover' by Salman, 'Rangi Saari Gulaabi' by Madhuri, Alia's rendition of 'Main Tenu Samjhawa' and Shraddha's 'Galiyan' were surprisingly given a thumbs-up by the audience. After giving his voice to songs like 'Chandi Ki Daal Par, Sone Ka Mor' from 'Hello Brother' and the title track of 'Chal Mere Bhai', Salman crooned 'Hangover'.

His tough voice was much softer than his previous musical outings, making it perfect for the contemporary romantic ballad. Madhuri, who contributed to 'Kahe Chede Mohe' in 'Devdas', belted out an earthy number 'Rangi Saari Gulabi' from 'Gulaab Gang. Alia and Shraddha were one step ahead of their senior counterparts as they sang multiple numbers for their movies. Under the direction and insistence of music maestro A R Rahman, Alia turned singer for 'Soona Saha', a melting lullaby from 'Highway'.

Although primarily sung by Pakistani singer Zeb, it was the bit sung by Alia that was a winner, while tracks like 'Pataka Guddi', 'Mahi Ve' from the film were instant hits. Alia, 21, also crooned beautifully a rendition of Punjabi number 'Main Tenu Samjhawa' from 'Humpty Sharma Ki Dulhaniya'.

Shraddha, made her singing debut with 'Galiyan' from 'Ek Villain', which made it to top of the charts thanks to the music of Mithoon and Arijit Singh's voice.

She took her singing ambition a step further by lending her voice to a Kashmiri folk song in Vishal Bhardwaj's 'Haider', which was better than her maiden effort. 'Haider' stood out for its brilliant 'Bismil'. Written by Gulzar, sung by Sukhwinder and composed by Bhardwaj, the song turned out to be a high point of the film.

'Khul Kabhi', 'Jhelum' in Bhardwaj's own soft voice and a beautiful re-working of Faiz Ahmad Faiz's famous ghazals 'Aaj Ke Naam' and 'Gulon Mein Rang Bhare' were other numbers that stood out in 'Haider'.

London-based Punjabi folk singer Kanika Kapoor burst onto the Bollywood scene with the 'Baby Doll' thanks to her unique singing style, accompanied with naughty lyrics. Her other song 'Lovely' from 'Happy New Year' was equally popular with the rap and the Punjabi dhol used timely and to great effect. 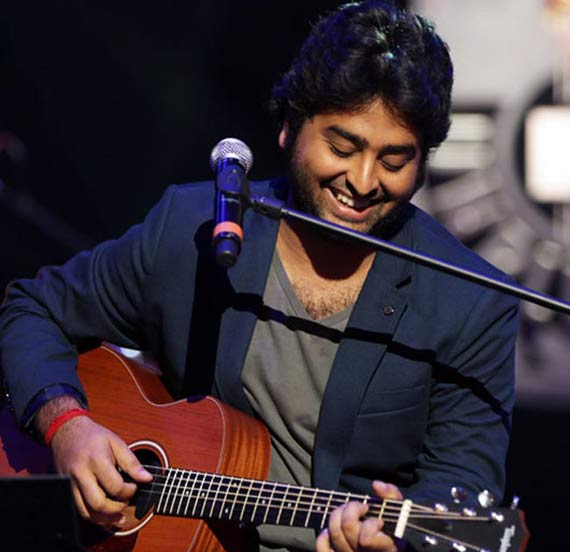 Shreya Ghoshal's 'Manwa Lage' in 'Happy New Year' was the usual romantic track. Ghoshal's voice brought a feel good quotient to the song. The use of musical instruments like oud, rabaab and santoor make Sukhwinder Singh's 'Bismil' from 'Haider' sound like a cross between Kashmiri folk music and Middle Eastern music. The title track of 'Kill Dil' brought together Sonu Nigam and Shankar Mahadevan, who successfully revived the early 70s music through the song.