Radhika Madan brutally trolled for her 'risky' black top: 'What is she even wearing'

As Radhika Madan kickstarted promotions for her upcoming project, Shiddat, she was brutally trolled for her sartorial choices.

Actress Radhika Madan is all set for her upcoming film Shiddat. The film also stars Sunny Kaushal, Mohit Raina and Diana Penty. As the actors kickstart promotions for the project, Radhika was spotted wearing a black top with checked pants. While the actress looked stunning during the promotions, Radhika was brutally trolled for her sartorial choices. A number of users commented on her pictures shared by paparazzi online writing, "What is she even wearing," another said, "She is so uncomfortable in the dress saaf dekh rha h." A user tagged her outfit as 'risky', whereas a third one said, "Kuch bhi pehen lete hain log."

An Instagram user also likened her fashion choices to that of Bigg Boss OTT contestant Urfi Javed, who was recently spotted wearing a crop denim jacket at the airport. Take a look: 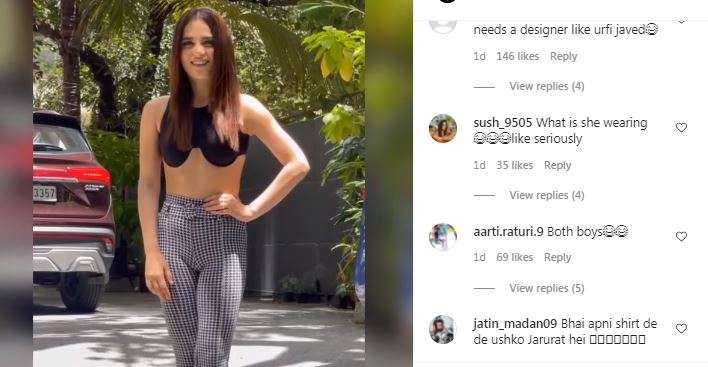 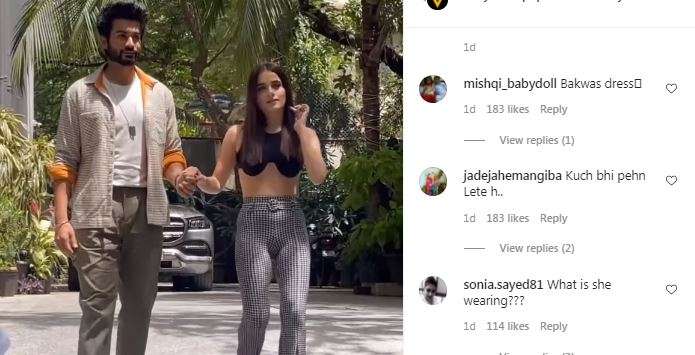 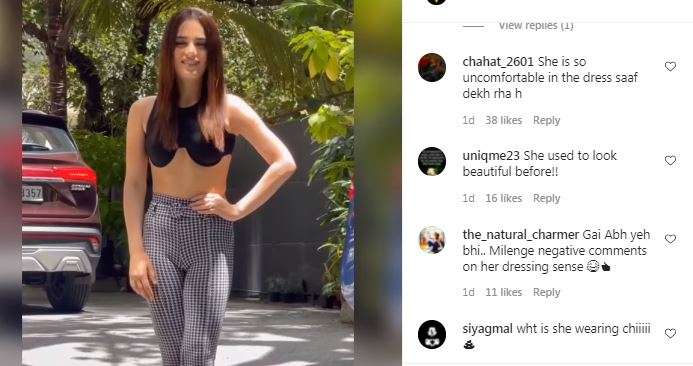 Earlier talking about Shiddat, Madan said he will leave no stone unturned in her bid to prove her mettle as a versatile artiste. Speaking to IANS, Radhika opened up about her upcoming projects and the roles she would like to do in future.

"I want to do roles I haven't done before. I don't like to play the same character again and again. It's very important for an actor to play different roles and takes different challenges," she said.

The actress claims novelty of character is a reason she is excited about her next release, Shiddat.

"In my upcoming film Shiddat, I am essaying the role of a swimmer. Honestly, I didn't know swimming before signing the project. I learnt it now. It took me four to five months to learn swimming. I want to play different roles. I don't want audience to put me in a box," she said.