OnePlus 8 series is set to unveil on April 14 via an online livestream alongside the OnePlus Bullets Wireless Z earphones. From wireless charging support to 120Hz refresh rate display, here's everything we know so far.

OnePlus is gearing up to launch the OnePlus 8 series alongside the  OnePlus Bullets Wireless Z earphones on April 14. Until the OnePlus 6T, the company had been showcasing only one smartphone per launch event. However, in 2019, the company changed this trend by launching two smartphones, the OnePlus 7 and OnePlus 7 Pro. The Pro series were added in the line-up to help the company go head to head against the likes of Apple iPhone 11, Samsung Galaxy S10 and more.

This year, the company is said to launch both the regular OnePlus 8 as well as the OnePlus 8 Pro. While these two names are confirmed, there are rumours that there might be a third smartphone this time around, the OnePlus Z. According to the leaks and rumours, the OnePlus Z will not be a flagship but more of a successor to the OnePlus X.

OnePlus has scheduled an online launch event for April 14. Fans living in India can tune in to the company's social media channels at 8:30 PM on Tuesday to watch the live stream. While we will get to know everything about the device on the launch date, here are all the leaks, rumours and renders at one place giving you a glance at what to expect from OnePlus this year.

OnePlus 8 will be a direct successor to the last year's OnePlus 7T smartphone. Since the introduction of OnePlus 6, the company has been making only minute changes on the design front. However, this time around, the company is aiming to change the look of the design a little more than usual.

According to the renders, the OnePlus 8 smartphone will eliminate the waterdrop notch in exchange for a punch-hole design with the selfie camera placed on the top left corner of the screen. This will not only bring a refreshed look but also offer a better screen real estate to the user. 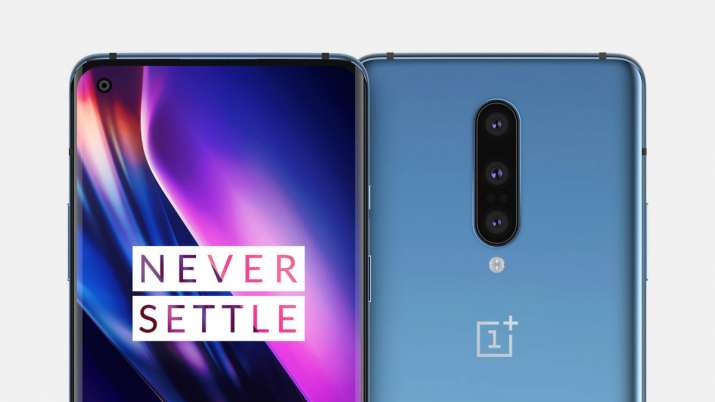 On the back, the OnePlus 8 is expected to feature a triple camera setup with a vertically arranged camera bump. The rear camera system looks like it has been picked right from the last year's OnePlus 7T Pro.

As for the placements, the OnePlus 8 features a USB Type-C port on the bottom edge surrounded by a speaker grille and a SIM tray. While the right edge will house the power button and the alert slide, the left edge will get the volume buttons. 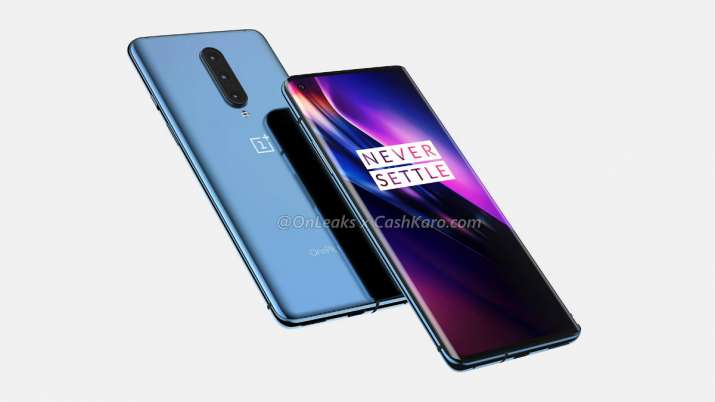 Recently, OnePlus also confirmed that the OnePlus 8 series will come with support for the new Warp Charge 30 Wireless (fast wireless charging) technology. While the OnePlus 8 Pro is confirmed to get a 120Hz high refresh rate panel, the OnePlus 8 might settle for last year's 90Hz panel.

OnePlus 8 Pro will succeed the last year's OnePlus 7T Pro. While it will be a true successor in the feature and specifications list, it looks more of a downgrade on the design aspect. OnePlus 7 Pro and 7T Pro featured pop-up selfie cameras, which not only brought that extra screen real estate but also offered privacy. However, this year the Chinese smartphone manufacturer is ditching the pop-up mechanism for a punch-hole design. 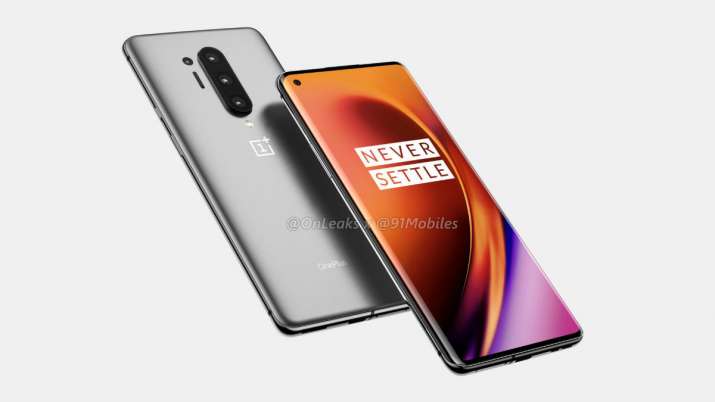 Apart from the punch hole selfie camera, most of the design elements remain similar to the last year's Pro models. On the renders, the back of the OnePlus 8 Pro looks quite similar to the 7/7T Pro. While the camera setup looks identical, the branding is now minimal and the extra details have been removed from the bottom half of the back glass.

On the specifications front, the OnePlus 8 Pro will come with the Snapdragon 865 processor and 5G support. The Pro variant is confirmed to come with a 120Hz high refresh rate display and 30W fast wireless charging support. As of now, the RAM and storage variants of the smartphones have not been confirmed. The premium device is expected to come with up to 12GB of RAM and 256GB of onboard storage.

In the camera department, the OnePlus 8 Pro is said to sport a quad-camera setup at the back consisting of two 48-megapixel cameras, an 8-megapixel lens and a 5-megapixel lens. The functionalities of the different cameras are unknown as of now. Upfront, the Pro model is expected to feature a 16-megapixel selfie shooter. 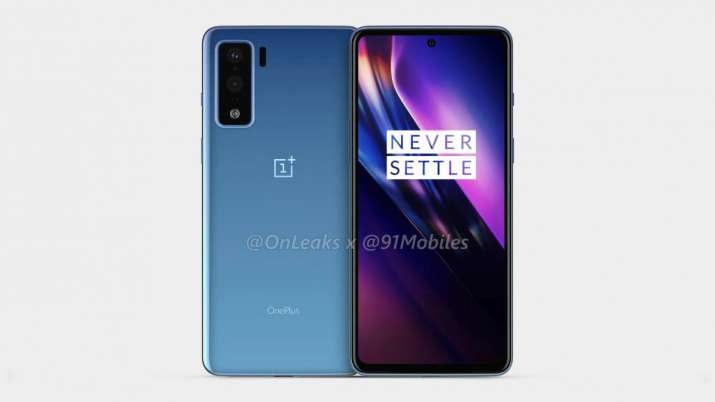 Unlike last year, this year the Chinese smartphone manufacturer is expected to launch three new smartphones at the launch event. With the prices of the OnePlus phones going up, the company will need another smartphone with all the essentials for the affordable flagship market. According to the leaks, OnePlus is working on a third smartphone which will be called the OnePlus 8 Lite or OnePlus Z.

As seen on the leaks and renders, the lighter variant looks quite different from the OnePlus 8 and the OnePlus 8 Pro. Firstly, the smartphone is said to feature a centrally located punch hole camera on the front. On the back, the cameras are placed in a similar manner to the recently launched Samsung Galaxy S20 series or the Huawei P40 series.

Also Read: OnePlus 8 series get A+ score on DisplayMate, everything else to expect

On the specs front, the OnePlus 8 Lite or OnePlus Z is rumoured to be powered by a MediaTek chipset and come with a 90Hz high refresh rate display. It is also expected to max out at 6GB of RAM and 128GB of onboard storage.

As far as the pricing is concerned, the OnePlus Z is expected to be priced around EUR 400, which roughly converts to Rs. 34,000. OnePlus 8 and OnePlus 8 Pro could easily cross the Rs. 60,000 and Rs. 70,000 mark respectively when launched in India. Apart from the smartphones, the company is also expected to launch the OnePlus Bullets Wireless Z earphones with Warp Charge and 20-hour battery life.

As of now, these renders, leaks and details can be taken with a pinch of salt. The company will finally unveil the new smartphones on April 14 via an online-only launch event globally.