Huawei P40 series has finally launched and they pack a punch in terms of cameras and the hardware. Here's everything you need to know.

All the leaks and rumours finally come to rest as Huawei Mobile launches the much-anticipated Huawei P40 series. Huawei P40 Plus was unveiled alongside the regular Huawei P40 and the P40 Pro. The top of the line variant was earlier speculated to be called the P40 Pro Premium. However, the company chose to go with something as simple as P40 Pro+.

While these flagship phones are all about the cameras, they also pack in a punch on the hardware front. The smartphones go head to head against the all-new Samsung Galaxy S20 series and the Apple iPhone 11 series.

Huawei P40 series bring a premium design. While the back of the phones reminds us of the Samsung Galaxy S20 Ultra, the smartphone series still manages to stand out with all the new finishes and the premium design on the front.

Huawei P40 and P40 Pro+ sport a 6.58-inch OLED display with a resolution of 2640x1200 and a high refresh rate of 90Hz. The display also offers a punch-hole design and brings a flowing shape that the company likes to refer as an "Overflow Display" with four curved edges. Both the smartphones are powered by the latest Kirin 990 5G chipset and also come with Wi-Fi 6 Plus support via the new Kirin W650 chip inside.

The P40 Pro packs in 8GB of RAM and 256GB of onboard storage. The P40 Pro+ sticks with the same amount of RAM but offers a massive 512GB of internal storage. 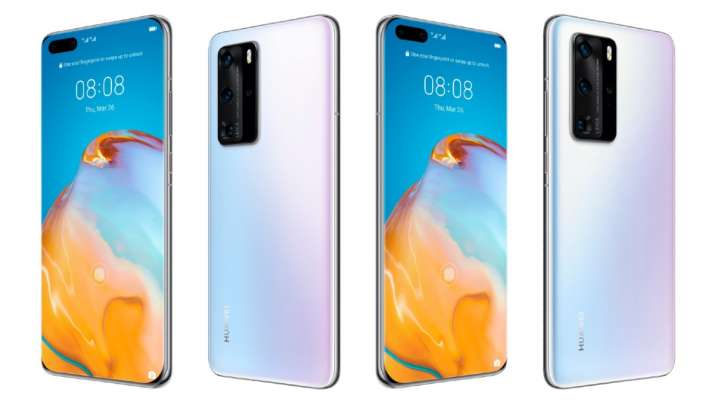 Huawei P40 Pro is backed by a 4,200mAh battery and it also supports 40W wired charging. The P40 series is the first smartphone series to come with 40W fast wireless charging support.

Huawei P40 features a 6.1-inch fullHD+ OLED display. Unlike the Pro series, this one is a flat display and comes with the standard 60Hz refresh rate. It is also powered by the same Kirin 990 5G chipset. The handset comes with 8GB of RAM and 128GB of onboard storage. Under the hood, the handset packs in a smaller 3,800mAh battery that supports 22.5W fast charging. 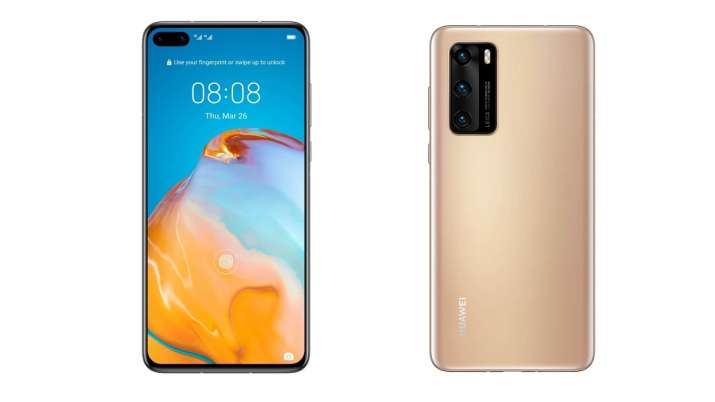 As for the cameras, the Huawei P40 comes with a triple camera setup at the back, which includes an 8-megapixel 3x optical telephoto lens, a 50-megapixel ultra-vision-wide camera and a 16-megapixel ultra-wide lens.

All of the new Huawei handsets run on the latest EMUI 10.1 operating system based on Android 10. However, they lack Google Play services and in exchange bring the new Huawei App Gallery loaded with tons of new apps and games.

Alongside the Huawei P40 series, the company also launched the Huawei Watch GT 2 (a new Champagne Gold edition) and the Watch GT 2e priced at EUR 229 and EUR 199 respectively.