ColorOS 12 now offers a much more refined user experience: Here's all you need to know

ColorOS 12 will be rolling out to Oppo devices soon and here's what the new update is going to offer.

Oppo’s ColorOS has been around for quite some time now. Over the years the Oppo has worked hard on making the UI experience better. Now, with the ColorOS 12, the company has refined the Android experience even more for Oppo users. But should you really consider updating to the new software? Let’s find out.

Once you update your smartphone to ColorOS 12, the home screen might look similar to the one you had on the ColorOS 11. It is only when you pull down the notification panel that you will realise that you have entered a new space. The notification panel used to look a bit cluttered in ColorOS 11 but now it looks spacious. With ColorOS 12, Oppo has taken a more minimalistic look which I feel will appeal to many.

The difference can also be noticed in the Settings app. The design elements are different and they look much better and cleaner when compared to ColorOS 11.

Oppo has also increased the level of customisation options available on ColorOS. Users can now head over to the Personalisation section in the Settings app where they can change the colour, shape and size of the icons and even use the theme library to change the whole look and feel of the device. The Always-On Display menu also has more options than before. 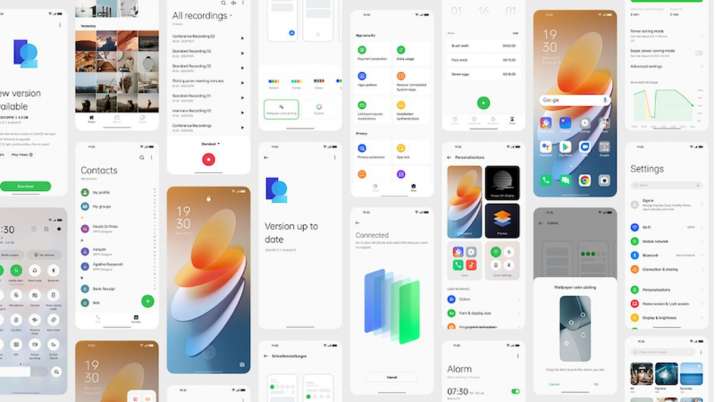 Oppo has also added a new set of wallpapers. In order to make it more customisable, Oppo now also gives an option that allows users to click a picture of an object and use its colour to suggest some wallpapers.

The animations on the ColorOS 12 have also improved. The smartphone feels much snappier and the animations offer a better visual feel.

Oppo also claims that the battery life will be improved by 12 per cent with the new ColorOS 12 due to the amount of optimisation made.

Since the ColorOS 12 is based on Android 12, there are some new privacy features as well. There is a privacy dashboard available that clearly shows which app used which permission in a given period of time. Even the notification panel now has an icon to disable permission for the microphone and camera on the fly. 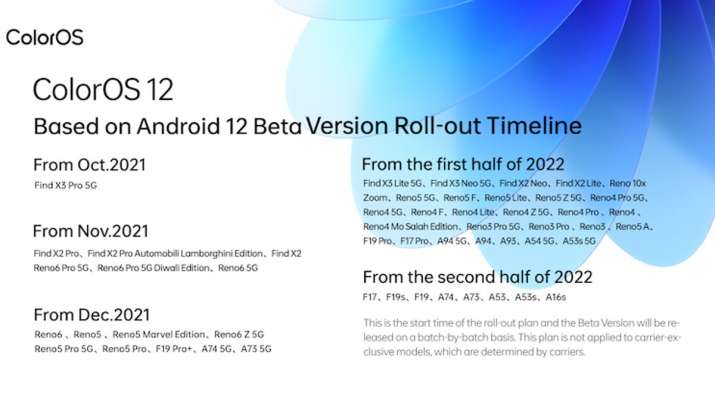 Oppo has also improved the way we used to take screenshots. The three-finger gesture is still here but the feature that has been added that allows users to translate text on the screenshot quickly.

Overall, the ColorOS 12 is a much welcome update on the Oppo devices. The company has announced that all the devices launched in 2019 or after that will receive the ColorOS 12 update. Once the update is made available, you should definitely consider upgrading.