When Irfan Pathan revealed what ruined his career. And it was not Greg Chappell

Irfan Pathan announced his retirement from all forms of cricket on Saturday, thus, bringing an end to a career that never took off despite incredible promise.

Every now and then India have produced sensational talents one who inspire a sense of hope in youth and in grey hairs, a sense of youth. From his stellar under-19 days to spearheading India's pace attack in Tests in just a matter of six months, Irfan Pathan gave rise to immense hope and brought ample accolades from veteran cricketers who have all lined up their own little set of predictions for the youngster. His ability to swing the ball both ways gave rise to Wasim Akram comparisons, while his slow emergence as a batting all-rounder saw him rise to top-five of ICC rankings for both Test and ODIs. But all at once, his magic began to fade and Pathan was just another short yet a memorable story for Indian cricket fans. While most blamed former India coach Greg Chappell for his downfall, Pathan, who announced his retirement from the game on Saturday, had clarified two years back that it was injuries that put an untimely end to his career.

Following a glorious start to his cricket career, rising through the ranks of under-19 Tests and youth ODIs, Pathan made his India debut in Adelaide in 2003 against Australia. Coming as a replacement for injured Zaheer Khan on a tricky WACA track, Pathan picked up the wickets of Steve Waugh and Adam Gilchrist in his brilliant spell of reverse swing bowling and removed Ricky Ponting in the second innings of the fourth Test. He subsequently made his ODI debut in a tri-nation tournament in the following year and finished with 16 wickets.

Pathan slowly emerged as India's leader in their pace attack and played crucial roles in the team's 2004 tour of Pakistan and also continued his prolific wicket-taking in the ODIs.

Pathan was already the blue-eyed boy of Indian cricket. Imran Khan, the current Prime Minister of Pakistan, compared him with Wasim, but a wiser one given his then age. Ravi Shastri, the incumbent Indian coach, saw a young Kapil Dev in him. Javagal Srinath, a former Indian cricketer, marked Pathan for the 300-wicket club.

The Indian cricket team was soon (2005) joined by Chappell as their new head coach who saw in Pathan a potential all-rounder and was determined to bring out that factor in the youngster. While the process brought moderate success in the beginning, Pathan was given the opportunity to open in an ODI match, against Sri Lanka, and he scored 93, and managed four straight scores of over 80 in Tests. Chappell's experiment eventually bore results and Pathan rose through the ranking charts of Test and ODI all-rounders in ICC list in 2006. But his form fell thereafter, and it dropped so low that in 2006, he was reportedly sent home by BCCI owing to poor performance.

He made a strong comeback a year later, winning the Man of the Match trophy in India's win in the inaugural World T20 against Pakistan and amid topsy-turvy results, managed to retain his spot in the Indian team before injuries sidelined him for a prolonged period in 2009 and thereafter. He last appeared for India was in 2012. 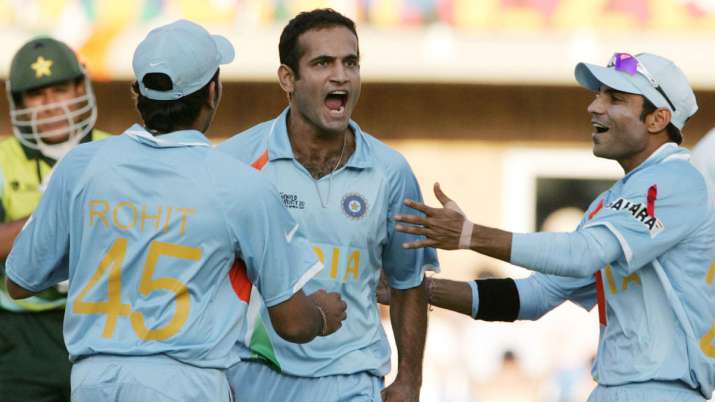 Pathan’s was a promising career, with the start compared with legends, but it ended on a poor note. Many fans, even veterans felt Chappell’s notion of Pathan as an all-rounder was the reason behind his downfall. But in 2017, Pathan revealed the real reason.

“Nothing of that sort happened. I know lot of people said Greg Chappell ruined my career which is not true. No one can ruin anyone’s career. What you need to do, you need to do. You alone are responsible for what you do,” said Pathan two years back.

“When I was dropped from the team I was unfortunately injured. After that, making a comeback was a bit difficult. I don’t blame anyone,” he added.

"Today, I am saying goodbye to cricket, about which I thought for day and night. I last represented India in 2012 and after that I tried hard. Today in 2020, a thing comes up on social media 'make a comeback', so I want to thank the fans, who never left me alone. It's a time to start the next journey," Irfan said at a Star Sports show.