The Indian batters struggled to deal with swing and short-pitch bowling from the New Zealanders as the hosts won the two-match Test series 2-0 against India.

Even a few months back, Indian top-order batsmen were scoring double centuries and centuries, breaking records, setting new ones and winning consecutive games by innings margin, as they extended their winning run in World Test Championship and at home. Such were their dominance that comparisons were drawn between this Indian side and the evergreen Australian sides led by Steve Waugh and Ricky Ponting. And with their historic win in Australia in January 2019, clubbed with an unrivaled home stretch, India, by many were dubbed as world beaters. Even with an entire year to go for the anticipated Australia tour, India were already declared winners. But a tour of New Zealand, nine months before the trip to Down Under, exposed all the batting weaknesses of famed batting lineup of India.

The New Zealand pace attack, comprising the new-ball pair of Time Southee and Trent Boult, together with Neil Wagner, Kyle Jamieson and fifth-option Colin de Grandhomme, called out the follies in India's mainstay batters throughout the four innings of the two-match Test series, leaving the visitors huffing and puffing to even amass 200. And in this article, we will look into how New Zealand exposed India's weaknesses to the world, one that could come very handy for the Aussies.

Mayank Agarwal: Mayank was one of the two positives for India in their 10-wicket defeat in Wellington. After the initial jitters, he had settled in well and applied himself cautiously against the swing and bounce that Boult and Southee served relentlessly at the Indian batters. However, it was in the second Test  where Mayank's weakness was exposed, by the left-hand pacer. Boult kept juggling between in and out swingers from around good length from over the wicket and the ones that nipped back in sharply troubled the opener continuously in the 17 deliveries he faced across the two innings. Eventually, it was the nip backer aimed on to his pads that dismissed him on both the occasions.

Prithvi Shaw: It is largely expected that Rohit Sharma will return to take back his slot for the Australia series. But in case, he incurs another injury between now and then, Prithvi will be the most likely replacement.

The youngster was dismal in the first Test in Wellington where he showed absolutely no footwork against swing. After being backed by the skipper to learn from his mistakes and comeback stronger, Prithvi applied the same strategy that Sachin Tendulkar had advised to Kohli after his horror England tour. He stood outside the crease and his forwards press was more than that is Wellington and most importantly, he impressively mixed between front foot and back foot to play Southee and Boult through the off side. There were some gorgeous back-foot punches and some astounding straight drives. However, he failed to rectify his mistake against shorter deliveries, the one that Boult (in Wellington) and Southee (in Christchurch) perfectly executed against the youngster. 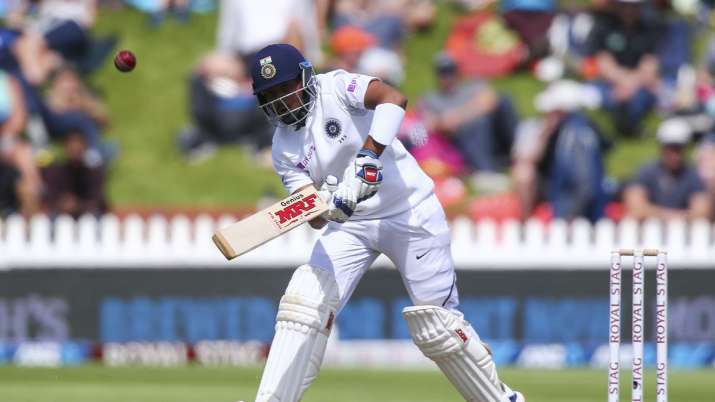 Prithvi has to be wary of the fact that these bouncers will come back haunting him in Australia and hence he needs to adapt himself against these deliveries.

Cheteshwar Pujara: Not just Kohli, the ghosts of 2014 haunted Pujara as well, the one who rightfully served the title of Mr Dependable in the tour of Australia in 2018/19.

In the first innings in Wellington, Jamieson hammered him with the short ball length before managing to get bounce of that same old good length ball which was angled into the batsman and straightened enough to take the outside edge as BJ Watling completed the formalities behind the stump. Pujara did nothing wrong on his behalf, and looked solid in his defense. And in the first innings in Christchurch, he simply threw in wicket inexplicably after building a promising foundation with his 25th Test fifty.

However, it was the other two dismissals, both by Boult, that brought back the memories of 2014. From around the wicket, Boult dished out the inswinger that seamed back in to knock him down. The moving ball was never of friend of Pujara. While nip-backers had troubled him in England, in the South Africa series in 2018, he was thrice dismissed by the balls that moved away from the wicket.

Virat Kohli: 38 runs in four innings at 9.50 was all Kohli could manage in what was his worse overseas tour since 2014 England. And even though the 31-year-old might remained unfazed about his scores, there stands a very concerning factor about this series. Not one, but multiple weaknesses of Kohli has been exposed by the New Zealand pace attack.

While his stance has overwhelmingly improved against the deliveries moving away, as he averages over 40 against the variety since 2014, his numbers against the ones that jags back in has dropped significantly. And it has largely to do with the tactic he has developed against the outswingers. He troubled by the same in South Africa - three dismissals in 17 deliveries - and now has been dismissed three more times in the tour of New Zealand.

Barring this kind, there were two more. Jamieson, in the opener at Basin Reserve, had set Kohli up with a series of shorter deliveries around off to push him inside the crease before dishing out that outswinger on good length to find the outside edge. And in second innings, he was dismissed by a short delivery from Boult from around the wicket, a plan B from New Zealand after they had failed to undo the Indian skipper with the moving ball.

Ajinkya Rahane: In the second innings in Christchurch, there were an array of 27 short deliveries thrown at Rahane by Jamieson and Wagner. He took a few on his helmet, looked to cut a few over the slip cordon and wanted to execute the pull in the presence of a square leg fielder. And after the relentless approach from the two pacers, Rahane horribly dragged the leg-side delivery from Wagner into the stumps.

This does come as a surprise as Rahane has been a good batsman against short-pitched deliveries, He had scored 71 off 53 short balls during his 2014/15 Australia tour and his strike rate against this variety had risen from 44.44 to 53.85 in the 2018 tour of England. What had however grown as his weakness was the good length delveries - English quicks had dismissed him five off the seven times in 2018 tour with this variety.