India vs Australia: 5 key takeaways from a historic series triumph

What we now know that we didn't before the 4-Test series between Australia and India that concluded in Sydney on 7th January.

7th January. In 1956 on the same date Indian openers Vinoo Mankad and Pankaj Roy completed their stand of 413, then a record for the first wicket in any Test match. Exactly 31 years later, talismanic all-rounder Kapil Dev took his 300th Test wicket in Cuttack. Come 2019, the date acquired a gargantuan meaning in Indian cricket history when Virat Kohli and his men trumped Australia to win their maiden Test series in the country.

The draw in Sydney in the fourth and final Test of the Border-Gavaskar Trophy ensured that Kohli became the first Asian captain to win a Test series Down Under. While the captain has been the fulcrum of India's all four away wins in the last one year, it was a team effort and not just the skipper's form with the bat that brought home the elusive achievement. In this article we look at some of the key takeaways from the just concluded series:

During India's recent tours to South Africa and England, while the best batsman in the world was accumulating a mountain of runs, the rest of the batsmen were failing to provide Kohli with the support that he needed in order to get his team over the finish line. But in Australia even though Virat managed a lone century and a total of 282 runs in the series, his teammates rallied around him to put India into favourable positions time and again. While Cheteshwar Pujara was the standout compiling three centuries on the tour, the likes of Ajinkya Rahane, Rishabh Pant and debutant Mayank Agarwal came up with innings of substance whenever the team needed them, thus taking the focus and pressure of their captain. The fact that Kohli finished as only the third-highest run-getter behind Pujara and Pant was a testament to the fact that the core of this team is finally looking much more stable and they don't seem over-reliant on the Delhi batsman as they seemed 12 months ago. Pujara, in particular, batted for hours after hours forcing the Australians into submission with his defiance at the crease. No wonder he was adjudged the Man of the Series and emerged as Mr Dependable in the side. 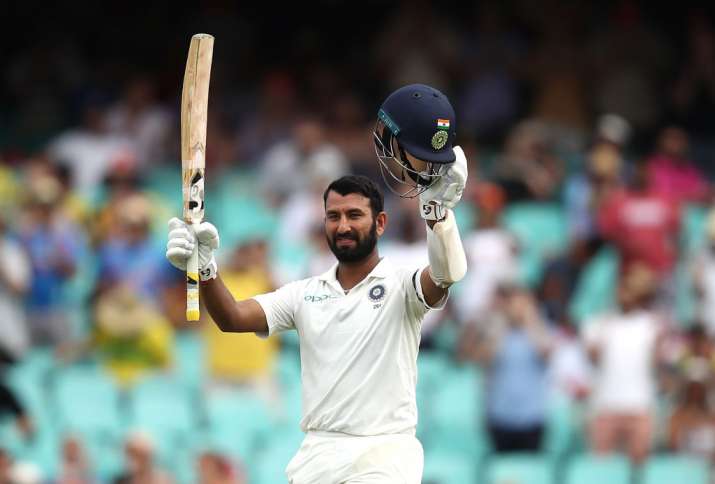 In a year where India's fast bowlers forged a niche for themselves and rightly earned the tag of 'best bowling attack in the world' it was perhaps inevitable that a series win like the one in Australia was just around the corner. The pace trio of Ishant Sharma, Mohammed Shami and Jasprit Bumrah emerged as a force to be reckoned with as they continued to bowl consistent lines and lengths at consistently high speeds. Seeing the Aussies getting bamboozled by Indian fast bowlers was definitely a sight to behold. Especially Bumrah who finished with 49 Test wickets from the ten Tests he has played since his debut in South Africa, has to be the "Player of the Year" despite Kohli's mountain of runs. It seems the days of Indian pacers getting hit all over the park by foreign batsmen in conditions away from home are a thing of the past now. 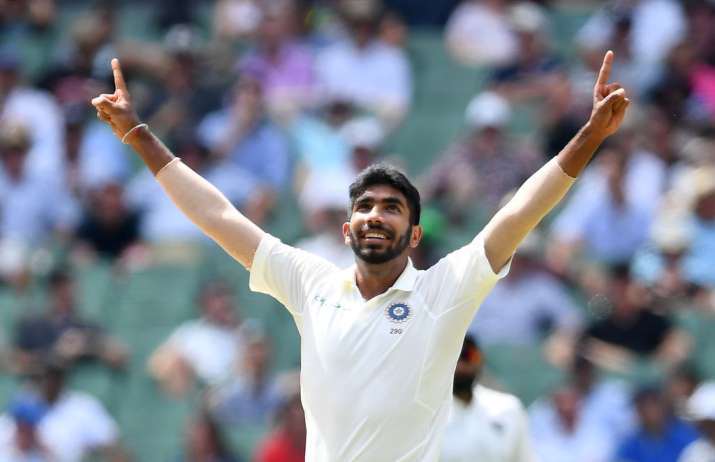 With a slew of home Tests planned for India in the next year or so, barring the lone tour to the Carribean, the team has a great chance to consolidate its reign atop the ICC Test rankings. A special mention here should go to young guns Mayank Agarwal, Rishabh Pant and Kuldeep Yadav who made the best of every opportunity they got in the series. While Agarwal missed out on two genuine chances of posting his maiden hundred, his sound technique with the bat against both the pace of Mitchell Starc, Josh Hazlewood and Pat Cummins and the cunning spin of the best spinner in the world outside the subcontinent in Nathan Lyon showed that he is a long-term prospect at the top. The poor form of KL Rahul, Murali Vijay aside, India now can lay to rest their opening conundrum whenever Prithvi Shaw returns to partner Agarwal at the top.

Pant, on the other hand, looked in a hurry to make runs at the start of the series but by the time we arrived at the business end of the rubber, the left-hander showed that he does have a second gear - one in which he is ready to wait for the bad ball to put it away - as he showed us all in his scintillating 159* at the SCG. Pant now has two away Test hundreds within a single year, while the giant MS Dhoni had none. Big boots to fill you said? Eh...

India have always been blessed with exceptional talent in the spin department but the Australia series showed that they now have three spinners of varied skills, all capable of winning matches for the team. In his first outing in Australia, Kuldeep showed why he has emerged as the most exciting spinner in the world after claiming a five-for at the SCG. With Ravichandran Ashwin and Ravindra Jadeja showing extreme control and threat with the ball in hand, there is no doubt that the nation's spin department is in safe hands for the near future. 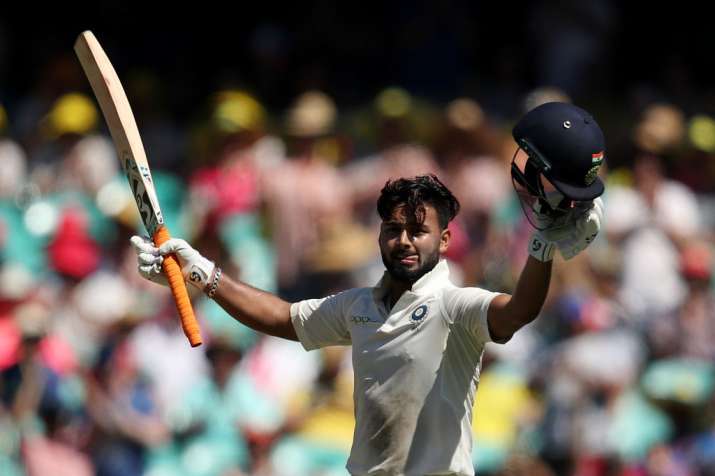 4. Ghosts of recent past still not buried

Even though Tim Paine and the Australian team management have done all they could - from sacking players and officials to a hastily organised PR initiative - to wash the stains of the Cape Town Ball-tampering scandal, their performances on the field have failed to match the talk off it. This has resulted in the captain openly admitting that the team desperately needs the banned duo of Steven Smith and David Warner to shore up the strength as their batting looks too fragile at the moment. Reports of discord amongst the current squad regarding team plans and faulty selection policies have not made things any easier for Paine who is increasingly discovering the rigours of captaining Australia post-Newlands. With a heavily revamped ODI squad announced during the Sydney Test, The Men-in-Yellow are up for a chastening year ahead which includes a tough title defence at the World Cup followed by an Ashes series, both in England. If Australia had thought they would bury the ghosts from March 2018 against India, they have been handed a profound reality check. 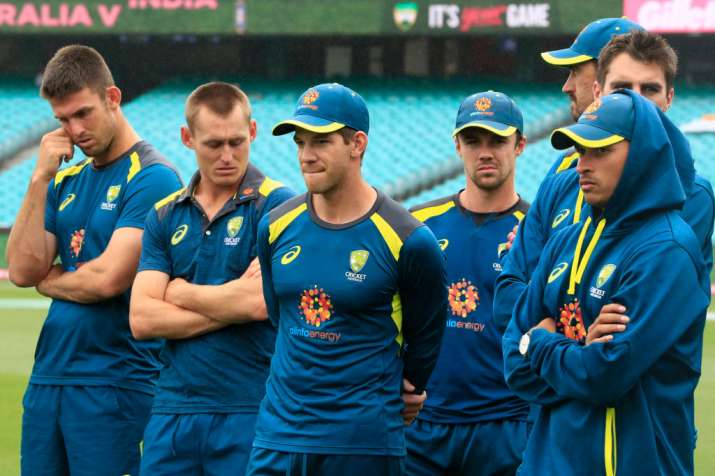 Fast bowler (probably Australia's best batsman right now?) Pat Cummins is perhaps the only Australian cricketer who has emerged from the series with his reputation enhanced. With 14 wickets at an average of 27.78 and an aggregate of 163 runs with the bat, the tall fast bowler bowled and batted his heart out everytime he was needed by his team - even if it was padding up as night-watchman after having been in the field for almost two days. Though he found able support from his fellow bowlers, he was often seen as the man who could make a difference for his team. Australia should at once hug him, love him and ensure that he isn't lost to the vagaries of injuries like many before him. 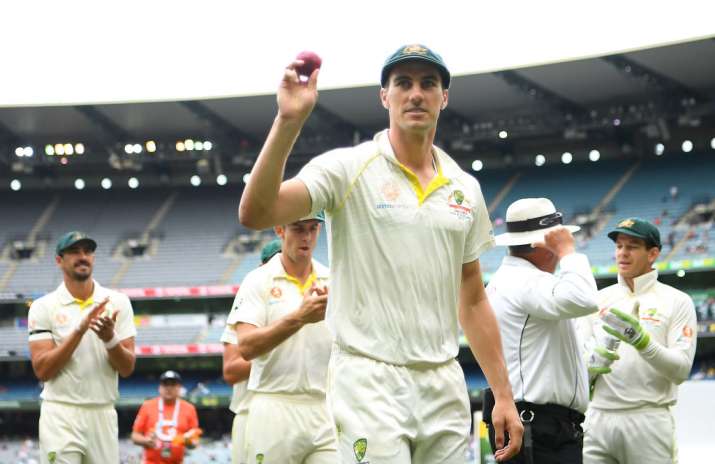