US President Donald Trump is on a two-day India visit. On Monday, Trump took a tour to Sabarmati Ashram in Ahmedabad and finally addressed his big event 'Namaste Trump' along with PM Modi in the presence of more than 1.2 lakh people. Here's how Indian newspapers reacted to POTUS' visit so far.

US President Donald Trump is on a two-day India visit. Trump accompanied by first lady Melania, daughter Ivanka Trump, son-in-law Jared Corey Kushner and his delegation arrived in Ahmedabad on Monday. Trump visited Sabarmati Ashram and finally addressed his big event 'Namaste Trump' along with PM Modi in the presence of more than 1.2 lakh people. On his second day in India today, Trump will discuss trade, defence ties with PM Modi. The two countries will also sign $3 billion worth of defence deals.

As the world kept its eye on the first official visit by Trump as US President to India, let's take a look at how the Indian newspapers reacted to Trump's first day in India so far.

The Times of India | Modi-Trump hug gets tighter 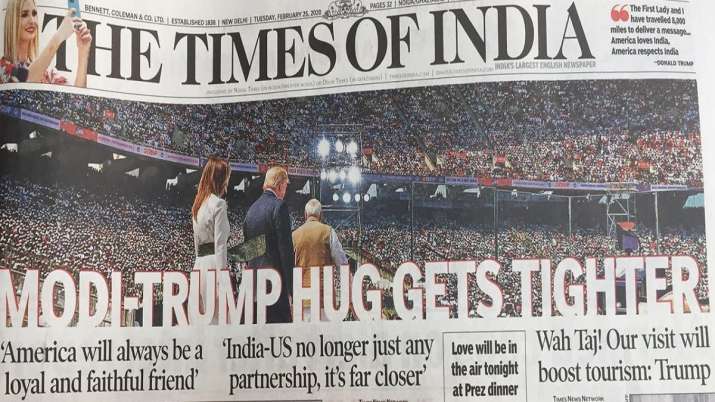 In a relationship-defining speech at packed Motera Stadium on Monday, US President Donald Trump declared that his country will always be faithful and loyal to Indians, and enthusiatically embraced the entire gamut of India-US ties. Trump's speech signalled a strong confluence on major issues of concern to India. "India and the US are committed to defending our people from radical Islamic terrorism," he said. " Every nation has the right to secure and controlled borders," he added. 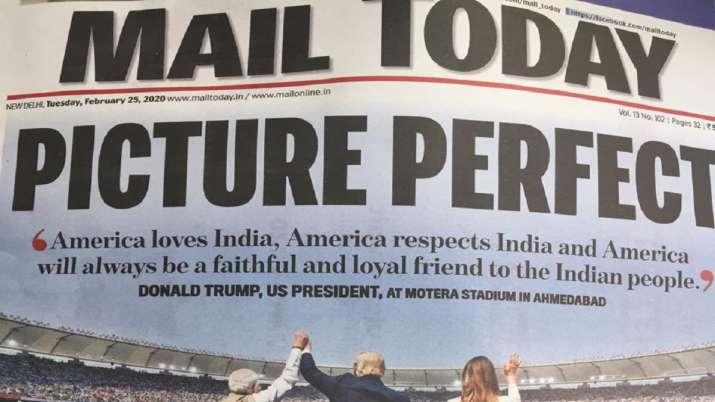 At the world's largest cricket ground, US President Donald Trump hit the ball out of the stadium on Monday, touching all the right buttons on strengthening India-American ties. Speaking at the packed to capacity Sardar Vallabhbhai Patel stadium, Trump said that the US loves and respects India and will remain a loyal friend. 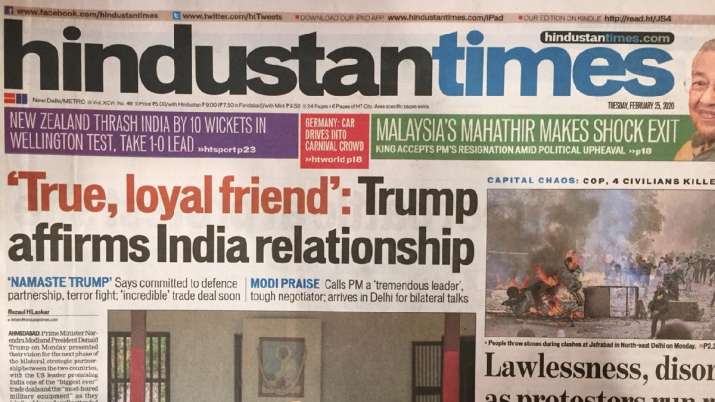 Prime Minister Narendra Modi and President Donald Trump on Monday presented their vision for the next phase of the bilateral strategic partnership between the two countries, with the US leader promising India one of the "biggest ever" trade deals and the "most-feared military equipment" as they jointly addressed a rally attended by over 100,000 people. 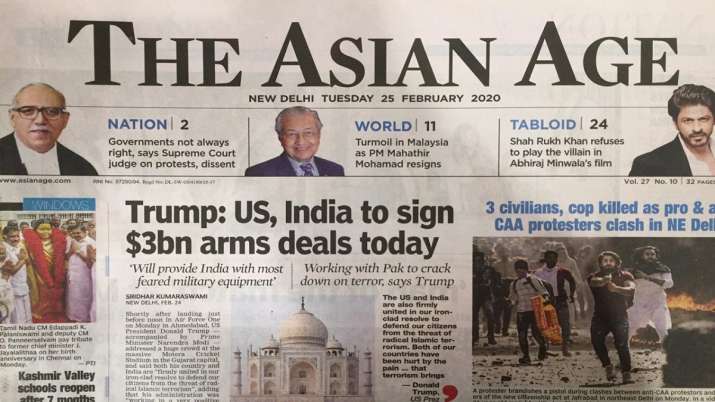 Shortly after landing just before noon in Air Force One on Monday in Ahmedabad, US President Donald Trump — accompanied by Prime Minister Narendra Modi — addressed a huge crowd at the massive Motera Stadium in the Gujarat Capital, and said both his country and India are "firmly united in our iron-clad resolve to defend our citizens from the threat of radical Islamic terrorism", adding that his administration was "working in a very positive way with Pakistan to crack down on the terrorist organisations and militants that operate on the Pakistani border." 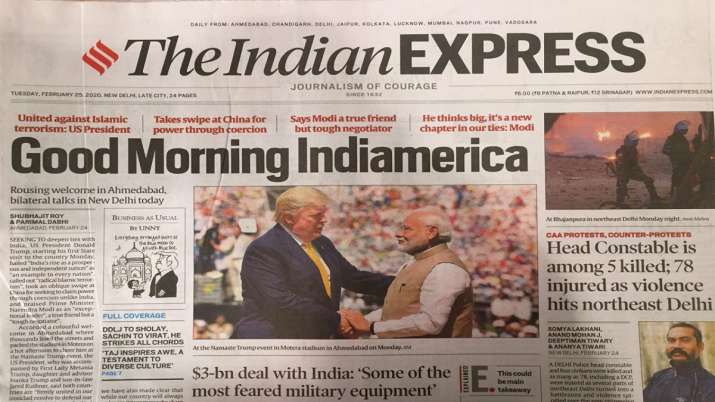 Seeking to deepen ties with India, US President Donald Trump, starting his first state visit to the country Monday, hailed "India's rise as a prosperous and independent nation" as "an example to every nation", called out "radical Islamic terrorism", took an oblique swipe at China for seeking to claim power through coercion unlike India, and praised Prime Minister Narendra Modi as an "exceptional leader", a true friend but a "tough negotiator". 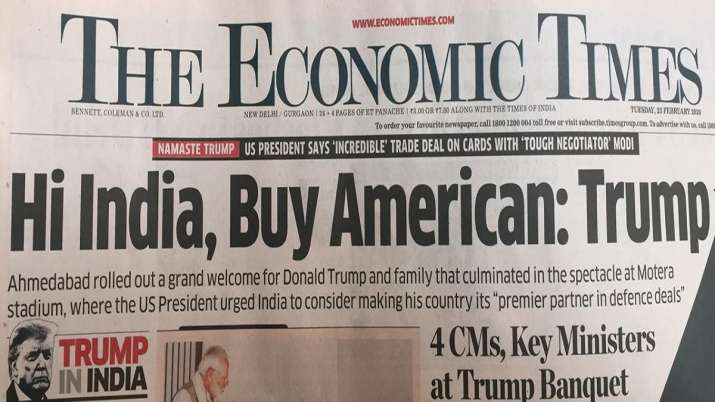 US President Donald Trump on Monday declared that he and Prime Minister Narendra Modi were set to seal a "very major, among the biggest ever made" trade deals. He also said India should consider making the US its "premier partner in defence deals" from there on. Trump called Modi a "tough" negotiator. an incredible trade agreement, and I am sure that by working together, the Prime Minister and I can reach fantastic deal that is good and brave for both of our countries," he remarked, as Modi — who was seated on the dais — smiled.

ALSO READ: Trump in Delhi: Photos from Day 2 of US President's India visit