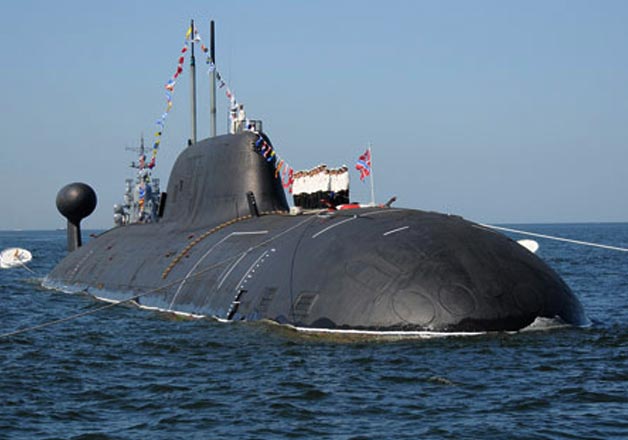 Chinese Navy clearly ahead of India.

India has 14 submarines — including one nuclear attack submarine, INS Chakra, leased from Russia in 2012 for 10 years — against China's 68 and Pakistan's five.

Most of India's conventional submarines are more than 20 years old and are reaching the end of their service life, according to this report by the Parliamentary Standing Committee on Defence (2014-15), which said it was “dismayed” at the “snails-pace” of commissioning naval vessels.

The Indian Navy has commissioned two submarines and de-commissioned five over the last 15 years, Defence Minister Manohar Parikkar said in a reply in the Rajya Sabha.

China launched or commissioned more than 60 naval ships and craft in 2014. A similar number is expected through the end of 2015.

The Indian Navy has 141 vessels, including 127 surface ships and 14 submarines. The Chinese Navy has more than 300 surface combatants, submarines, amphibious ships and missile-armed patrol craft.

Under the sea too, Chinese superiority