Man, on way to his Greater Noida home from Gurugram office, killed and robbed near Gaur Chowk

Daily commute from Parthala Chowk circle to Gaur Chowk in Greater Noida area normally takes just five to ten minutes for thousands of commuters in Noida Extension, but for Gaur City resident Gaurav Chandel it became the last trip. Gaurav was returning home from his office in Gurgaon and contacted his family on reaching Parthala Chowk.

"I will reach in 5 minutes," he told his family. But Gaurav didn't return for another 30-40 minutes, raising alarm.

Gaurav, a resident of 5th avenue in Gaur City had bought his car just a month back. It was a routine day for him as he drove back to his home from work. As he did not reach his residence within the said time, his wife called him to enquire. The call, however, went unanswered. Gaurav's family kept calling him for another half an hour but in vain.

Gaurav's family, his friends and some residents of his society searched for him throughout the night. They later approached the nearby Bisrakh police station where they lodged a missing complaint about Gaurav. The police told them they would be able to look for Gaurav only after they get his call details post 10 am the next day. 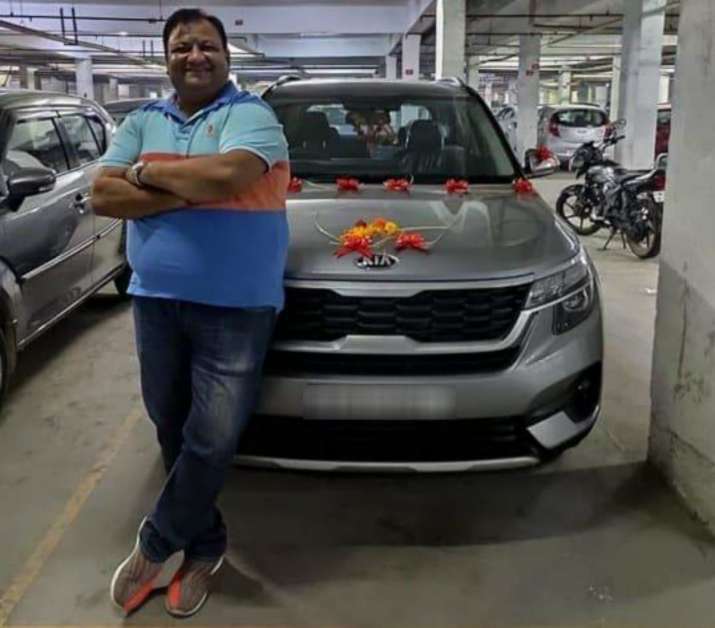 Gaurav's body was later recovered between the pull connecting Parthala Chowk and Hindon River in the area. His car, mobile phone and his laptop bag were, however, not recovered from near his body.

The family members then called the PCR after which Gaurav was rushed to Yatharth Hospital in the vicinity, where he was declared brought dead. Meanwhile, Gaurav's family has accused the police of negligence in the matter and has alleged the cops did not investigate even after a complaint was lodged.

More than hundreds of thousands of families reside in Greater Noida West and commute daily through Gaur Chowk towards Parthala and beyond. The residents in the area were shocked to hear about Gaurav Chandel's fate. Was it robbery or is their a gang that has targeted Gaurav? Police have lot of questions to answer.

Meanwhile, the residents of the Gaur City and adjoining societies are in a state of shock and disbelief. Everyone wants the criminal to be booked as soon as possible.

"The fact that there is a police post at Gaur Chowk but goons managed to get away with such a shocking murder is frightening," a resident of Gaur City told Indiatvnews.com.

Gaurav Chandel is survived by his wife and an 8-year-old daughter.