Arun Jaitley breathed his last at Delhi's AIIMS on Saturday. He was 66. 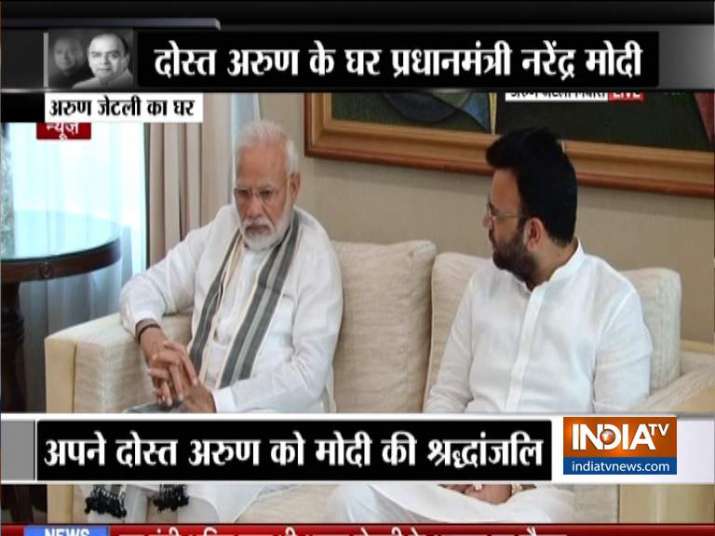 The Prime Minister could not attend the funeral of the former finance minister as he was away from the country on a three-nation visit to France-UAE-Bahrain. He had, however, spoken to Jaitley's family following the news of his demise and expressed his condolences.

PM Modi, who was in Bahrain when Jaitley passed away, paid his tributes during an address to the Indian community. 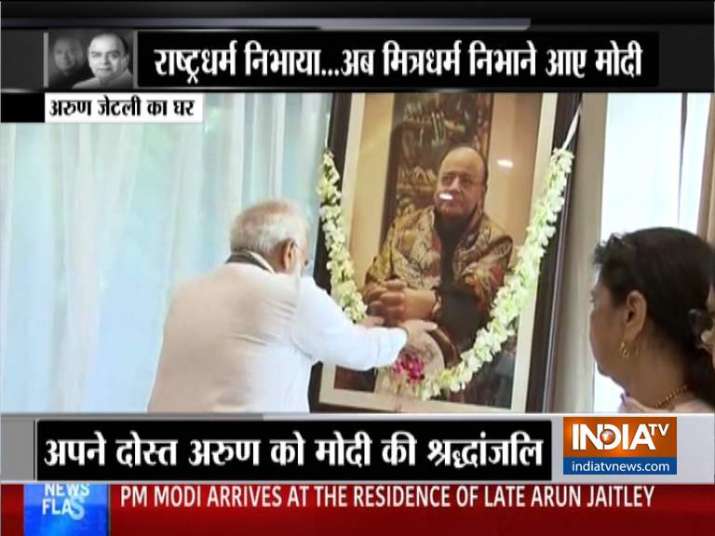 Modi described Arun Jaitley as a "valued friend" whose insights and nuanced understanding of matters had "very few parallels" as he condoled the death of the senior BJP leader who was one of his close confidants for decades.

"I can't imagine that I am so far here while my friend has gone away. Some days ago, we lost our former External Affairs Minister Behen Sushma Ji. Today my friend Arun passed away," he said.

Arun Jaitley Ji was a political giant, towering intellectual and legal luminary. He was an articulate leader who made a lasting contribution to India. His passing away is very saddening. Spoke to his wife Sangeeta Ji as well as son Rohan, and expressed condolences. Om Shanti.

With the demise of Arun Jaitley Ji, I have lost a valued friend, whom I have had the honour of knowing for decades. His insight on issues and nuanced understanding of matters had very few parallels. He lived well, leaving us all with innumerable happy memories. We will miss him!

BJP and Arun Jaitley Ji had an unbreakable bond. As a fiery student leader, he was at forefront of protecting our democracy during the Emergency. He became a much liked face of our Party, who could articulate the Party programmes and ideology to a wide spectrum of society.

Full of life, blessed with wit, a great sense of humour and charisma, Arun Jaitley Ji was admired by people across all sections of society. He was multi-faceted, having impeccable knowledge about India’s Constitution, history, public policy, governance and administration.

A four time member of Rajya Sabha, Jaitley became a Cabinet minister in the government of former Prime Minister Atal Bihari Vajpayee in 2000. He was Leader of the Opposition in the Rajya Sabha from June 2009 to 2014.

Jaitley was Finance and Corporate Affairs minister in the first term of Modi government and also held portfolios of Defence and Information and Broadcasting.