It was on this day in the year 2018 when BJP's tallest leader, Atal Bihari Vajpayee, left for the heavenly abode. He was one of the most loved Prime Ministers of India and an iconic leader. He served thrice as the Prime Minister of India and framed some key policies that changed the face of Indian economy. In 2014, Vajpayee was conferred Bharat Ratna, India's highest civilian honour. Today, we remember Vajpayee with these 10 motivating quotes on his first death anniversary:

1. YOU CAN CHANGE FRIENDS BUT NOT NEIGHBOURS 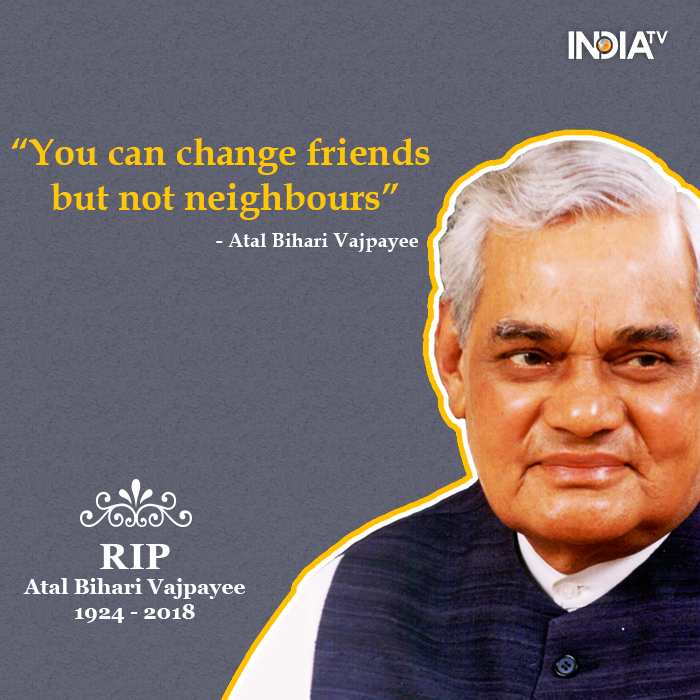 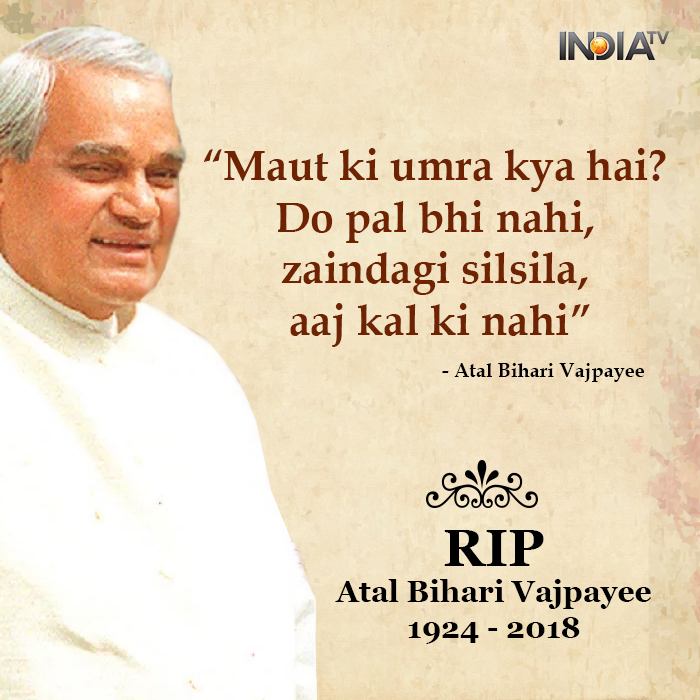 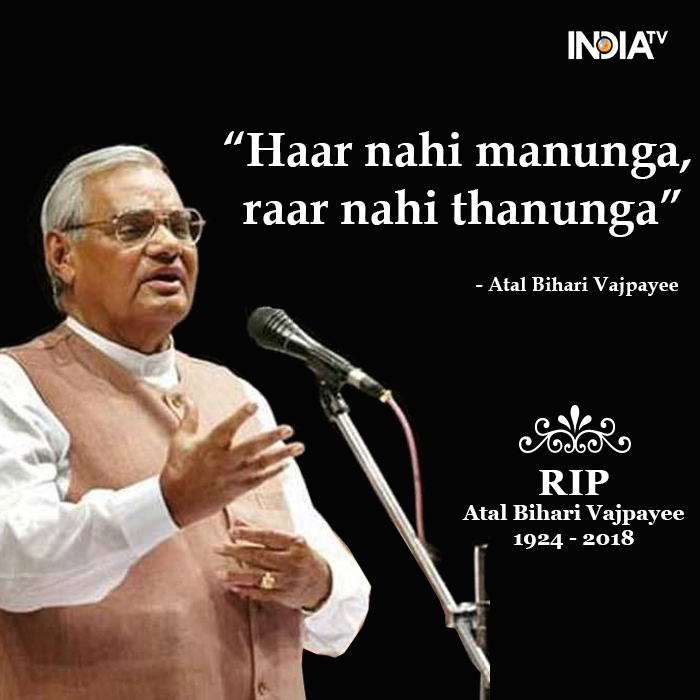 5. VICTORY AND DEFEAT ARE A PART OF LIFE, WHICH ARE TO BE VIEWED WITH EQUANIMITY 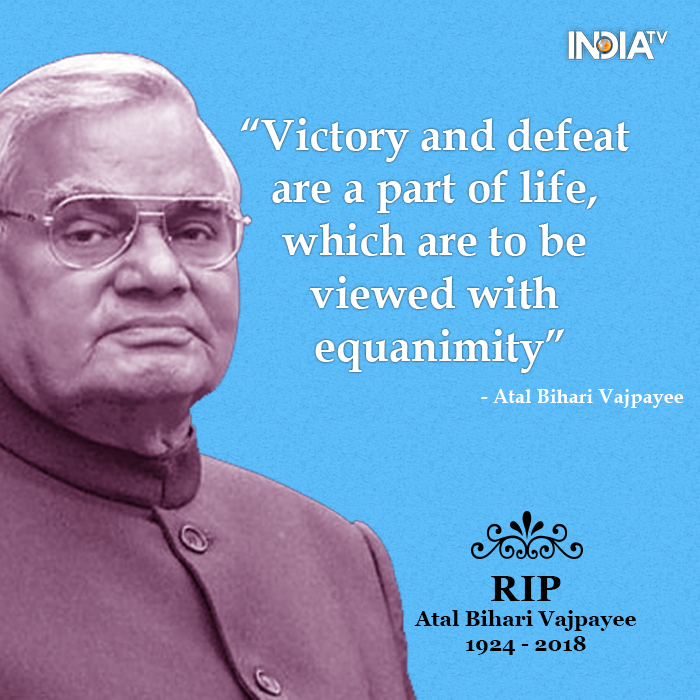 6. FOR ME, POWER WAS NEVER AN ATTRACTION 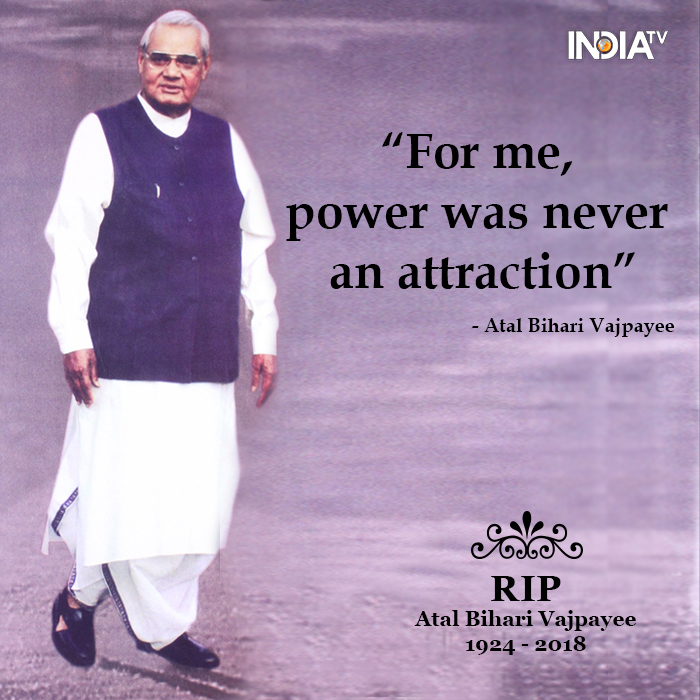 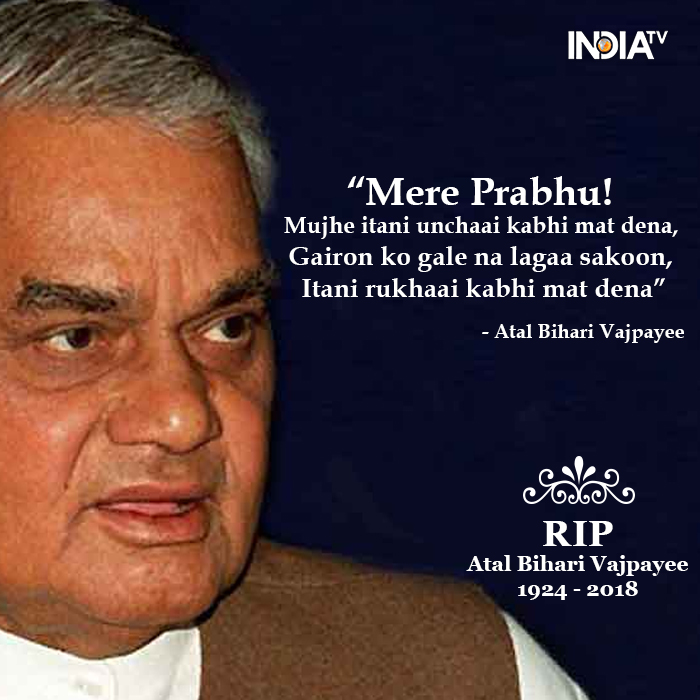 8. Truth cannot be hidden for fear that somebody would exploit it

9. We are unnecessarily wasting our precious resources in wars... if we must wage war, we have to do it on unemployment, disease, poverty, and backwardness.

10. Our aim may be as high as the endless sky, but we should have a resolve in our minds to walk ahead, hand-in-hand, for victory will be ours.