This simple step can save women from a deadly sexual disease

It is always said that it’s not easy to be a woman. The statement stands true in every sense, be it emotionally or physically. While women are strong enough when it comes to controlling their

It is always said that it’s not easy to be a woman. The statement stands true in every sense, be it emotionally or physically.

While women are strong enough when it comes to controlling their emotions, they are a little sensitive physically.

In fact, even the doctors believe that a woman’s body is a little more complicated and that they are more prone to several deadly diseases as compared to men.

One such deadly disease is HIV which later causes AIDS.

This is basically a sexually transmitted disease, and as per the research is more common in women.

According to the reports, more than half of the people living with HIV across the world are female, and the virus is the leading cause of death in women between the ages of 15 and 49.

While HIV is a deadly disease affecting women, researchers have come up with a unique way to prevent the ladies from it.

Researchers at International Partnership for Microbicides (IPM) have released a new dapivirine ring (commonly termed as vaginal ring) to protect women against HIV. 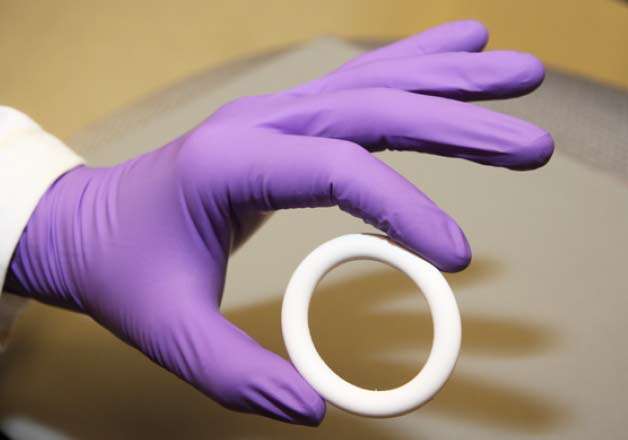 The dapivirine ring is inserted into the vagina and worn round-the-clock. However it must be changed after every 21 days. This ring is designed to reduce the risk of infection significantly.

According to the researchers, the ring steadily secretes dapivirine, an antiretroviral (ARV) drug that interferes with the ability of HIV to replicate itself.

In a person newly exposed to HIV, dapivirine can prevent the virus from getting a foothold in the body.

“That’s the key to prophylaxis against HIV … having the drug there when the exposure happens,” Dr. Jared Baeten, who helped design a clinical trial of the ring told a leading daily.

Jared further added, “Then when someone has sex with someone with HIV, the drug is already there so that the virus immediately comes into contact with the medication”.

The ring is currently been tested in Malawi, Uganda, South Africa, and Zimbabwe. The result percentage of this dapivirine ring has been as good as 75% so far.