Rashami Desai’s younger brother Gaurav had already told her in Bigg Boss 13 house that Arhaan Khan is not right for her and now her rakhi brother Mrunal Jain has expressed similar opinions.

TV actress Rashami Desai’s personal life took a 360 degree turn after she entered the controversial reality show Bigg Boss 13. Soon after her stay in the house, her boyfriend Arhaan Khan also entered as a contestant. While it was all love and romance for the first week, Arhaan even proposed the actress on the small screen but their happiness was short lived. Host Salman Khan in one of the episodes of Weekend Ka Vaar revealed to Rashami that Arhaan is already married and also has a kid. Hell broke down on the actress as she didn’t know how to react. While Rashami is still considering to give Arhaan a chance, looks like her family members as well as her rakhi brother Mrunal Jain aren’t happy about it.

Rashami’s younger brother had already told the actress on the show that Arhaan is not right for her and now actor Mrunal Jain has also expressed similar opinions. While talking to Spotboye, Mrunal said that he wants to go inside the house and talk to Rashami about the situation. He said, “She needs me or her brother Gaurav, I am sure she has a lot to say. I want to go and hug her. I want to go and hold my sister. I bet, she's going through a lot."  He added, "I am not thinking anything about Arhaan. I am just thinking about Rashami. I can read her face."

Mrunal Jain was Rashami Desai’s co-star in the hit show Uttaran. While the show ended, the two didn’t end their bond. Every year, Rashami celebrates Raksha bandhan by tying rakhi on Mrunal’s hands. Even though the two actor are very close, Mrunal didn’t know the actress affair with Arhaan. Reacting to this, he said, "Look, there is always that one thing which you don't know about your near and dear ones- since every human likes to keep certain things to only him/herself. And this was one such. I don't think that even Gaurav knew about it." 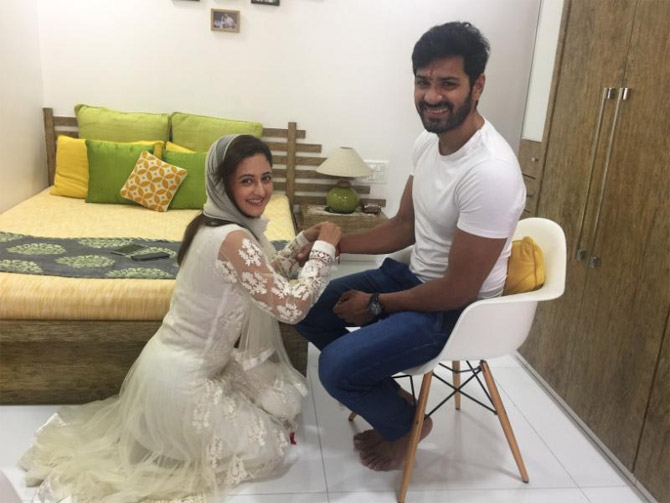 In the latest episode of Bigg Boss 13, Rashami Desai was seen breaking down in front of Arhaan Khan and Vikas Gupta after everything that happened with her in the last two weeks. The actress also suggested that she and Arhaan should go separate ways and focus in the game. They should think about their relationship only after coming out of the house when the things are clearer. Arhaan agreed.