'Maalkin' Ameesha Patel brings in the first luxury budget task for the celebrity contestants. Know what it is all about.

The controversial reality show Bigg Boss 13 began with a bang on September 29 with host Salman Khan welcoming contestants of the show. Fans, already happy to know about the concept of the show this season of including only the celebrities, can’t wait to know what’s happening inside the house on the first day. Various videos have been doing rounds showing Ameesha Patel entering the house and contestants performing the task later. But what is it all about? 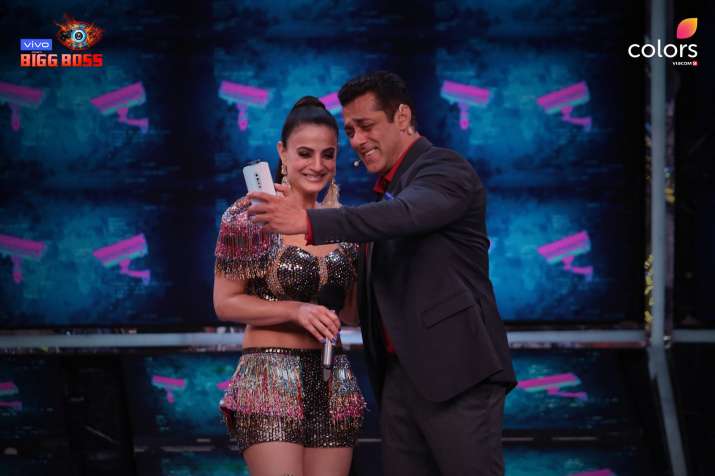 Bigg Boss 13: Rashami Desai is NOT getting married to Arhaan Khan

Actress Ameesha Patel who gave a sizzling performance last night revealed that she would be the 'maalkin’ aka landlady of the house. She is expected to reveal some juicy secrets about the contestants and add the much-needed twist. But before all of that, she entered the house and introduced the first luxury budget task of the house.

As per a video doing rounds on the internet, the task seems to be super fun and is expected to bring the contestants closer to each other. In the video, Ameesha enters the house and tells everyone that they will have to earn their ration. She says that there are a lot of items that the contestants can get for themselves but before that they will have to play a game with a twist. She says that a contestant has to pick an item with their teeth and forward it to another contestant.

Ameesha further says that the contestants will get ten minutes under which they have to pass the maximum number of items they can. Have a glimpse at what’s going to happen tonight: