Roadies Real Heroes: Fans wonder who will be the winner of Rannvijay Singha's show

You won't be able to guess who is the winner of MTV Roadies Real Heroes.

The sixteenth installment of the popular MTV reality show Roadies Real Heroes began on February 10 this year. The show is a hit amongst the youth of the country who watch it for the drama and the fight that takes place in the show. An addition to the list of gang-leaders was made in this season in the form of Sandeep Singh who joined the other mentors Neha Dhupia, Prince Narula, Raftaar and Nikhil Chinapa headed by the ringmaster Rannvijay Singha.

The show is getting a great response from the audience and since half of the journey has already been completed, the fans are left wondering as to who will win the title of this season. There are some who claim that it will be a wildcard contestant who will win the trophy this time. There are a lot of names of contestants doing rounds who are strong contenders in the game and have become people's favourite. The list includes contestants like Aarushi Dutta, Lakshya, Xerxes Irani and Sohil Singh. However, nothing as such has been announced by the makers. 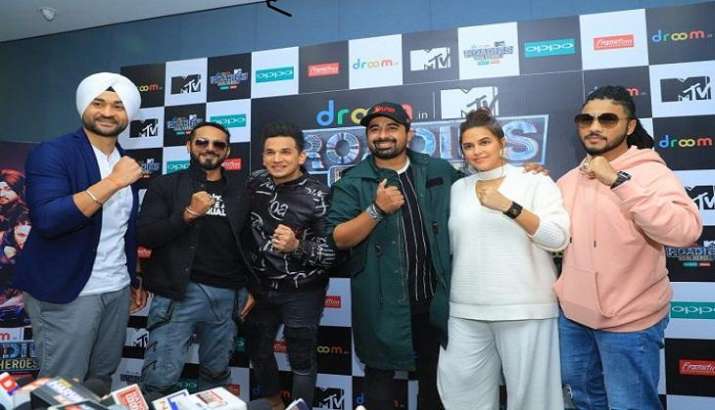 It is a rare sight in a reality show like Roadies that a wildcard contestant lifts the trophy. Previously, in the 8th season of the show, it was Aanchal Khurrana who entered in the mid of the season lifted the trophy of the show.

As per the current track of the show, wildcard contestant Arun Sharma has already his place in the show while the next name is still to be finalized. The contestants, as well as the gang-leaders, are going to get shocked after Rannvijay announces triple eviction this time. Previously, Tarun Solanki bid the show goodbye that left Prince shattered. After the entry of the wildcard contestants, the show will definitely have some drama and fight which will be interesting to watch in the upcoming episodes.

ALSO READ: Roadies Real Heroes: A shocking twist to take place in this week’s elimination round