Harshad Chopda parties with Bepannaah cast minus Jennifer Winget. Is season 2 in making?

TV actor Harshad Chopda reunited with Bepannaah cast over a party. However, Jennifer Winget was nowhere to be seen.

India TV Entertainment Desk
New Delhi Updated on: April 11, 2019 9:01 IST
It's been a long time since TV serial Bepannaah starring Jennifer Winget and Harshad Chopda went off air. The show which revolved around two star-crossed lovers Aditya and Zoya, went off air in November last year. Despite fans urging the makers to extend the serial, it came to an end after a successful run of around 8 months. Even to this day, Jennifer Winget and Harshad Chopda's fan wish for the makers to come out with the second season. Recently, Harshad Chopda hung out with the Bepannaah cast including Rajesh Khattar. However, the lead actress Jennifer Winget was nowhere to be seen. These pictures sparked the speculations that Bepannaah season 2 might be in the making.

We can see Vaishnavi Dhanraj, Parineeta Borthakur, Mallika Nayak and Shehzad Shaikh in the pictures shared by Rajesh Khattar on his Instagram account.
Rajesh Khattar's Instgaram post was filled with comments from ardent fans asking the cast to come up with Bepannaah season 2. 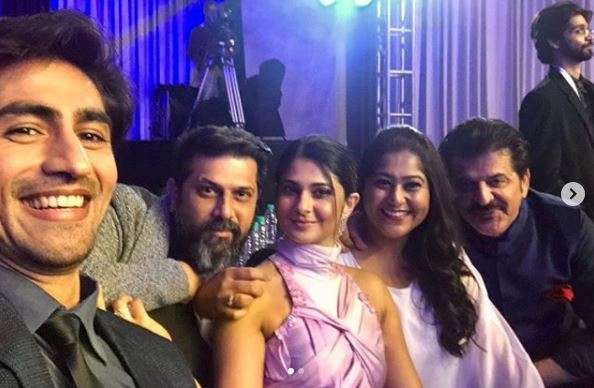 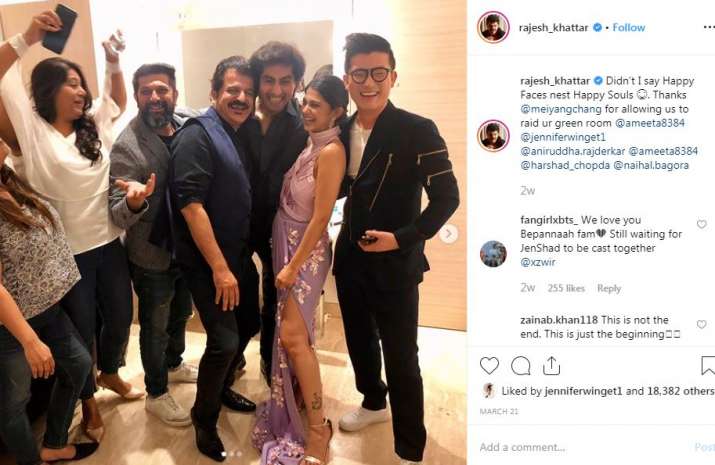 Jennifer Winget and Harshad Chopda's chemistry became the talk of the tellyviewers when Bepannaah aired on the television. The duo won many hearts with their acting and chemistry. According to the reports, Jennifer Winget will be seen hosting Nach Baliye 9 with Nach Baliye actor Sunil Grover. A source told DNA, "Jennifer is charming and versatile and she loves dancing."

Happiest birthday to my other Mother!! You put us all to shame with your energy and zest for life. I could search the ends of the world (and I’m doing so even right now, believe it) but I know could never find someone who’s so beautiful both, inside out. Know that your glow is my halo. So keep shining and inspiring forever. I love you mucho. @kavita_ghai

Jennifer Winget has not confirmed the news yet. Harshad Chopda is also silent about his future projects.