Pics from Katrina Kaif-Vicky Kaushal's wedding leaked! In the viral pictures, the guests can be seen wearing yellow outfits, seemingly indicating that the pictures must have been clicked during VicKat's haldi ceremony that was reportedly held on Wednesday. Take a look at leaked pictures from Katrina-Vicky's wedding here.

Bollywood couple Katrina Kaif and Vicky Kaushal have taken all possible measures to keep their wedding a private affair. However, inside pictures from the Six Senses Fort Barwara hotel in Sawai Madhopur district of Rajasthan have made their way online. While fans will have to wait for the first wedding pictures of Katrina and Vicky, the leaked photos gives them a glimpse of decked up guests at the venue.

In the pictures, the guests can be seen wearing yellow outfits, seemingly indicating that the pictures must have been clicked during VicKat's haldi ceremony that was reportedly held on Wednesday. Take a look at leaked pictures from Katrina Kaif-Vicky Kaushal's wedding: 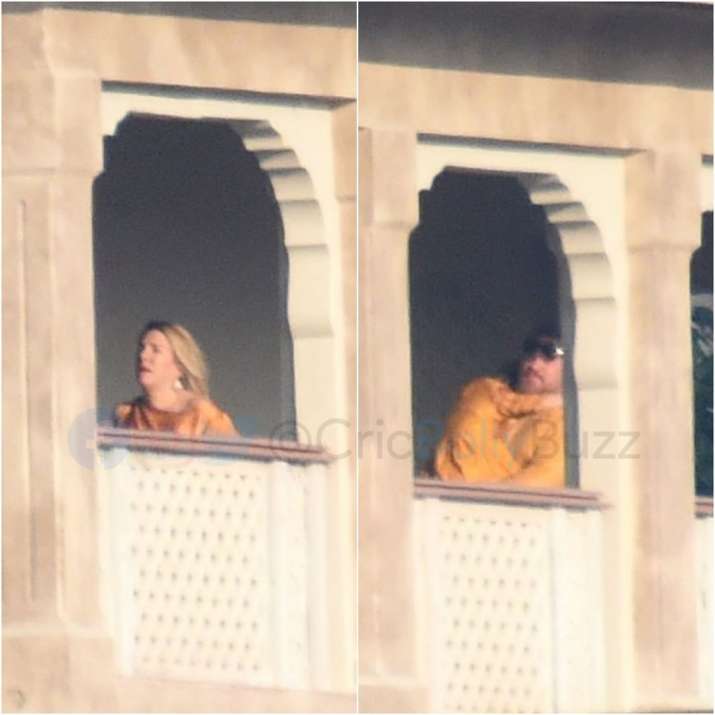 A video from the venue has also surfaced on the Internet!

Katrina Kaif and Vicky Kaushal hosted an intimate haldi and sangeet ceremony for their close family members as well as friends at a luxury hotel in Rajasthan's in Sawai Madhopur on Wednesday. The three-day wedding festivities of the couple began on Tuesday with a mehendi ceremony held at the posh Six Senses Fort Barwara, a Fort converted into a hotel in Rajasthan. Kaif, 38, and Kaushal, 33, are tying the knot after dating for more than a year. The festivities have been a private affair.

"Just like the wedding, the haldi and sangeet are also going to be a private and intimate affair with their closest family and immediate inner circle of friends. "Their friends who will be attending the wedding have known the couple since they were teenagers," sources told PTI.

While the arrangements and guest list for the wedding have been closely guarded, close friends and colleagues of the couple, including Kaif’s frequent collaborator filmmaker Kabir Khan, his actor wife Mini Mathur, director Vijay Krishna Achara of “Dhoom 3” and “Thugs of Hindostan” fame, actor couple Neha Dhupia and Angad Bedi are among those attending the wedding.

Elaborate security arrangements are in place in and around the hotel. While both the gates of the hotel are being guarded by private security personnel, local policemen are also seen deployed in the area.

The big fat wedding of B-town has naturally sparked interest in media, with various stories being speculated about the three-day elaborative festivities, such as sufi theme for sangeet, no camera policy, guests required to sign an NDA or the couple selling their wedding photo rights for huge amounts.