Currently, Divyanka and Vivek are in Europe to spend some quality time with each other.

Love stories are made in heaven, and heartbreaks? We make them. The jolly good Divyanka Tripathi you see, wasn’t the same always. She wasn’t having this radiant smile which she flaunts today. Just like any other girl, she had a rough patch in her life. But what happened next is what that restores our faith in love and happy endings. She found love again, a never ending one. Today, Divek got 1 year old. Didn’t get us? Two years ago, on this very day, the adorable couple Divyanka Tripathi and Vivek Dahiya got hitched in a lush wedding ceremony. So, we’re going to revisit the fairytale love story of Divek and how they found love in a hopeless place.

If you remember, our beautiful actress Divyanka Tripathi was in a nine-year-old relationship with TV actor Sharad Malhotra. In 2015, they decided to part their ways for unknown reasons. The breakup phase was, as usual, very painful and tough for her. Once she also told a leading daily how she found it difficult to keep her personal turmoil away from the set.

Despite the upheaval, Divyanka maintained a dignified silence about her broken relationship. But during those tough times, she found her own ‘knight in shining armour’ in Vivek Dahiya. Divyanka and Vivek worked in a same TV serial ‘Yeh Hai Mohabbatein’ which helped their companionship grow fonder at the set. He supported her during her low phase.

No, it wasn’t the same filmy affair for Divyanka and Vivek. Their affection grew fondly yet strongly. Divyanka revealed how a common friend felt that they both have many things in common, like they both don’t party, drink or smoke, etc. It was like a ‘Arranged Match’.

They started thinking about each other from a life partner’s perspective. Their meetings grew longer and more in number. After countless such meetings, the realisation occurred that they’re actually made for each other!

The duo decided to keep it private. It wasn’t a grand affair when the lovebirds exchanged the rings. The hush-hush ceremony had only family members and close friends in Chandigarh. 10 days before the engagement, none of them imagine that they would be engaged in the coming days. 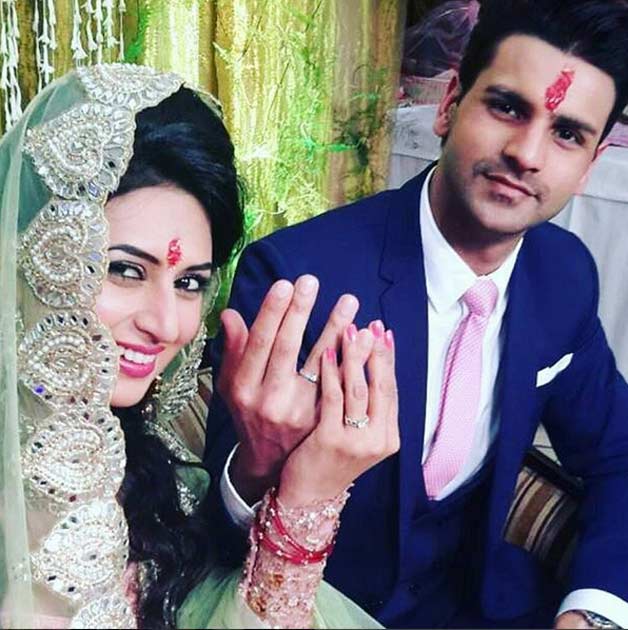 And then the wedding happened

The wedding wasn’t the low-key as the engagement was. It was a lavish affair in Bhopal followed by a royal reception in Chandigarh. A star-studded reception party was also thrown by the couple at Mumbai’s Opa Bar and Cafe. 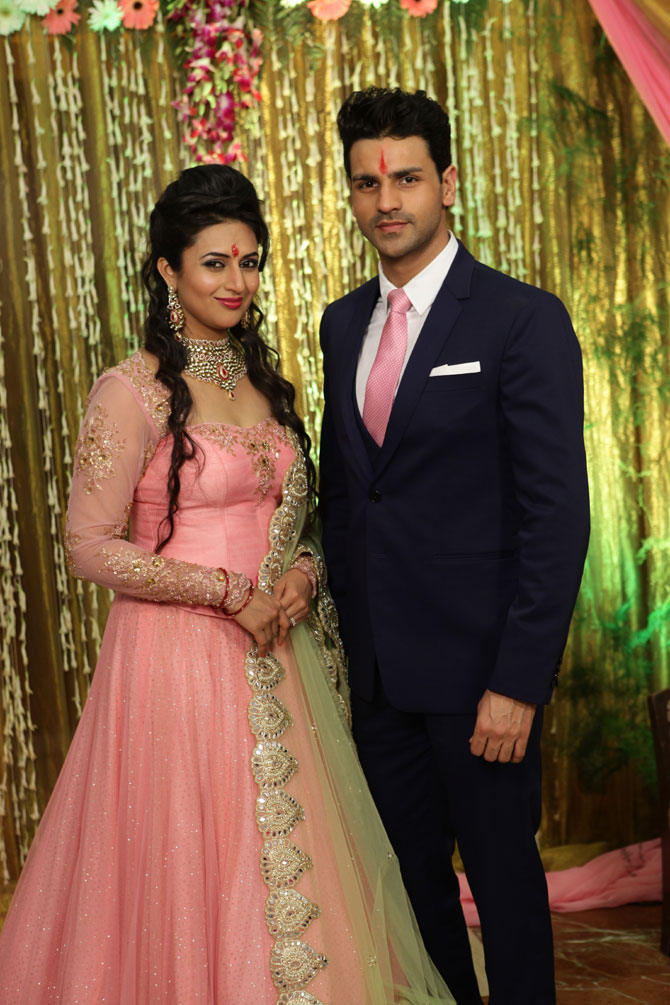 It has been one year, and the couple seems very much in love with each other. The lovey-glow can be seen on both Divyanka and Vivek’s face. The duo wears their hearts on sleeves and never shy away from a bit of PDA every now and then. They complement each other in every way possible and that’s what makes them the most loved couple of television. 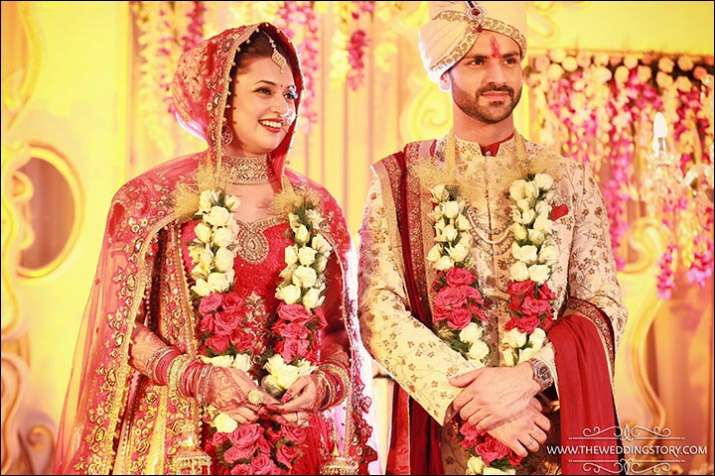 Currently, the adorable couple is in Europe to spend some quality time with each other. We wish them a very happy anniversary and great years of love and companionship coming ahead!