Actor Varun Dhawan and his wife Natasha Dalal returned to Mumbai from Arunachal Pradesh after the actor completed the shoot for his upcoming film Bhediya. He was trolled for 'holidaying' when the people are dying in the country. Shutting the trolls, Varun said, "keep your assumptions to yourself."

On Wednesday, actor Varun Dhawan and his wife Natasha Dalal returned to Mumbai from Arunachal Pradesh after the actor completed the shoot for his upcoming film Bhediya. Varun had been sharing many memories from the beautiful state on his Instagram. However, when he returned, many thought that the actor is back from a vacation. One Instagram user tried to troll Varun and said that he should stop 'overshowing his privilege when the people are dying."

The troll said, "You went out for vacay and gave paps he chance to snap, now you come back and complain. Stop over showing your privilege when people in your country are dying." Shutting the troll, Varun Dhawan said, "Well, your assumption is wrong. I was shooting my film and not on holiday. And what do you mean 'Gave them a chance?' How do you not give them a chance? I have people who have also lost their life in covid. So please keep you assumptions to yourself." 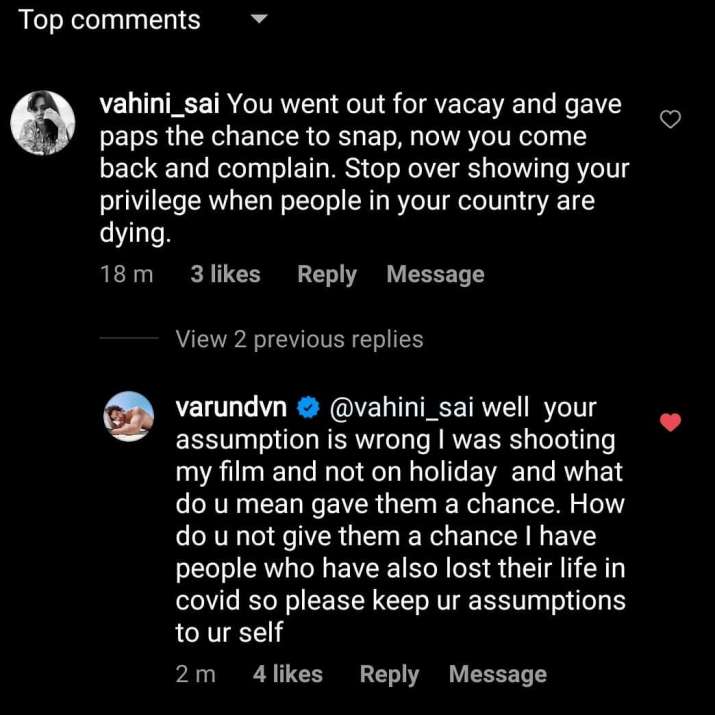 Earlier when Varun Dhawan was spotted exiting the airport with his wife Natasha, he had schooled paparazzi about maintaining social distancing. He had said, "Guys, guys, tum thoda responsible ho jaoge, bheed apne paas rakhoge, bahut galat baat hai (Guys, you need to be more responsible, keep the crowd to yourself. This is wrong)" He even refused to give selfies to fans due to the pandemic. 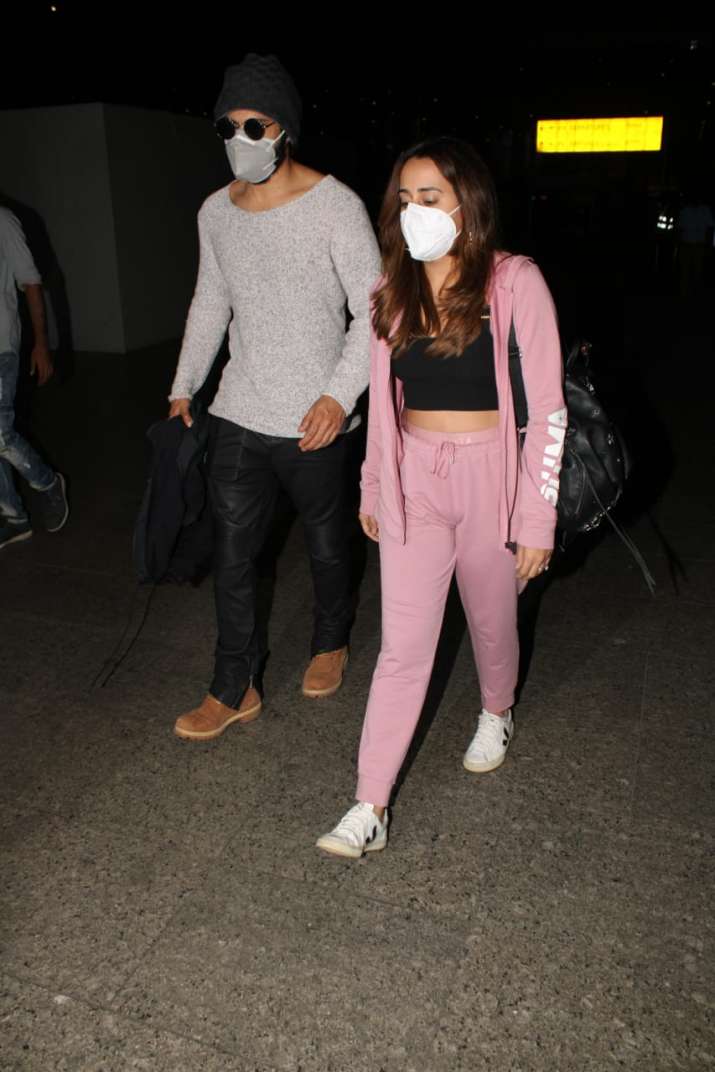 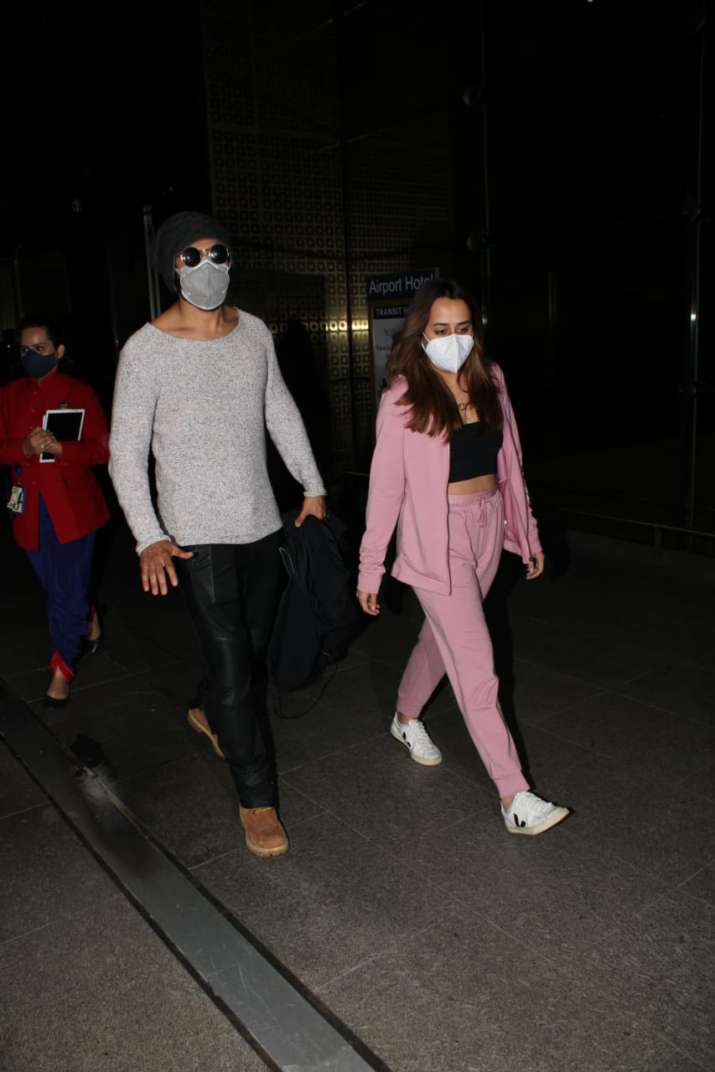 On the other hand, Varun Dhawan penned down a note on finishing his film Bhediya during the pandemic. Sharing pictures, he wrote, "#bhediya. Shooting a movie during the pandemic has been extremely challenging but working under the leadership of @amarkaushik has been one of the most exhilarating and satisfying experiences for me. Amar bhai chalo khelte hain. Was extremely lucky to shoot in a covid free town like ziro in #ARUNACHALPRADESH."

The horror-comedy drama 'Bhediya' will mark the 'Badlapur' star and 'Heropanti' star's third collaboration with each other after sharing screen spaces in 2015 rom-com 'Dilwale' and 2019 'Kalank'.

'Bhediya' will bring together the dynamic duo of producer Dinesh Vijan and director Amar Kaushik, who also helmed the 2018 blockbuster movie 'Stree'. Starring Kriti Sanon, Varun Dhawan, Abhishek Banerjee, and Deepak Dobriyal, the story is written by National Award Winner, Niren Bhatt who also wrote intriguing scripts for 'Bala', 'Made In China', 'Wrong Side Raju'. The film is slated to release in cinemas on April 14, 2022.