Masaba was born when Neena Gupta was in a relationship with former West Indies cricketer Vivian Richards.

Neena Gupta has been a name to reckon with in Indian cinema, but there's one particular thing she would want to change if she can go back in time. In a recent interview with Mumbai Mirror, she revealed that she would not have a child outside wedlock if she was given a chance. For the unversed, she is a single mother of her daughter and popular designer, Masaba Gupta. She was born when Neena was in a relationship with former West Indies cricketer Vivian Richards in the eighties.

Neena said, “I would not have a child outside marriage. Every child needs both parents. I was always honest with Masaba, so it did not affect our relationship, but I know she suffered.”

Masaba keeps on sharing throwback pictures with father Vivian on their social media.

“Masaba has helped me break some taboos, like wearing off-white with white or sneakers with a fancy gown. She’s given me the confidence to carry off stuff, which looks nice. It’s important that you are not embarrassed when you try something new," Neena said. 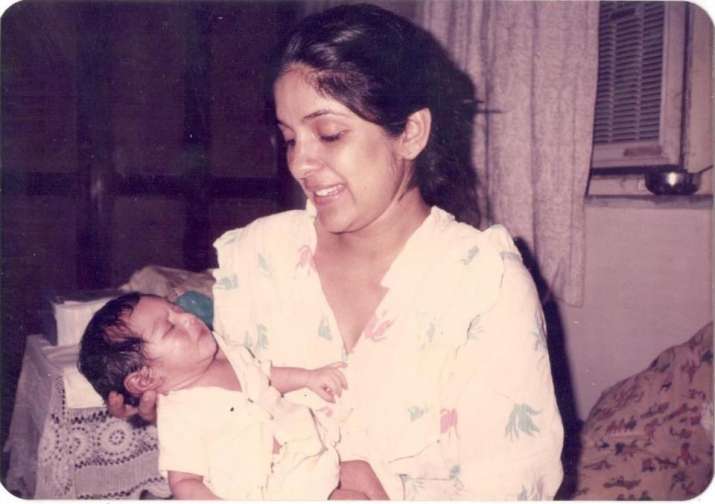 Vivian Richards went on to marry Miriam while Neena decided to get married to chartered accountant Vivek Mehra. Her daughter Masaba married filmmaker Madhu Mantena in 2015. but they announced divorce in 2019 to which she said, "I just told her 'soch lo', then, I was respectful of her decision."

Please meet 19year old muscular ‘chaata -wala’ at mum’s wedding 10yrs back. HOT as hell & I’m sulking because I thought pandits in the US did compact versions of stuff. But no,brotherman went on & chaata-wala baked under the American sun. I have a feeling mom’s reminding me that the Umbrella was for her. 😂♥️😂 love you both!

Neena Gupta will next be seen in Panga, headlined by Kangana Ranaut. She will also be seen in Shubh Mangal Zyada Saavdhan and will share screen space with Ayushmann Khurrana and Gajraj Rao. Her film directed by chef turned filmmaker Vikas Khanna, titled The Last Color, was listed in the feature films eligible for the 2019 Academy Awards in the Best Picture category.

Being a Michelin Star Chef, I never thought that I will wear any other cap (besides Chef’s cap😊) Then, the Universe gave me a story of friendship, empowerment and rebirth to share and I followed my heart to create this art- THE LAST COLOR. I'm honored to share the special trailer for my beloved, The Last Color - Oscar Consideration for Best Picture 2020. #THELASTCOLOR #OSCAR2020 (Link in the Bio.....Oscar.org)