Shah Rukh Khan's army of fans are leaving no stone unturned to make his birthday extra special. They have gathered outside SRK's residence with posters and banners showing their love for Bollywood's King Khan. 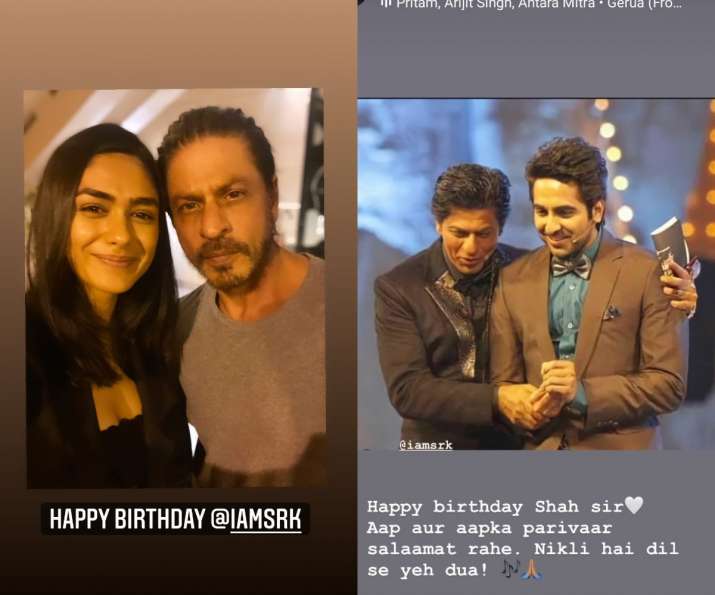 Actress Malaika Arora showered King Khan with a heartfelt wish. Taking to Instagram, Malaika walked down the memory lane and shared a still with SRK from their hit song 'Chaiyya Chaiyya' from 'Dil Se..' (1998).

In the caption, she expressed her love for Shah Rukh and how she still adores him as a fan. "23 years back was a fan girl n I continue to be one . Seeing you through all these years and how you carry yourself has not just been a pleasure but also Inspiring. How you strive tirelessly to make everyday and every year better for people around you is beyond amazing. This year... this day is extra special, this day is extra sweet and I hope it always remains that way cos you deserve it all. Now and forever!!!! Happy birthday @iamsrk," she wrote.

Karisma Kapoor shared a heartfelt post for the superstar on the Instagram story along with a picture. The post read, "Memories and Moments Hope you have a wonderful birthday SRK." She even shared a throwback photo in another story. 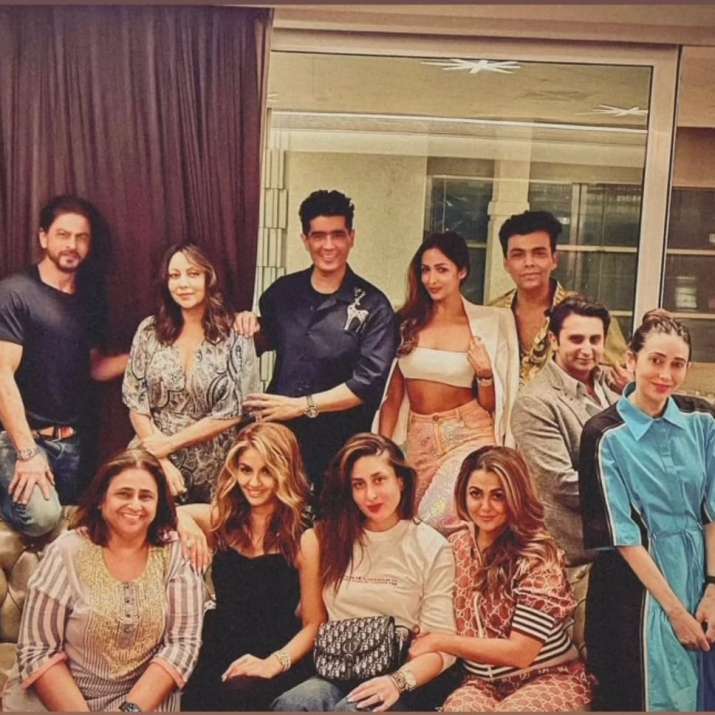 Like every year, ahead of Shah Rukh Khan's birthday his home 'Mannat' has been decorated with lights. He has an army of fans who are leaving no stone unturned to make actor's birthday extra special. They have gathered outside his residence with posters and banners showing their love for Bollywood's King Khan. Shah Rukh Khan's home Mannat lights up on birthday eve, fans say 'Srk's birthday is a festival'

On the professional front, Shah Rukh Khan is all set to team up with Rajkumar Hirani. Writer Kanika Dhillon confirmed that the makers have locked the script of the film. Apart from this, the superstar is said to be shooting for his upcoming venture with Tamil director Atlee in Pune. The film reportedly stars Nayanthara, Sanya Malhotra, Sunil Grover, and Priyamani amongst others.

He is said to be playing a double role -- that of a father and a son. As per social media buzz, the yet-to-be-titled film will also feature Baahubali actor Rana Daggubati in a negative role. however, there has been no official confirmation about the same.