Shibani Dandekar got a tattoo of her boyfriend and filmmaker Farhan Akhtar's name on her neck. The duo started dating a couple of years ago. Farhan was previously married to Adhuna with whom he has two daughters.

On the occasion of her birthday, actor Shibani Dandekar got a tattoo of her boyfriend and filmmaker Farhan Akhtar's name on her neck. Taking to Instagram Story, she posted an image flaunting her new ink. "Inked by the best," she wrote alongside the photograph.

Farhan and Shibani have been together for three years now. Farhan was earlier married to hairstylist Adhuna, with whom he has two daughters -- Shakya and Akira. On February 21, 2021, the couple had taken to their respective social media platforms to celebrate three years of their togetherness. The 'Bhaag Milkha Bhaag' star shared a photo, wherein he is seen kissing Shibani. "1095 @shibanidandekar happy 3," he had captioned the post. 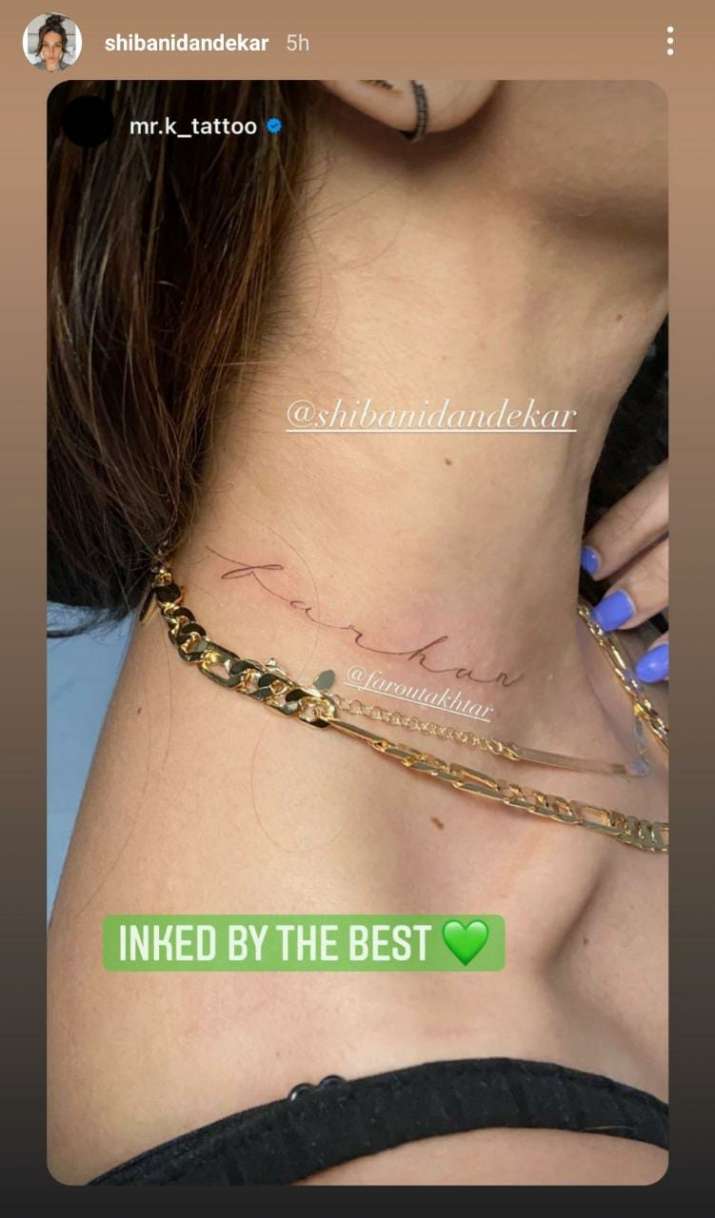 Meanwhile, on the work front, Farhan recently announced his next directorial 'Jee Le Zaraa', which stars Priyanka Chopra Jonas, Alia Bhatt, and Katrina Kaif in the lead roles. On the other hand, Shibani was last seen in the second season of 'Four More Shots Please!'.

Farhan was last seen in Rakeysh Omprakash Mehra's "Toofaan", which was a boxing drama. The movie also featured Mrunal Thakur. The film eraned him many accolades from all over.