New Delhi: Two of our home-grown beauties Priyanka Chopra and Deepika Padukone are making all the right noises in Hollywood. While PeeCee has already cast a spell on West with her American TV debut ‘Quantico',

While cine buffs are pretty excited to see these Indian beauties share screen space with Hollywood biggies, two pictures have surfaced which are making the wait unbearable.

Priyanka Chopra posted a picture of the cast of ‘Baywatch' starring Zac Effron and  Dwayne Johnson.  B-town's ‘Kashibai' will commence shooting for this movie adaptation of the popular TV series after she hosts Oscars.

Here is the picture which is sending Priyanka Chopra's fans around the world in frenzy. 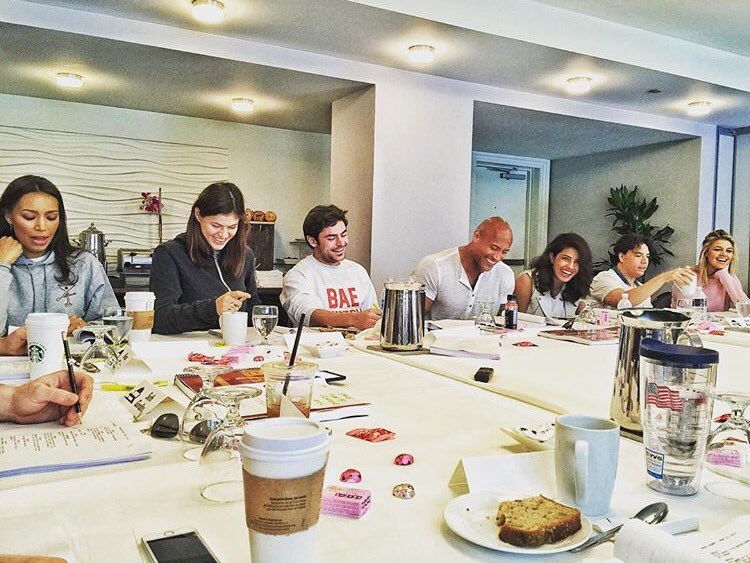 Also Read: Despite being in Toronto Deepika didn't miss awards last night, thanks to Ranveer

Here is what she shared.

Well, looking at both these pictures all we can say is that our ladies are making us proud. Let's hope their new ventures strike gold at the world box office.