Before the whole world, this actor saw the teaser of SRK’s Zero

The video of King Khan dancing to, ‘Tumko Humpe Pyaar Aya’, won everyone's hearts and people can't wait to watch the film on the big screen.

The first day of 2018 brought a huge treat for all the SRKians as Shah Rukh Khan announced the title of his much-awaited film Zero by sharing a teaser video of it. Helmed by Anand L Rai, Zero will see SRK essaying a vertically challenged person for the first time on screen; the film also has Anushka Sharma and Katrina Kaif play the lead roles alongside Shah Rukh Khan. The video of King Khan dancing to, ‘Tumko Humpe Pyaar Aya’, won everyone's hearts and people can't wait to watch the film on the big screen.

Well, as per film journalist/columnist, Rajeev Masand’s column in the Open magazine, King Khan had shown the teaser to a good friend of his months before we — the common people — got to view it. A report published in a leading tabloid stated that the good friend who earned this privilege is none other than Brad Pitt, who was in Mumbai in May last year to promote his Netflix film, War Machine. 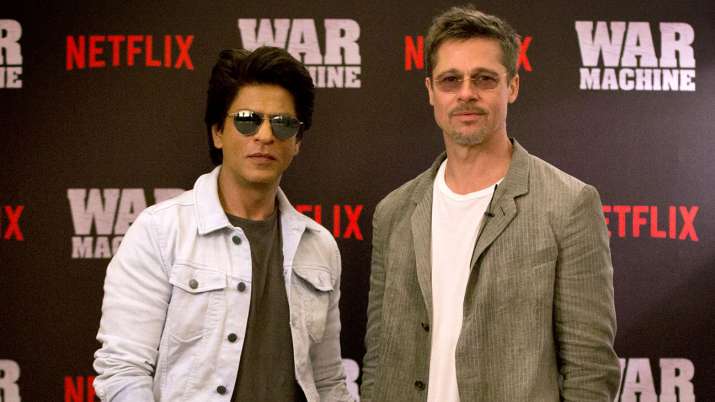 According to the report, before SRK and Pitt could interact with the fans, the Bollywood superstar took out his mobile phone and showed a clip of the teaser to Pitt, who praised the teaser and King Khan’s dancing skills.

This is such an interesting anecdote!

Speaking of anecdotes related to the film Zero, did you know that Shah Rukh Khan was not part of the film initially. Katrina Kaif, during a recent interview with a leading daily, revealed that the film was initially going to be titled, Katrina Meri Jaan in which she would be playing herself. She further added that the film then had a different cast and SRK was not a part of it. However, now the film is reportedly a satirical take on the actress.

In case you missed the teaser video of Zero. Watch here: