Chelsea has lost three of its last four games in all competitions, and sits fourth in the league, a point above Tottenham.

A dark cloud looms over Antonio Conte's role as Chelsea manager after suffering a humiliating loss to Watford where they lost 4-1. His future is cast into further doubt after the Blues have had a series of losses since the new year.

The West London club, which lost 3-0 at home to Bournemouth last week, were poor again as midfielder Tiemoue Bakayoko was sent off inside half an hour for a second yellow card for a second woeful tackle. 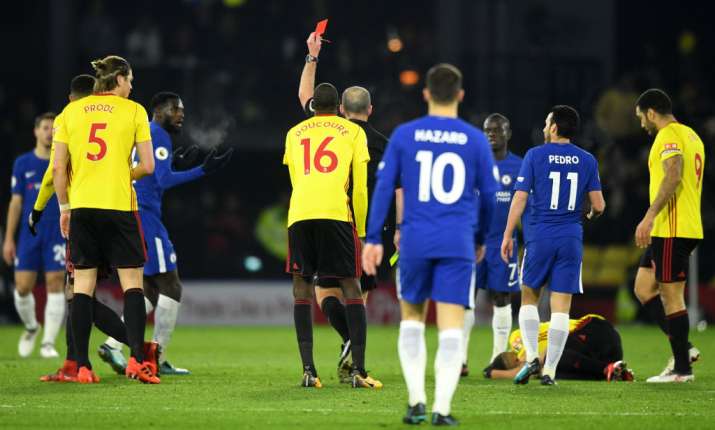 Chelsea has lost three of its last four games in all competitions, and sits fourth in the league, a point above Tottenham.

"Our performance was very bad from the start," Conte said. "Maybe I made a mistake in the starting XI. My choices were very poor because our start was very poor."

Ahead of the game, Conte called on Chelsea's hierarchy to "prepare a statement ... to say they trust me in my work," but it was another dismal evening for the titleholder, which is 19 points adrift of leader Manchester City. 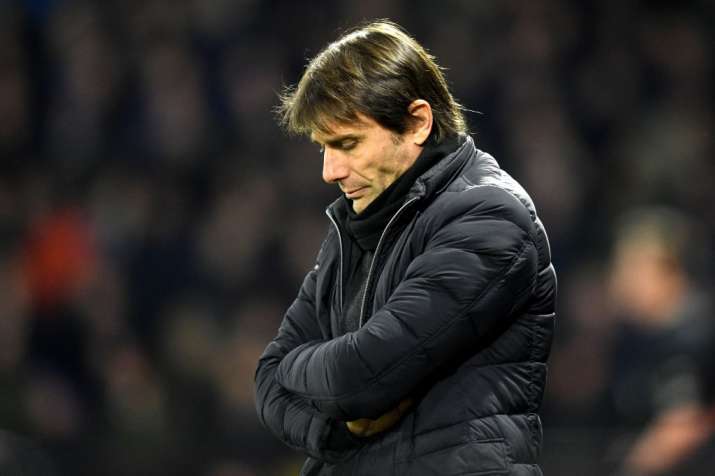 It was the perfect home debut for new Watford manager Javi Gracia as the team climbed to 11th place.

The challenge became harder for Conte and his players when Bakayoko was dismissed.

It went from bad to worse for Chelsea Watford received a penalty when Chelsea goalkeeper Thibaut Courtois burst from his line to close down the onrushing Gerard Deulofeu, the new arrival on loan from Barcelona who fell over too easily. 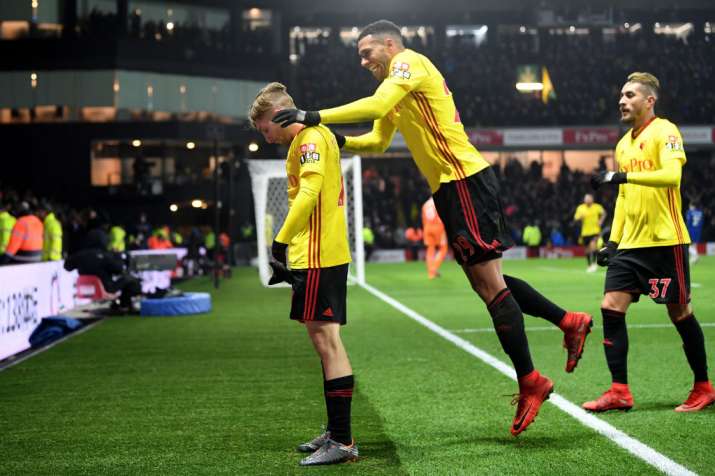 Troy Deeney, whose only previous league goals this season were penalties against Arsenal and Manchester United, stuck home the resulting spot kick to give Watford a deserved halftime lead.

Chelsea's equalizer was as brilliant as it was unexpected, Hazard dancing past Etienne Capoue before finishing perfectly past Watford goalkeeper Orestis Karnezis from 25 yards.

But Watford was back in front two minutes later as Daryl Janmaat collected the ball on the right before jinking into the box, exchanging passes with Roberto Pereyra and keeping his cool to finish past Courtois.

With Chelsea committing players forward, Deulofeu capitalized to lead a counterattack which he started and finished with a well-taken 88th-minute strike.

Pereyra compounded Chelsea's misery with a fourth in stoppage time as Watford won in the league for the first time since Dec. 26.

As reports suggest, the sack is on its way unless the Premier League defending champions do not get back to winning ways. Despite not going big in the winter transfer window, the Italian manager has been under immense pressure with the attacking play not working out. Chelsea will face FC Barcelona in the UEFA Champions League on February 20.