Six occasions when batsmen were given out for obstructing the field

New Delhi: The second One Day International (ODI) between Australia and England will be remembered for one of the most rare things that took place in the game of cricket. Ben Stokes of England has

New Delhi: The second One Day International (ODI) between Australia and England will be remembered for one of the most rare things that took place in the game of cricket. Ben Stokes of England has etched his name in the history book of cricket after he became the first non-Asian cricketer to be dismissed for obstructing the field.

Ben Stokes was out for 10 to the extremely rare dismissal of "obstructing the field." He drove a delivery back to bowler Mitchell Starc, who collected the ball and tried to run out Stokes. Taking evasive action, Stokes used his hand to stop the ball and was given out in a decision which upset Morgan.

"It's difficult. A guy throws the ball in your direction and all you can do is flinch. You don't have time to think," Morgan said. "It was a natural reaction to avoid the ball. Mitchell Starc was about five yards away from Ben Stokes."

'Obstructing the field' is one of the ten methods to get a batsman dismissed in the game of cricket.

(a) a hand not holding the bat, unless this is in order to avoid injury.  See also Law 33.2 (Not out Handled the ball).

(b) any other part of his person or with his bat.

It dictates that either batsman can be given out if he wilfully attempts to obstruct or distract the fielding side by word or action.

Before BenStokes, there are five other instances happened in the past when the batsman was given out for obstructing the field.

Interestingly, the list has got four Pakistani and one Indian Cricketer who hold this dubious record against their name. Take a look

1.Pakistani batsman Rameez Raja became the first cricketer to be dismissed obstructing the field in ODIs. Pakistan was playing against England at Karachi on 20th November 1987 when Rameez hit the ball with his bat to avoid being run out when taking a second run trying to complete his hundred on the final ball of the match. However, he couldn't complete the century and was given out at 99 runs. England won the match by 23 runs.

2. Indian batsman Mohinder Amarnath became the second batsman to be dismissed for obstructing the field. Team India was playing against Sri Lanka and India were batting first in the match. It was at Motera on October 22, 1989 when Mohinder Amarnath who came to bat at two down was given out when he was at an individual score of 28 runs from 39 balls. However India won the match by six runs in the end. 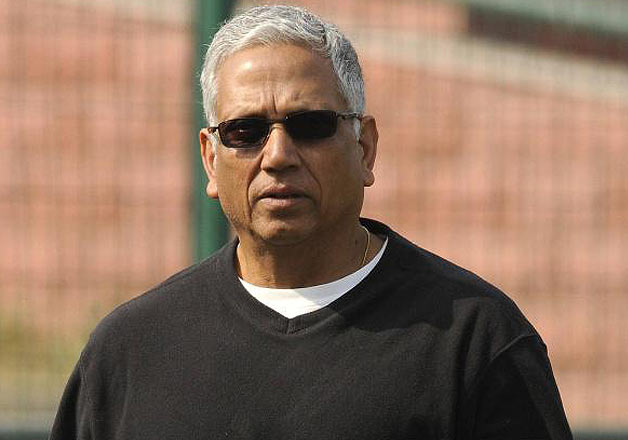