In a candid chat with India TV, Saha reveals that being of use to the team is more important to him than achieving personal landmarks.

It was a yet another long journey for Wriddhiman Saha, but eventually, he came out strong and scripted an impressive comeback story during the South Africa Test series at home. After staying off the field with back-to-back injuries since January 2018, followed by a surgery, Wriddhiman’s return posed a huge question. Besides, India had found and batsman-wicketkeeper in Rishabh Pant.

After taking an entire year to recover, Wriddhiman began paving his return through domestic, then India A and eventually for Team India in August.

Wriddhiman Saha: A bowler's delight behind the stumps

In a candid chat with India TV, Saha reveals that being of use to the team is more important to him than achieving personal landmarks. Unperturbed by speculations or criticisms, the veteran seems to have calmly sailed through the difficult break in his career away from cricket. He now aims to consistently perform well for team.

About the comeback you made against West Indies, how important was the India A series for you?

You must have been relieved, hitting two back-to-back fifties?

Yeah, well... It’s not about relief. I could ultimately be of service to the team

About the time you were selected for the West Indies series but did not make it to the playing XI. Any thoughts on that?

Well, no doubt Rishabh (Pant) had played well in the series before that, which is why he automatically was there (in the playing XI as the wicket keeper). I understood that. However, I always stayed prepared for a match, because, you never know (when you might be called upon to play).

How is your rapport with Pant?

It is great, naturally. When we do the drills together, we observe each other’s game and brainstorm ways to get better.

Again, about the comeback you made, even though you are considered to be the best wicketkeeper in the world, there were questions regarding your batting. However, it was as a batsman that you debuted in India. So, how does it feel when people refer to you as a classical wicketkeeper but less of a batsman?

Firstly, I have always believed that I am a wicketkeeper first and then a batsman. My primary job is definitely wicketkeeping and then contributing to the team (as a batsman). That is what I always try to do. I have often succeeded, I have been in good partnerships, brought the team to a good place. That is what I always try, to be of service to my team. It is not about personal landmarks. 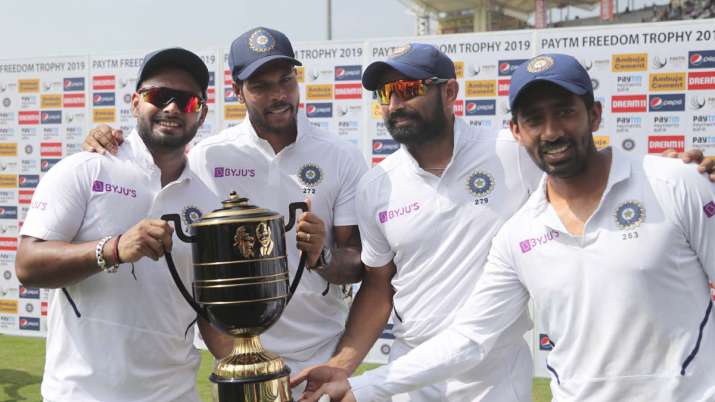 Since your batting skills have been questioned, did you lay extra focus on batting before you made the comeback?

Not really, I just practiced like I always have, since childhood. I followed the same routine after the injury also. To tell the truth, you have no control over your performance, you can only try. So, that’s all I did

During the South Africa Test series, Jadeja had been promoted for the batting lineup. So, did you regret that you couldn’t quite prove your batting performance by then, given that you wanted to prove your mettle in that area too?

About those wonderful catches that you took during the series, which one was your favourite?

The one of Nadeem’s delivery (in second innings of third Test to dismiss Theunis de Bruyn). It was a difficult one.

How does it feel when Kohli hails you as the best wicketkeeper, and you see social media flooded with “superman” posts?

Well, it always feels good when you perform well and are appreciated for it. So, when team’s captain, the team management and team players all applaud you, it is very heartening. Not only will I have to sustain this performance but also carry it forward.

What did return to Ranchi feel like? You had scored a century against Australia at that venue.

Obviously, it feels good to return to play with the team after a long time. They had let me know before the series that there was an option for me (to play).

Now when you look back on your journey, of your comeback (through domestic and then India A), what would you like to say about it?

Well, when the injury happened, I didn’t let the feeling of losing creep in, I always stayed positive. I always did my exercises in a positive manner. I always tried my best, so people would continue to see me in the same light as they did before (the injury). Everyone saw that (effort) in the series. That was my aim and hopefully I managed to achieve it. 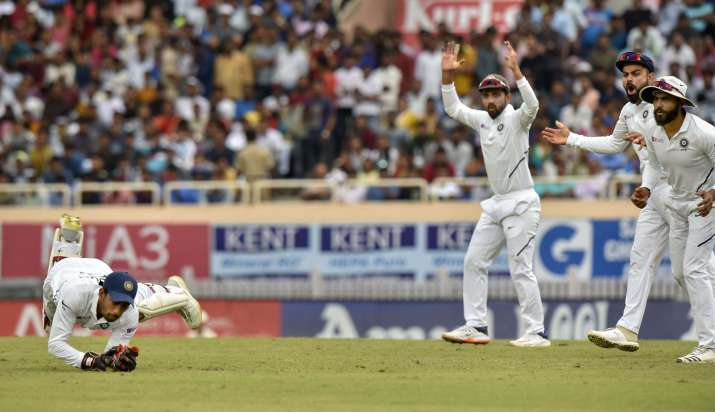