India vs Australia: Down Under could not keep the good men down

From Adelaide to Sydney, here's a recap of the four-match Test series in Australia where India emerged victorious against the hosts by 2-1.

Perseverance, persistence and resolution. 71 years in the making, a feat never achieved before. India have beaten Australia, in Australia. Even the greats could not achieve what a Virat Kohli-led Team India did – conquering the Australian shores. No Asian team has ever been able to walk away with a series win in the Aussie backyard, leave alone the mighty legends who found it tough to make an impact.

The circumstances may have given India a substantial advantage, be it facing a depleted and unmotivated Australian camp, but that does not simply deny the fact that history was created.

A much criticised Indian batting line-up that failed to deliver in 2018 in South Africa and England, have now managed to shut their critics up in style, with Cheteshwar Puajara leading from the front. The 'Test Specialist', who had a rather poor outing in 2018, proved his worth with class and elegance. His patience got the better of the 'much feared' Aussie attack.

The Indian camp consisted of an 18-member squad, with Kohli using his players wisely except for Perth, where they lost on a tricky pitch which gave both sides a tough time in terms of scoring. However, needless to say, the Indian skipper stood tall in Perth, slamming his 25th Test ton.

Man of the Series, Pujara, was the highest run scorer with 521 runs, scoring three centuries - Adelaide, Melbourne and Sydney, and ultimately was the difference between the two sides. Surprisingly, it was wicketkeeper Rishabh Pant who was the second highest run-scorer with 350 runs after he notched up his second Test hundred in Sydney, where he scored a blistering unbeaten 159.

One of the biggest takeaways from the series was rookie opener Mayank Agarwal (195 runs) holding his own at the biggest stage with half-centuries at the MCG and the SCG.

On the bowling front, Bumrah's emergence as a force to reckon with in red-ball cricket has been one of the reasons that India starts on even keel in any Test series across SENA (South Africa, England, New Zealand, Australia) countries.

Bowling from an eight-step run-up with a slinging action, Bumrah was lethal as he rocked the Aussies in their own den with raw pace and incisive movement off the pitch, creating all sorts of confusion in the minds of the batsmen.

From Adelaide to Sydney, here's a recap of the four-match Test series in Australia.

India were dealt a major blow before the series could commence, youngster Prithvi Shaw being ruled out due to injury. Hence, KL Rahul and Murali Vijay opened. The very first session of the first Test saw India at 41/4 with the Australian attack ripping through the Indian line-up. The openers departed soon, followed by skipper Virat Kohli and Ajinkya Rahane. However, it was 'Mr. Patient', Cheteshwar Pujara who was holding on. He went on to score his maiden ton in Australia and led India to post 250 in the first innings.

Despite India posting a mediocre total, Australia could only reach 235, with the Indian attack doing what they do best. Travis Head however managed to keep the hosts going with his fifty. Led by R Ashwin in wickets, the Indian attack didn't have a tough time seeing off the hosts.

India then managed to post 307 in the second innings through Pujara and Rahane's fifties, thus leaving all the work for the Indian attack to see to as they bundled out Australia for 291, winning the 1st Test by 31 runs. A point to be noted - the Aussie tail did trouble the visitors and made them toil before they could earn the hard-fought win. 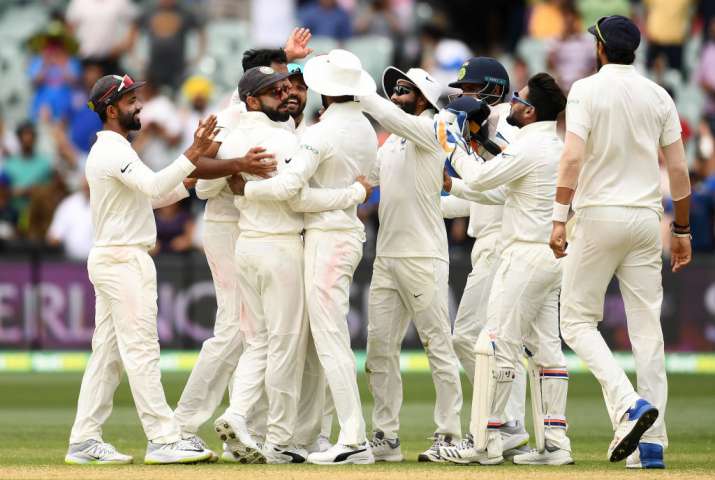 The visitors were dealt with another major blow as Ashwin and Rohit Sharma were ruled out due to injury. On a luscious green track in Perth's new stadium, India opted to go with all four-seamers - Bumrah, Ishan, Shami and Umesh. However, it was a spinner who stole the show - Nathan Lyon. The Aussies went on to post 326 after opting to bat through Harris, Finch and Head's fifties. Ishant's four-for proved decisive for the visitors, but the batsmen could not say the same.

The Indian openers once again failed to deliver, with Vijay going for a duck and Rahul departing for 2. Mr. Dependable, Pujara, however could not save the day for India. But, rising to the occasion, Kohli notched up his 25th Test ton, leading India's innings on a difficult turf which brought him plenty of praise. Rahane as well hung on as he managed to bring up his fifty. However, once the duo departed, it all went downhill for the visitors as they were bundled out for 283 through Lyon's fifer.

The second innings saw a comeback from the Indian attack as Shami led from the front with his six-for after Khawaja's fifty led the hosts to post 243. Bumrah's 3/39 turned out to be quite vital for the visitors as well.

However, with the pitch picking up pace and bounce, the Australian attack were on their toes as they saw off the Indian line-up for 140, thus winning the 2nd Test by a massive 146 runs and levelled the series 1-1. ​ 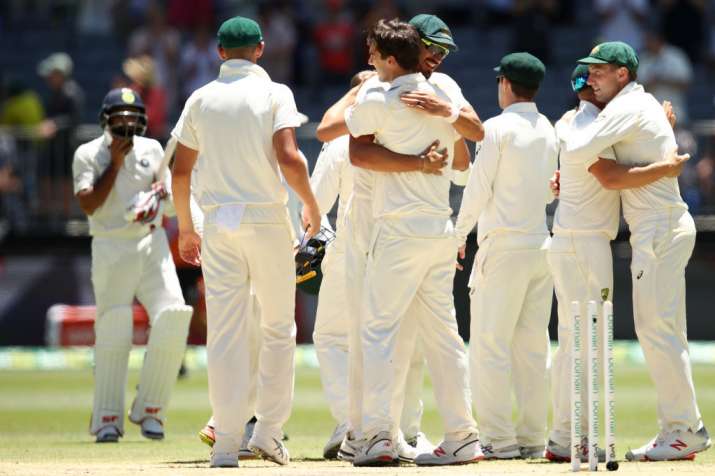 India won the toss and opted to bat. KL Rahul and Murali were dropped for their poor performances which saw the much-awaited debut of Mayank Agarwal. Along with the debutant, Hanuma Vihari opened for India where the former went on to score his maiden fifty on his debut. Coming third down, Pujara went on to smash his second ton of the series, with Kohli reaching 82. With runs galore, Rohit went on to smash a fifty as well as India went on to declare at 443/7. With the hosts under pressure, the Tim Paine led Australia team were bowled out for 150 as it was Bumrah who led from the front with his six-for.

However, the Indian camp were taken for a ride in the second innings as the wicket started to favour the bowlers, Kohli and Pujara were sent off for a duck. India managed to put of 106/8 on the board and declared. The hosts did put up a fightback which saw Cummins blast a fifty, India managed to see off the hosts on the final day as they won the 3rd Test by 137 runs, thus retaining the Border-Gavaskar trophy and taking an unassailable lead in the four-match series. 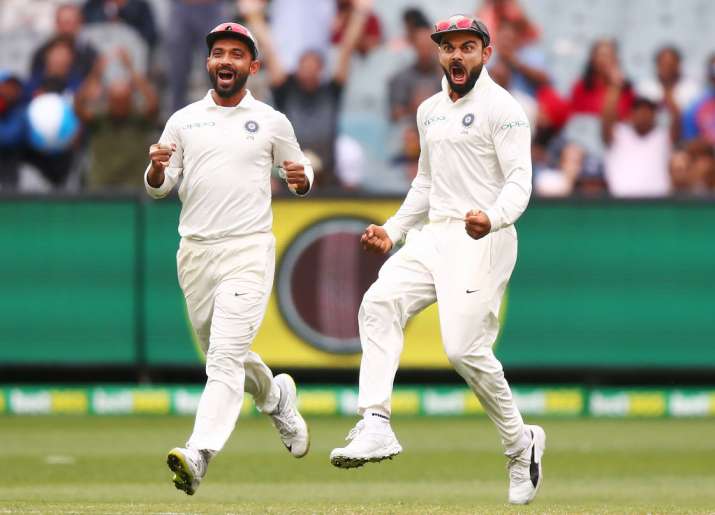 The series decider. India brought in KL Rahul in place of Rohit Sharma who recently became a father to a daughter while the hosts brought in Marnus Labuschagne. It was a run-fest on a batting track for the visitors as Cheteshwar Pujara scored 193 runs, falling seven runs short of hitting his maiden double ton abroad. Joining the party was wicketkeeper Rishabh Pant who scored his maiden ton in Australia, slamming an unbeaten 159. Pant, along with Jadeja (82), posted a 200-run partnership as India made the hosts toil and declared at 622/7.

Australia opened their innings with Harris scoring a gritty 79 till the spinners troubled the Aussie line-up. Kuldeep Yadav went on to claim his maiden five-wicket haul in Australia as India bundled the hosts out for 300 and enforced a follow-on. It was 31 years ago when a visiting team had asked Australia to follow-on. However, saving Australia was rain which washed out the fourth and final day, with the Sydney Test ending in a draw.

India went on to script history as they won their first ever series win in Australia under Virat Kohli's captaincy. 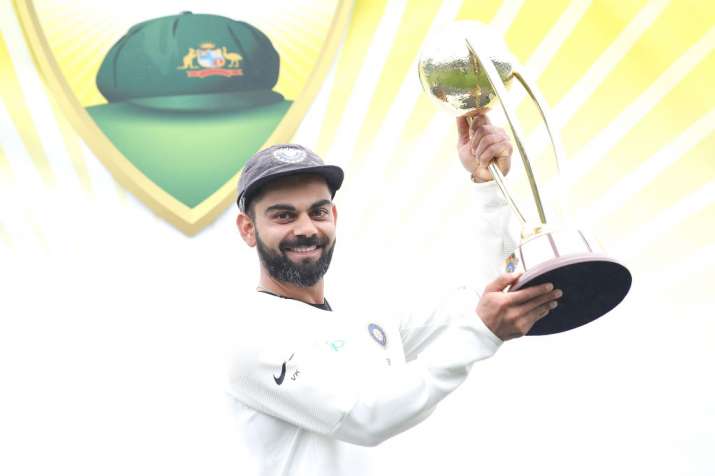