Donald Trump doesn't like to shake hands. Here are some awkward handshake moments of US President

The US President, on many occasions has made it clear that he does not like handshakes and views it as a struggle for dominance. Trump's awkward handshakes with several world leaders have caught the limelight a number of times.

US President Donald Trump is on a visit to India, where he addressed the massive 'Namaste Trump' event at the Motera Stadium in Ahmedabad. POTUS also visited the city of Agra as hundreds of artists welcomed the American leader at the airport with beautiful performances reflecting the rich culture of Uttar Pradesh. Trump was received at the Kheria airbase by Uttar Pradesh Governor Anandiben Patel and Chief Minister Yogi Adityanath. He arrived from Ahmedabad after jointly attending with Prime Minister Narendra Modi the mega 'Namaste Trump' event at the Motera cricket stadium.

The US President, on many occasions has made it clear that he does not like handshakes and views it as a struggle for dominance. However, with all concern with Trump's dislikes, his handshakes have not stopped, but have only increased. There have been numerous instances wherein the US President's handshakes with other world leaders have caught the limelight. Many videos have also gone viral with this respect in the past.

Some of Trump’s other recent handshakes have also been notable.

French President Emmanuel Macron, who has an on-again, off-again relationship with Trump, had such a forceful handshake with him during a G7 meeting in May of 2017 that it left his knuckles white. Macron later called the experience a “moment of truth.” 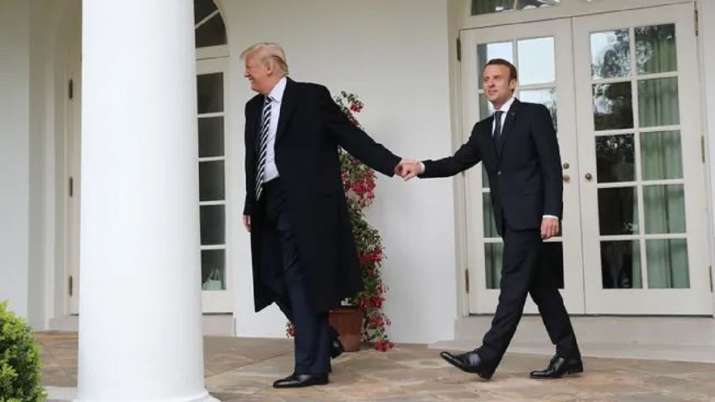 Back in July 2017, both the leaders visited Paris and locked horns again - this time for almost 30 seconds in an embrace that morphed into a three-person ordeal as Trump reached out to grasp the hands of France’s first lady while still holding onto Macron.

Later in November 2017, Trump surfaced in the news again after he incorrectly initiated his portion of a complicated arm-crossing ritual. He momentarily grabbed the hand of the neighbour to his right with his right arm, instead of his left, before correcting himself with a visible grimace.

Upon a first failed attempt onstage during the summit’s opening ceremony, he corrected his mistake to connect with his fellow hand-holding partners, Vietnamese Prime Minister Nguyen Xuan Phuc and Philippine President Rodrigo Duterte. 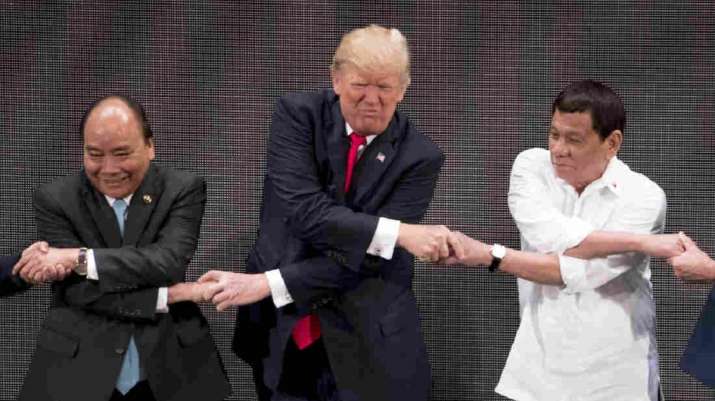 President Trump's dislikes for handshakes have not even spared Barack Obama. The first meeting of the 44th and 45th president may have been his most normal yet. Still, despite the presence of an appropriately timed handshake, Trump failed to make eye contact with his predecessor in November 2016, instead of fixating on Obama’s tie. 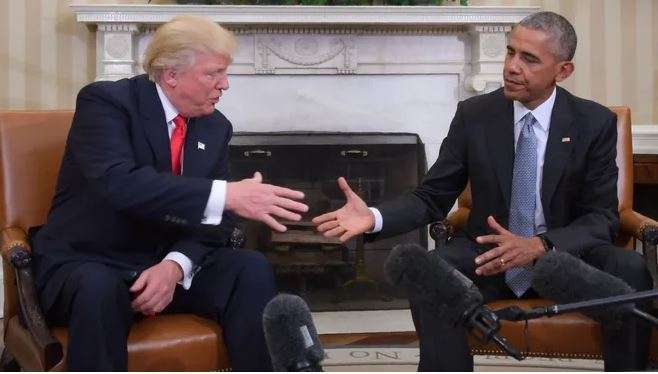 Russian President Vladimir Putin has also fallen victim to Trump’s atypical handshakes. Though their encounter during the G20 Summit in July of last year started off as a normal greeting, Trump reached up to repeatedly tap the bottom of Putin’s forearm before it was finished.

Off late, at the start of the State of the Union address, it appeared Nancy Pelosi extended her hand to Trump, a gesture amid the divisive impeachment proceedings. President Trump was presenting folios to Pelosi and Vice President Mike Pence as he arrived for the evening speech when it appears she reached for the shake. At the same time, Trump turned away from her to face the audience of lawmakers gathered for the annual address. 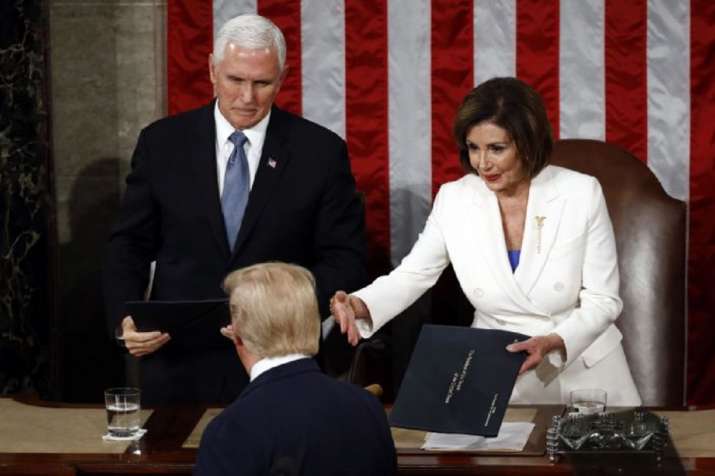 Later, it was reported Nancy Pelosi tore Trump's speech paper after he refused to shake hands with her. A video of the same was also seen doing the rounds across news headlines.