Massive protests against the Citizenship Amendment Act rocked the country on Friday. An uneasy calm prevailed in Assam, but things turned violent in other states where widespread protests were witnessed.

Massive protests against the Citizenship Amendment Act rocked the country on Friday. An uneasy calm prevailed in Assam, but things turned violent in other states where widespread protests were witnessed. Assam is reeling under violent protests over the newly amended law which provides for granting citizenship to non-Muslim persecuted minorities from Bangladesh, Pakistan and Afghanistan.Earlier on Thursday, two persons were killed in police firing in Assam to quell protests against the bill with thousands descending on streets defying curfew even as Prime Minister Narendra Modi vowed his government was committed to safeguarding their rights. Several towns and cities were placed under curfew including Guwahati, which was the epicentre of protests.

The Jamia Millia Islamia University turned into a battlefield after police and students, who wanted to march to Parliament House to protest, clashed with each other. Fifty students were detained following a clash between police and students after the protestors were stopped at the varsity gate and prevented from carrying out their march. The students, who were baton-charged by police personnel, alleged that the police also used tear gas to quell their march. The students also resorted to stone-pelting. However, the protestors alleged that police resorted to stone-pelting first and students threw stones in response to the attack. The police had cordoned off the road and protestors were seen climbing onto barricades. The University's gate was later closed. We were marching peacefully and police stopped us from marching. First, they lathicharged us asking us to move backwards. Then they pelted stones in response to which students picked up stones too, a law student at Jamia said. Another student alleged that police resorted to pelting stones and then used tear gas that resulted in many students being injured. Police, however, denied the allegations.

The annual summit between Prime Minister Narendra Modi and his Japanese counterpart Shinzo Abe scheduled from December 15-17 in Guwahati has been cancelled in the wake of massive protests rocking the Assam capital city. External Affairs Ministry Spokesperson Raveesh Kumar said both India and Japan sides have decided to "defer" Abe's visit for the summit to a mutually convenient date. 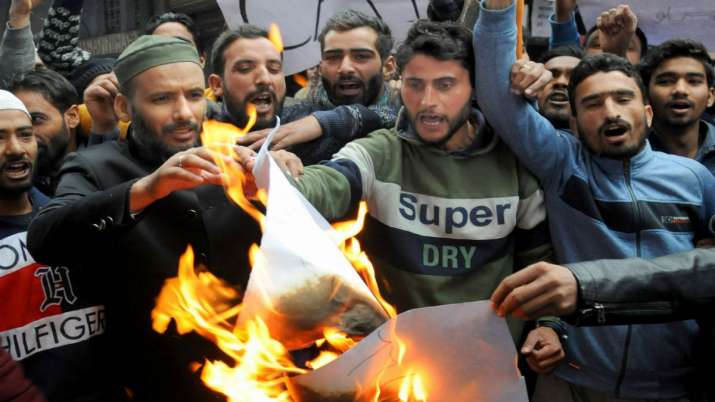 Union Home Minister Amit Shah has cancelled his visit to two Northeastern states -- Meghalaya and Arunachal Pradesh -- scheduled on Sunday and Monday. Shah was supposed to take part in the passing out parade at the North Eastern Police Academy near Shillong on Sunday and a festival in Tawang the next day. 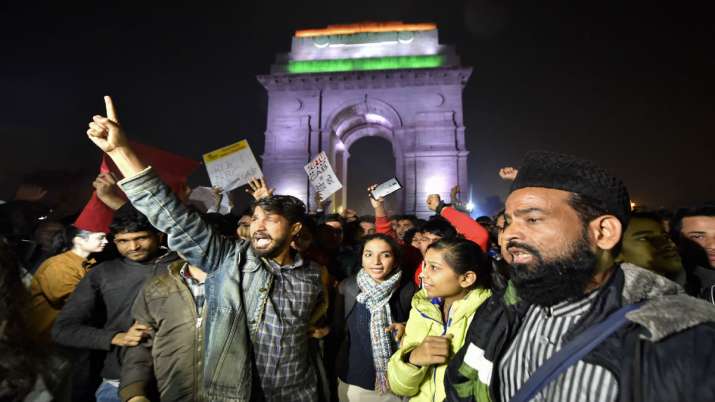 Internet services in Uttar Pradesh's Aligarh district have been blocked since midnight till 5 pm on Friday in view of the protests planned against the amended Citizenship Act. The administration has denied permission to BSP leader and Mayor Furqaan Ali, who wanted to hold a protest against the passage of the citizenship bill in Parliament, District magistrate Chandra Bhushan Singh said. Elaborate security arrangements have been made in view of the call given by the Aligarh Muslim University (AMU) teachers' association and students for taking out a protest march and handing over a memorandum to the district authorities. The AMUTA and students had announced that they would take out a march from the library to the university circle just outside the campus, where they would hand over memorandum. 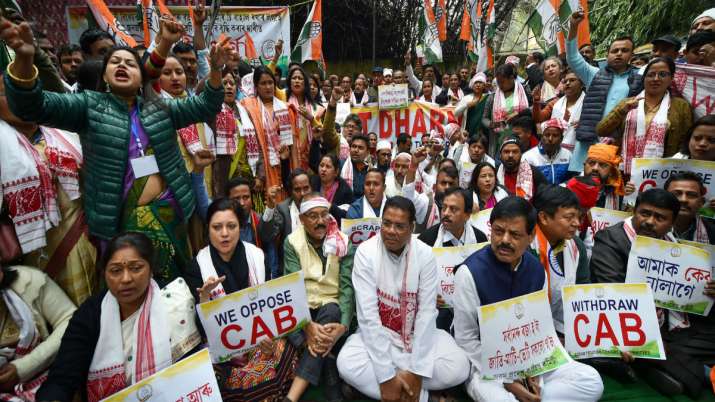 Thousands of people from the Muslim community, protesting against the amended Citizenship Act and the proposed NRC, blocked the National Highway 6 at Uluberia in West Bengal's Howrah district. The protestors, with national flags in hands, gathered at the spot around 2.30 pm and blocked the highway, one of the major roads that connects Kolkata to rest of the country. No policemen were seen at the spot as the protestors sat on the road, set tyres on fire and brought traffic to a standstill. 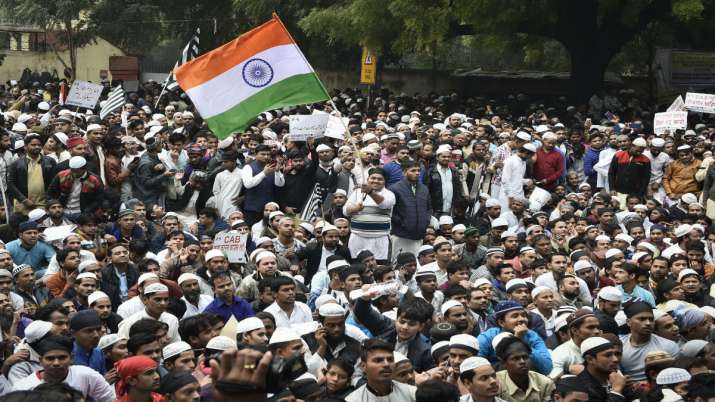 ALSO READ | No state has powers to refuse implementation of Citizenship Act: Govt